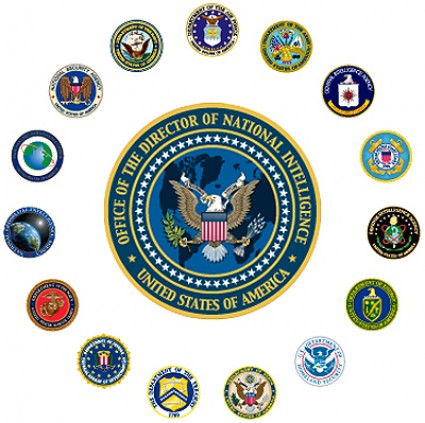 Obama’s terrorist chickens are coming home to roost. And while Rice tries to blame the intelligence community on the Benghazi atrocity, agents are telling a different tale that has the ring of truth. Something that our current administration shuns at every available opportunity. Behold the blame game:

I do not believe the intelligence community is the right target here. It is the Obama administration and their chumminess with the Muslim Brotherhood. 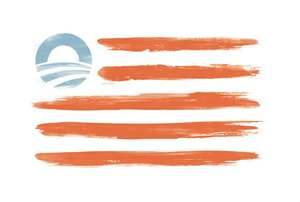 Obama’s ‘Blood on My Hands’ Flag

I am going to ask the same question that Glenn Beck is asking… why?

Now career officials in the Intelligence community are beginning to stand up and scream ‘cover-up’ at Obama and his goons, and rightly so. This is an epic scandal that the press has barely covered involving the exploding rise of terrorism in North Africa, opting instead for Obama fundraisers with celebrities and Lady Gaga escapades. The DC Pravda will do literally anything to take attention off the Middle East and the economy. Anything… and they think we are dumb enough to believe it.

It would appear that Iran has been very naughty indeed and has had their grubby, apocalyptic fingers in a number of Middle Eastern pies including Egypt and Libya, among numerous others. This has been going on for a long time by the way – even if we don’t think we are at war with Iran, they are at war with us. Do the math and you better include nukes and EMPs.

From the Free Beacon/Bill Gertz:

The Iranian effort also seeks to take the international community’s spotlight off Iran’s support for its Syrian ally.

Two House Republicans, Reps. Darrell Issa (R., Calif.) and Jason Chaffetz (R., Utah), stated in a letter sent this week to Secretary of State Hillary Clinton that officials “with direct knowledge of events in Libya” revealed that the Benghazi attack was part of a string of terror attacks and not a spontaneous uprising against an anti-Muslim video produced in the U.S. The lawmakers have scheduled congressional hearings for Oct. 10.

The Office of the Director of National Intelligence (ODNI) and U.N. Ambassador Susan Rice knowingly put out false information on the Benghazi murders blaming the whole incident on a crappy YouTube clip that had nothing to do with it. I believe she was instructed by her ‘higher ups’ to do so. Hillary Clinton has distanced herself from all of this after coming out and acknowledging that it was a preplanned terrorist attack by al Qaeda using the group Ansar al Sharia. Which by the way, a 3 year-old could have figured out since it was carried out on 9-11. Obama has seriously overestimated the stupidity and apathy of Americans in his haughty elitism. He would do well to remember this is not France. We brought him into office and we can remove him from office and will do so in November.

When Clinton fessed up to terrorism, she left out a couple of important details:

“What she failed to mention was the cooperation of Iran and Egypt in supporting jihadists in Libya,” the official said, who added the events would be investigated in an apparent effort to stave off internal critics in government.

That has led to delays in getting FBI and other U.S. investigators into Benghazi, raising concerns that some in the White House wanted to delay the FBI’s efforts to uncover evidence about the attack.

Intelligence officials said in Egypt—currently ruled by the Islamist Muslim Brotherhood—one of the key al Qaeda organizers has been identified as Muhammad al-Zawahiri, brother of al Qaeda leader Ayman al-Zawahiri. Muhammad al-Zawahiri was released by Morsi in March after having been sentenced to death for terrorist acts in Egypt.

In recent months Egypt-based al Qaeda terrorists were dispatched to Libya and Syria, where they have been covertly infiltrating Libyan militia groups and Syrian opposition forces opposing the Bashar al Assad regime.

In addition to Egyptian government backing, intelligence from the region has revealed that operatives from Iran’s Ministry of Intelligence and Security, the main spy service, and from Iran’s Quds Force paramilitary group and the Islamic Revolutionary Guards Corps are also facilitating al Qaeda terrorists based in Egypt that are preparing to conduct operations to increase instability throughout the region.

You don’t have to be a spook or a military genius to see what is going on here folks. As the scandal grows, Congress wants answers:

The subpoena compels Lt. Col. Wood to appear at a House Oversight Committee hearing next week that will examine security decisions leading up to the Sept. 11 Muslim extremist terror assault on the U.S. compound at Benghazi. U.S. Ambassador Christopher Stevens and three of his colleagues were killed in the attack.

Lt. Col. Wood has told CBS News and congressional investigators that his 16-member team and a six-member State Department elite force called a Mobile Security Deployment team left Libya in August, just one month before the Benghazi assault. Wood says that’s despite the fact that US officials in Libya wanted security increased, not decreased.

Intelligence and military officials are beginning to come forward and expose what is going on in the Obama administration. A deafening chorus of crickets can be widely heard from the media as they try to cover Obama’s arse in an election year. But I believe his arse has now grown too big for the oval chair, which explains why it spends so much time empty. While spooks in the machine speak up, Americans need to prepare for the biggest scandal we have ever experienced in an administration. It’s the Obama legacy.

27 thoughts on “Spooks in the Machine Speak Up”