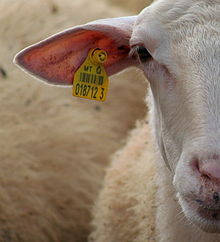 There in the shadows where we cannot see clearly, there are dangers lurking; sounds like pulp fiction, “Only the Shadow knows”… Take for example the Northside Independent School District in rural Bexar County, Texas. School administrators have implemented a program for all students “requiring them to walk the halls with identification cards in their pockets that are equipped with RFID microchips.”

Backers of the program say the move is well intentioned and will actually bring the school millions of dollars in extra funding. Ghastly attendance rates in Bexar County currently keeps the district from earning around $175,000 a day in state assistance, reports KHOU News out of San Antonio, TX. Speaking to that city’s Express-News, district spokesman Pascual Gonzalez explains that the school wants “to harness the power of (the) technology to make schools safer, know where our students are all the time in a school, and increase revenue.

This is Texas after all; I’m surprised these folks don’t just staple a tag on each student’s ear lobe like ranchers do with cattle, pigs and sheep. Can you imagine having the school district track your every move; going to the bathroom, standing at your locker talking to friends, sitting at a table in the cafeteria while some office person keeps tabs on who you’re with and for how long?

But it’s for their own good and besides, look how much money the district will save by being able to account for each and every warm body. I remember a quote, more of a warning, by C.S. Lewis regarding the damage done by folks with good intentions.

Of all tyrannies a tyranny exercised for the good of its victims may be the most oppressive. It may be better to live under robber barons than under omnipotent moral busybodies. The robber baron’s cruelty may sometimes sleep, his cupidity may at some point be satiated; but those who torment us for our own good will torment us without end for they do so with the approval of their own conscience. (emphasis added)

I read where some students have refused to comply with wearing the micro-chip ID card and have been punished for having bucked authorities. One student, Andrea Hernandez, a sophomore at John Jay, was told she could not vote in homecoming elections unless she wore the RFID microchip ID card even though she had her school issued ID card from before the RFID microchips were required.

After Hernandez refused to wear an RFID chip, WND reported that Deputy Superintendent Ray Galindo issued a statement to the girl’s parents: “We are simply asking your daughter to wear an ID badge as every other student and adult on the Jay campus is asked to do.” If she is allowed to forego the tracking now, the repercussions will be harsher than just revoking voting rights for homecoming contests once the school makes location-monitoring mandatory, he argued.

“I urge you to accept this solution so that your child’s instructional program will not be affected. As we discussed, there will be consequences for refusal to wear an ID card as we begin to move forward with full implementation,” Galindo wrote.

It doesn’t sound like the school district is “asking.” More like demanding while at the same time throwing down the gauntlet if you ask me. A few of my friends refer to our public schools as child prisons and indoctrination centers; looks like they might be on to something.

In the movie Shawshank Redemption, Morgan Freeman’s character, Red, had been institutionalized most of his life and had become accustomed to being watched over at all times. When Red got paroled, he was placed in a menial job sacking groceries and during the course of the day he asked, “Permission to make water, Boss?” Has it come to that in our schools? Each student’s activities being observed and recorded so some superintendent can justify receiving a fair share of the State’s money?

I still like my idea about stapling livestock ID cards to each student’s ear so school administrators can keep track of the herd; keep ‘em from stampeding in the halls when the bell sounds at the end of each class. If you see some kid hanging out at the 7/11 during school hours, a bright yellow tag hanging from his ear you can alert the prison guards; I mean, alert school officials that some of that money promised the district is being wasted on a Big Gulp and a bag of chips; after all, it’s for our own good…

One thought on “Enslaving us for our own good”