By: Eric Cornett
Right Side News

Outspoken and passionate in his faith, Maryland Bishop Harry R. Jackson, Jr. tells it like it is. Speaking to his congregation last Sunday in Baltimore, the outspoken man of faith declared his reasons for opposing the re-election of Barack Obama this November 6th. In fact, he offered four compelling reasons to make a stand against the first black president that may resonate strongly in the black Christian community. 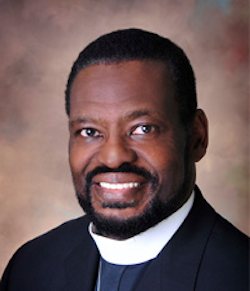 Jackson, Senior Pastor of Hope Christian Church and regional bishop in the Fellowship of International Churches is no stranger to controversial opinions. In fact, it was his stance in 2009 against gay marriage that really put him in the political spotlight. “I believe that the Bible teaches that same-sex marriage is an oxymoron. If you redefine marriage, you have to redefine family. You’d have to redefine parenting. I’m looking at the extinction of marriage. And black culture is in a free fall.”

Back in the pulpit on Pulpit Freedom Sunday, Jackson took a strong political stand on the upcoming November elections. “The Bible says righteousness and justice,”he preached. “We’ve come to a point… there would be a split in the Christian world. And divided, we would not be able to stand. We’re here at the pinnacle of this election. We’re here in 2012 making some awesome choices because we’ve been a little bit slow in hearing the message of righteousness and justice.”

The Bishop emphasized the importance of this presidential election. “I believe that God is giving us in this election one more chance and should he save us from the wrong choice, and I’m going to tell you very specifically what that choice is… I’m going to talk to you (about) why I cannot vote for one of the presidential candidates.” His congregation listened in silence, punctuated with the occasional cheer, as Jackson made his case against the Obama administration.

Jackson argued from his pulpit, “You’re going to bring down God’s wrath, in a sense…because of your rebellion, and nobody gets to have any input.” His tone became incredulous. “I thought you said we have a representative government? I thought the constitution said the people had a voice? I thought we’re supposed to have some sort of interaction? I don’t get it that one group calls itself an underprivileged, if you would, group with no rights, how is it that the group that says it’s being discriminated against takes all the authority, all the privilege, all the rights, pulls all the levers, and has greater rights than the rest of us? I don’t get that! Now, maybe you’re smarter than I am.”

Voters have opposed legislation legalizing same-sex marriage in over half the nation. A recent North Carolina constitutional amendment banned same-sex marriage, and yet the Democrat National Committee convention was held in that state. The Democrat party just doesn’t seem to understand the opposition to re-defining marriage and it may ultimately cost them the election. There are referendums for same-sex marriage on the ballot in four states this November 6th. Bishop Jackson has had enough of Obama and the left-wing assault on traditional marriage. “Now, at your big convention you make a show to be the guy who saved the day, I don’t buy any of that. So you’re against marriage? We’re against you.”

Bishop Jackson made this point clearly with no equivocation. “The president is against the value of human life… The fact that there a law and a healthcare program that wants to pay for abortion and wants to stand against major faith traditions in order to do so says that there’s no a value first of faith’s traditions, and second that there is not a value of human life.” The pastor cited Barack Obama’s Illinois senate record on the matter. “As state senator in the state of Illinois, he voted for abortion in the ninth month at the fifth stage. Meaning, when all fingers and hands are formed. Our president said, “kill that child” and I vote against life. I cannot vote for someone like that knowing that that’s the case.” Obama stated in a 2003 press conference that he supported late-term abortion citing a woman’s choice and calling anyone who opposes such measures to protect the life of babies as “meddlers”. “The fetus, or child — however you want to describe it” has no right in the matter said Barack Obama.

Jackson continued his list of grievances against the incumbent Barack Obama. “Number three… you’re not for Israel. The Bible is clear that if we are against Israel, that there comes attached to that the vengeance of God. I didn’t say it, so many verses in the Bible say it.” The recent United Nations session in New York is a prime example of Obama’s callous treatment of our Middle Eastern ally. Israeli Prime Minister Benjamin Netanyahu had urgently requested a face to face meeting with president Obama while he was visiting the United States. The White House declined, citing scheduling conflicts, and instead generously agreed to permit a telephone conference.

Bishop Jackson cannot abide the lack of support for Israel and makes the case that this is contrary to Biblical teaching, and reminds his audience that there will be consequences. “So now you want to put my nation under a divine vengeance, and you think our economics are going to get better? Because you got a plan? It ain’t worked yet brother!” He continued, citing economic data that underscores that assessment. “Right now, despite whatever current economic indicators might seem to lift in the last month, you got at least 14.4 percent folks unemployed. And then you’ve got the black community that has been the most faithful Christian community, has the highest unemployment rate of any subculture in the land. And they are foolish enough, listen to me black Christians, you are foolish enough to vote against the God who brought you out of slavery! The God who brought you out of the civil rights thing, just because somebody’s skin is black, you’re going to support an anti-God, anti-Gospel agenda, no wonder you can’t get a job!”

The Bishop Jackson has a clear view of just what the consequences of four more years of Barack Obama means for America. He cautions black Christians to be careful when making their choice for president based on race over their religious beliefs. “If you celebrate your race over grace, you ought to do badly. God is spanking you right now! And I’ve got news, you heard it here, the folks that sign on to this now and support the president right now in this, will find that their best days are behind them. It’s gonna get worse, because the principal is, you pray the drought Elijah, who represents the church, the drought stays until, in the mercy of God, we as a church finally say ‘uncle’! We’ll serve God without any repentance. We’ll go wholly his way. We’ll go all the way to God.” He underscores his point with a stern warning that bad times are ahead if we stay the course. “So, it’s got to get worse, it’s got to get worse economically, until America in the grace of God, returns to her God.”

4. Freedom to Preach the Gospel

Rounding out his sermon, Bishop Jackson stated, “So we talked about life, we talked about marriage, we talked about Israel, and the last thing, it is religious liberty. Remember, Elijah said, ‘I only am a prophet of God’. That was not by mistake. Jezebel and Ahab had so intimidated the voice of a prophet in the land. They were intimidated to speak. Elijah had to come out of hiding. Four more years of Barack Obama will ensure an aggressive anti-Christian spirit that currently has hold of the administration and this country. Beware, my Christian friends, you should not vote for Barack Obama! We do not endorse Barack Obama for president of the United States.”

And he’s not alone in his position. Black ministers and clergy around the nation are making similar sermons urging their congregations to not support Barack Obama this November. As Harry Jackson concluded his sermon and the clear political statement to his congregation, he received scattered cheers. Not one person in attendance objected vocally. His message included a warning and a call for action. “So we’re at this place. Should God give us four years of reprieve from the current administration at the White House… we’re going to have to make a pact as Christians that we’ll do something… Something ain’t right in America!”

And indeed, there is a groundswell of opposition amongst evangelical black Americans that may lead to increasing erosion of black support for Barack Obama. As the Obama campaign becomes more desperate, their true faces are starting to shine out from behind the mask. Americans are beginning to see that Barack Obama represents a pattern of consistent failure and lack of fidelity in matters that mean the most to them. Statistics show that America is still a largely Christian nation with values rooted in tradition. The extremist views of liberals who have hijacked the Democrat party are increasingly anathema to Americans who value and respect the founding of our nation in the Christian traditions.

Eric is a writer and professional photographer in charge of the Right Side News graphic design projects. Devoted father of four and husband, Eric is proud to be head of a traditional nuclear family in times where proclaiming such is politically incorrect.