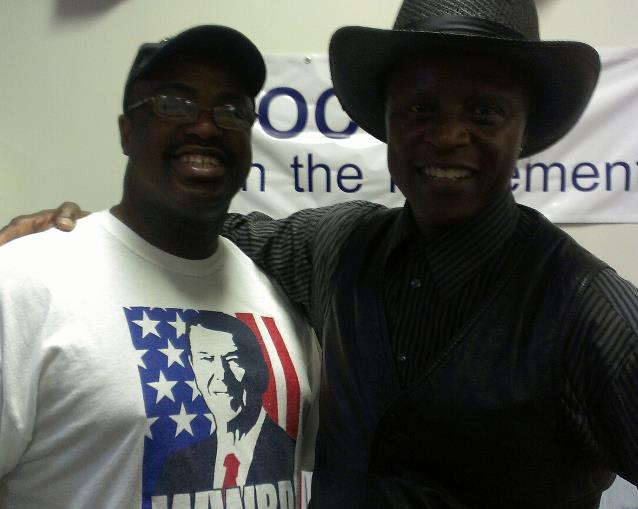 In Grand Blanc, MI, our Rebuild America Defeat Obama tour buses were met by protesters holding printed Obama signs. About half of the dozen or so protesters were black. When I, a black conservative, stepped off of the bus, a black male protester approached me yelling, “You need help! You are Crazy!” A black female protester yelled, “How much are they paying you?”

Proving herself to be a racist brain-dead Obama zombie, an elderly black woman shoved her Obama sign in my face yelling, “Sin! Sin! Sin! You should be ashamed!” This woman calls me a sinner while completely ignoring that her hero, Barack Obama, supports killing babies, most of which are black. She also ignores that Obama supports same-sex marriage and has vowed to be an advocate of the gay, lesbian, bisexual and transgender communities.

Assuming that the black woman who called me a sinner considers herself to be a Christian, she has been deceived into worshiping a false god of skin-color over her commitment to Jesus Christ.

Upon our entire team exiting the tour buses, the Obama protesters followed us from the parking lot inside the Grand Mall where we where having our rally. They taunted us and tried to disrupt our inspiring and uplifting event. They failed miserably.

As a matter of fact, the Obama protesters proved to be a blessing. Their presence at our rally provided a golden opportunity for me to direct specific comments in my speech towards them.

I whipped out my driver’s license. “Look folks, I have a photo ID!” Then, turning to the protesters, I continued, “This confirms that the Congressional Black Caucus, NAACP, Obama Administration and the mainstream media are wrong! Black people are NOT too stupid to acquire a photo ID!”

The standing room only crowd of patriots erupted with cheers, laughter and applause. One of the Obama minions yelled, “You’re a clown!”

Continuing my speech, “Folks, according to the Democrats, I am a very weird sick black man. I do not resent white people. (turning again to face the protesters) I don’t believe anyone owes me anything. But worst of all, I LOVE MY COUNTRY!!!”

After our extremely successful enthusiastic rally, the protesters continued their taunting. You would think some in their group would at least ponder the truths/facts they heard from various speakers during our rally. They did not. They continued to call me names, one of which was “a shameful sellout”. Apparently, the Obama protesters heard nothing.

What struck me most about the protesters is that they were mindless, TOTALLY driven by emotion and racism. They need our prayers.

We ended the rally with everyone singing God Bless America!

The Campaign to Defeat Barack Obama…

Be sure to see Denise Simon’s …explosive… revelation of September 18-20:

WEAPONS HUNTING: The Reason for the 9-11 Murders in Libya

Video: “American Crossroads: ‘Act of Terror’“
Fox News is now reporting this critical information. I am told they will be broadcasting a special, this Friday evening. Will it be dealt with, in the presidential debate on foreign policy, this coming Monday? 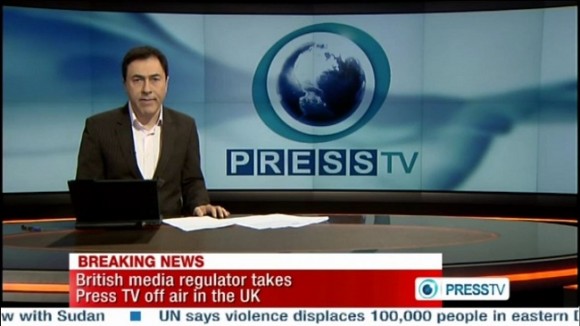 Big Bird came up during Tuesday night’s debate, when President Obama cited the Sesame Street character as an example of a specific budget cut proposed by Mitt Romney. The problem with taxpayer-funded public broadcasting isn’t just the money being spent, it is that we’re subsidizing content such as one-sided foreign propaganda broadcasts.

Florida broadcaster Jerry Kenney has taken a look at this aspect of the bias. His analysis shows that the federally-funded Corporation for Public Broadcasting (CPB) funneled $27,580,113 into MHz Networks and its affiliates in fiscal year 2011.

MHz Networks is a division of Commonwealth Public Broadcasting, based in Richmond, Virginia, and distributes Al-Jazeera, the voice of the Muslim Brotherhood, the Moscow-funded Russia Today (RT) channel, and CCTV, under the rubric of “Programming for globally-minded people.” MHz Worldview calls itself “alternative programming for U.S. public TV stations and other distributors.”

All of these foreign propaganda channels are being broadcast in English. He Qinglian, a Chinese scholar who came to the U.S. after working in the propaganda department of the Chinese Communist Party, has told Epoch Times that English-language propaganda broadcasts on China being beamed into the homes of Americans are part of an effort to polish the image of the regime.

“They want to, through media propaganda, subtly and imperceptibly change people’s views of China so they’re the same as those of Xinhua [the official press agency of China] and the Chinese government,” He Qinglian said. “They want Americans to stop using American values and concepts of human rights to understand China.”

As we have previously reported, Kenney hired a lawyer to file a complaint with the Federal Communications Commission, arguing that the contracts between the public TV stations affiliated with Commonwealth are being improperly used for the purpose of broadcasting foreign propaganda in the U.S. Violations of the rules can result in financial fines and revocation of broadcast licenses. “U.S. taxpayers should not be forced to subsidize the distribution in the U.S. of another country’s propaganda,” Kenney says.

Kenney has also filed a complaint with the U.S. Department of Justice alleging that the foreign propaganda channels are violating the law by not disclosing in their propaganda broadcasts that they are agents of foreign powers.

One of the foreign propaganda channels not yet carried by MHz is English-language Iranian Press TV, which has a studio in Washington, D.C. and is available in the U.S. through YouTube and the Internet. It has a “U.S. Desk” that covers the United States, and its correspondents operate in the nation’s capital and beyond.

A mouthpiece of the Iranian regime, Press TV, claims that the Israeli government orchestrated the 9/11 attacks and ran a story insisting that “Jewish bankers” are behind the financial problems in Greece.

Kenneth Timmerman has noted, in a major investigative report for Accuracy in Media, that the Obama Administration permits Press TV “to operate on American soil without a license and in violation of U.S. sanctions regulations, which ban commercial transactions with Iran. It appears to be another example of Obama coddling the terrorist regime.”

Press TV and other Iranian channels were recently taken off the air by the British telecommunications company Arqiva, and European Satellite provider Eutelsat, in accordance with European Union economic sanctions against Iran.

The group, United Against Nuclear Iran (UANI), had urged these entities to drop Press TV and the other Iranian channels. UANI CEO, Ambassador Mark D. Wallace, said, “Arqiva has made the right decision, and we applaud it. We also applaud Eutelsat for taking these Iranian broadcasters off the European airways today. Any entity committed to free speech must completely distance itself from the Iranian regime, particularly given the regime’s libelous programming that regularly includes hate speech against religious minorities, forced confessions of peaceful dissidents and civil society activists, and show trials of political prisoners.”

The attention should now turn to Press TV operations inside the U.S.

As Timmerman reported for AIM, “Press TV has used a number of subterfuges to skirt the U.S. sanctions on commercial transactions with Iran.” It operates through the Iranian Mission to the United Nations and production companies operating in the U.S.

As this story was being written, one of Press TV’s Washington, D.C. correspondents, Marjan Asi, called AIM, asking for comment on the decision by the European satellite providers to drop the Iranian government channels. We told her that the actions were justified under the sanctions that are designed to stop her government from developing nuclear weapons. She saw it as an assault on free speech.

Asi is listed as a writer for the website of Crescent International, described as “a publication of the Institute of Contemporary Islamic Thought.”

The website features a question of the month, which asks whether people agree, disagree, or don’t know regarding the statement, “US-Zionist threats of war against Islamic Iran are illegal and if launched could lead to the Third World War.”

This is why I call Michelle Malkin a patriot and am proud to call her friend. 🙂