Counting the days until we have the opportunity to throw the Muslim communist out of The White House, the whole world is seemingly watching and waiting to see what Barack Hussein Obama will do for his October Surprise to turn the voters back to his side. And I wouldn’t be surprised if he uses the moment during his third debate with Mitt Romney on Monday night when most Americans will be watching.

And certainly, Obama has his pick of choices since the whole world is in a big pot of trouble. Europe is in a financial meltdown partly due to its own social welfare programs and the unexpected rise in foreign immigrants pouring in from the Middle East and sucking up the public welfare.

China is causing great concern flexing its muscles due to the staggering trillions of dollars Obama has borrowed to pay for his Socialist takeover of America and that is on top of the additional trillions of dollars it rakes in from cheap labor and cheap quality Made in China merchandise sold in every store in the USA. China is so flushed with money it has begun its own man in space program and vastly increased the size of its military might. They even considered naming a new billion-dollar aircraft carrier after Wal-Mart out of gratitude.

The American Armed Forces fighting Islamic inspired terrorism in Iraq and Afghanistan are in a turmoil dealing with Obama’s new Rules of Engagement orders that essentially makes them easier targets for Taliban/al Qaida/Muslim fighters. Obama is so concerned over the backlash from our military that his Democratic Party has actively worked to deny our fighting troops on the battlefield access to early voting ballots.

Many American Jews have begun to realize that their blinded support for Obama has jeopardized their dual citizenship status with Israel. Since Obama has withdrawn support from Israel and placed them in the cross-hairs of a homicidal maniac running the government of Iran who has been hell-bent on building a few atomic bombs and has threatened to annihilate it.

Obama has even asked Russian Prime Minister Vladimir Putin to tone down his sabre-rattling rhetoric until after the elections so he will have more flexibility to work with him. The choices go on and on.

But the one big surprise that Obama is counting on to turn the tide away from his defeat in November is to make a really big announcement that he has solved the entire Middle East conflict and finally earned the Nobel Peace Prize that he was given for doing nothing.

“WND has also reported the Obama administration has cut a last-minute deal with Ayatollah Ali Khamenei in Iran in which it will work to ease economic sanctions on Tehran in exchange for an agreement to halt uranium enrichment, at least temporarily.”

“As reported exclusively by WND Oct. 4, a three-person delegation led by a woman on behalf of the Obama administration traveled to Qatar about Oct. 1 and met with Iranian counterparts, including Ali Akbar Velayati, the former foreign minister of the Islamic regime and a close adviser to Khamenei on international matters.”

“In the meeting, according to the source, the U.S. delegation urged an announcement, even if only on a temporary nuclear deal, before the U.S. elections to help Obama get re-elected.”

“At least temporarily” but not a permanent solution, just a temporary one until after the elections. So in Obama’s eyes the fate of the world, the lives of an entire nation, all become a bargaining chip to be used to get re-elected. And then what happens afterward? Iran finds an excuse to back out of the deal and they continue to build their doomsday bombs? Isn’t this all for show? Just a move to boost his ratings in the pols. Truly, the man has absolutely no sense of morals or character. He places himself and his plan to destroy America ahead of everything else. One thing we can be sure of is that the leftist news media will turn the event into a non-stop circus of glad tidings right up until November 6th. 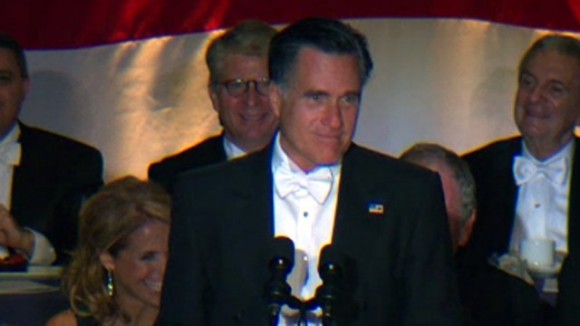 Speaking at the Al Smith dinner, which benefits Catholic humanitarian causes, Mitt Romney took on the press in a joking manner that struck many as truthful. “Now I never suggest that the press is biased,” he said. “I recognize that they have their job to do, and I have my job to do. My job is to lay out a positive vision for the future of the country, and their job is to make sure no one else finds out about it.”

He went on, “Let’s just say that some in the media have a certain way of looking at things. When suddenly I pulled ahead in some of the major polls, what was the headline? ‘Polls Show Obama Leading from Behind.’ And I’ve already seen early reports from tonight’s dinner. Headline: ‘Obama Embraced by Catholics. Romney Dines with Rich People.’”

Meanwhile, Professor Paul Kengor was not joking when he told Breitbart News that the job of the major media “is to protect Obama, not expose him.” Kengor has experienced media bias first hand since his blockbuster book, The Communist, came out in July. It exposes Obama’s relationship with Communist Party operative Frank Marshall Davis.

Frank, a character from Obama’s book, Dreams from My Father, was revealed to be Frank Marshall Davis in 2007, when a Communist Party writer named Gerald Horne made the disclosure. Blogger Trevor Loudon wrote about the connection that same year and AIM confirmed the identification of “Frank” as Frank Marshall Davis on February 18, 2008, in a column, “Obama’s Communist Mentor.” Davis’s 600-page FBI file was released in August of that year—before the election.

Asked by Breitbart News if any mainstream media journalists have contacted him about his definitive and exhaustive analysis of Davis and his relationship to Obama, Kengor replied, “Are you kidding? No way. Not a chance. They’ll send a team of a dozen reporters to fact-check Sarah Palin’s memoirs or a Romney speech, but not to investigate the President they’ve committed to coddle and preserve.”

Kengor said of the media, “They aren’t real journalists. They’re political partisans first and journalists second. They’re not honest, or they delude themselves on a grand scale. They’ve sacrificed their noble profession to an ignoble political ideology.”

Except for the jokes at the Al Smith dinner, the Romney campaign has decided not to attack media bias, even though liberal media strategies of distortion and omission can cost a Republican candidate critical voter support and in Romney’s case guarantee an Obama re-election victory on November 6.

Tim Groseclose, author of Left Turn: How Liberal Media Bias Distorts the American Mind, told AIM in an interview with Roger Aronoff that the leftward bias of the media has shifted the political quotient of the average American by about 20 points on a scale of 100, in terms of conditioning the public to accept the Democratic Party, its candidates and policies. This translates potentially into millions of votes. One of the many tactics, Groseclose said, is to cite liberal groups as reliable and reputable sources of information and identity conservative sources by their political leanings, thus reducing their appeal and attraction.

At the AIM “ObamaNation” conference on September 21, pollster Pat Caddell urged Romney to openly run against “two organizations”—the Democratic Party and the “mainstream media.” He said the media have “made themselves a fundamental threat to the democracy, and, in my opinion, made themselves the enemy of the American people,” because they hide information that is critical to making informed decisions in a democracy.

However, Romney told CBS News that he had no plans to challenge media bias.

This approach reflects the influence of Romney adviser Ed Gillespie, who has said the campaign has a “no whining rule” about media coverage. “We just deal with the facts,” he said.

GOP strategist and SuperPAC sponsor Karl Rove told a gathering of Republican donors that he has advised Romney and other Republicans not to attack Obama as a socialist or a left-winger because the charges would be met with denials. He urged a “respectful tone” toward the President.

Although the media and the Republican Party establishment do not want to deal with Kengor’s book, The Communist, Frank Marshall Davis is the subject of the Joel Gilbert DVD, Dreams from My Real Father, being mailed to millions of households in the various swing states. The media are starting to take note of this. “Radical Anti-Obama DVD floods Florida mailboxes” is the headline over one story carried by a Florida television station.

While Gilbert’s theory about Davis being Obama’s real father is subject to discussion and debate, his film does cite factual data about Davis’s relationship with Obama and notes the existence of the 600-page FBI file on Davis.

If there is nothing to hide in this relationship, Paul Kengor told Breitbart News, then why did Obama himself delete the references to “Frank” in the audio version of his book, Dreams from My Father? “Obama narrates the audio version,” Kengor notes. “The liberals feted him with a Grammy for his sterling narration. And the back cover of the audio states, ‘This abridgment has been approved by the author.’”

Kengor said, “Frank appears in every section of the memoir, all three parts, starting in Hawaii and then when Obama thinks of him later in Africa, Europe, Chicago. It’s not like Frank appears only on pages, say, 15-22. He appears throughout the text. It’s eerie to be reading the book in hard cover, and listening simultaneously to the audio, and see and hear everything the same, line to line, sentence to sentence, paragraph after paragraph, page upon page, and then suddenly, on a dime, out of the blue, come upon a printed sentence or paragraph that mentions ‘Frank’ and—bam—the audio suddenly skips ahead. It’s chilling. It’s clearly deliberate. No question about it. It’s clear concealment.”