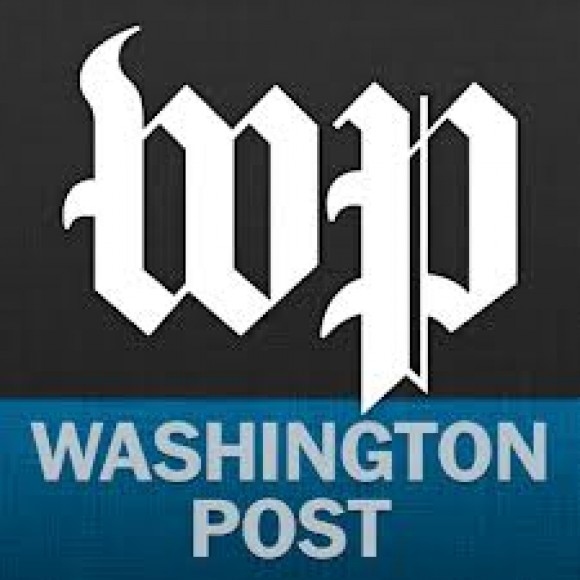 On Friday, October 26, and the following Monday, October 29, The Washington Post resorted to the race card in order to drum up support for Barack Obama. If Obama doesn’t get more white votes, as reflected in current polls, he will go down to defeat on November 6.

“The erosion of support Obama has experienced since his muted performance in the first presidential debate has been particularly acute among white men, whites without college degrees and white independents, the new tracking poll found,” the paper said.

The Post is worried. Its strategy is to accuse whites of racism for opposing Obama’s second term.

The first article noted that white people were overwhelmingly for Mitt Romney. The second article said Obama was desperately trying to appeal to white people but they were leaving him anyway.

In the first story, which carried the print edition headline, “Whites’ support for Obama eroding,” the paper said there was no way to tell “what role, if any, racial prejudice may play on either side of the racial gap. But the data suggest that concern about the economy is amplifying the division, as Obama’s decline in support among white voters appears to be closely linked to views of his handling of the economy. And yet minorities have suffered severe unemployment and housing foreclosures in the current economy as well.”

In other words, blacks are sticking with Obama despite the bad economy. So perhaps the racism lies with some of those backing Obama. But the Post can’t acknowledge or see that. The focus of the piece was on whites being racist, even though the paper admits that white support is declining for Obama because he has mismanaged the economy.

The Post clearly understands that stories about a communist influencing Obama as he was growing up in Hawaii would not sit well with voters, if the relationship were to be exposed and investigated. Hence, it must be covered up. As a result, Davis has been replaced as “mentor” by Ogletree.

Professor Paul Kengor wrote a book on Davis entitled The Communist, which also examines the Davis-Obama relationship. The Post will not review or comment on the book.

I recently taped an interview with Kengor in his office at Grove City College in Pennsylvania and asked him about the bias of the Post and other “mainstream media” organs in protecting Obama. He said they subordinate journalism to their political ideology, in this case the cause of making sure Obama gets re-elected.

Obama had referred to Davis as just “Frank” in his memoir, Dreams from My Father, and all references to “Frank” were eliminated from the audio version of the book.

Kengor said, “You’ll be reading a hard copy of Dreams from My Father and you’ll go down, line after line…you’re listening to it on the audio…here comes the Frank Marshall Davis paragraph—boom—it just skips. It goes right over it. That’s a jarring thing.”

Kengor says the media don’t want to know or report the truth about Obama, or why Obama would cover up his link to a communist agent for Moscow.

In its attack on white voters deserting Obama, the Post reported, “Obama rarely discusses his innermost feelings about being the first African American to occupy the Oval Office, according to friends and associates, preferring to keep his thoughts closely held, shared with only a select few.”

Perhaps this is because Obama has Frank Marshall Davis to thank for his “innermost thoughts.” We discussed this subject in our report, “Reason to Hate: Barack Obama’s Racist Roots.” We noted, “Obama’s own book, Dreams from My Father, talks about asking ‘Frank’ for advice when his white grandmother had been accosted by a black panhandler. Davis told Obama that his grandmother was right to be scared and that ‘She understands that black people have reason to hate.’”

We pointed out that the evidence shows that Davis was a black racist who saw sinister white plots in the foreign policies of the United States and other Western nations.

In order to drive the point home that whites are racist if they are against Obama, the Post ran another story, “Poll: Majority prejudiced against blacks,” on October 28. The survey found that “a slight majority of Americans now express prejudice toward blacks whether they recognize those feelings or not.”

Notice the phrase “whether they recognize those feelings or not.” In other words, the AP’s “experts on race” alone determined if you are racist or not. There was no objective measure used to determine the outcome.

In this completely subjective survey, people were asked questions about whether they believed that Obama was a socialist, a foreigner, or a Christian. The answers factored into whether someone was a racist or not.

One thought on “Washington Post Finds Racism Behind Romney Surge”