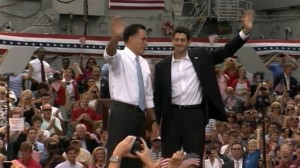 I’ve been wondering what in the world Mitt Romney is or is not doing, regarding the Benghazi debacle and what he is having to do regarding its heinous backstory. More on the latter, later.

From two bomb blasts by the Republican side last night and one, today, it appears he is willing to fight a proxy war to challenge Obama’s deviance. These came via Fox News, from Newt Gingrich, former Assistant Secretary of Defense Bing West, and former Attorney General and official Romney team member, Michael Mukasey. I suggest listening closely, to all three recaps. Republicans speaking out at such a time may be considered surrogates for Romney, directly or indirectly, with or without plausible deniability — and the Romney campaign knows it.

Gingrich: at 9:27 Greta brings up Benghazi

“There is a rumor — I want to be clear, it’s a rumor — that at least two networks have emails from the National Security Adviser’s office telling a counterterrorism group to stand down,” Gingrich said. “But they were a group in real-time trying to mobilize marines and C-130s and the fighter aircraft, and they were told explicitly by the White House stand down and do nothing. This is not a terrorist action. If that is true, and I’ve been told this by a fairly reliable U.S. senator, if that is true and comes out, I think it raises enormous questions about the president’s role, and Tom Donilon, the National Security Adviser’s role, the Secretary of Defense Leon Panetta, who has taken it on his own shoulders, that he said don’t go. And that is, I think, very dubious, given that the president said he had instructions they are supposed to do everything they could to secure American personnel.”

West and Mukasey bring the executive branch side of GOP gravitas to bear and show that Republican pols and Romney are asking some of the right questions – the ones about what happened during and after 9-11-2012.

The facts are building and building. It could now be called the Benghazi Bubble. And the corrupt failure of all but a trickle-down of journalism coming from the Marxstream media is now contributing to the bubble effect. Oops, they haven’t even been spoon feeding us enough!

But the most critical elements of the Benghazi travesty will not be dealt with, if the investigation is done between globalist, neo-Marxist Democrats and globalist, semi-fascist Republicans. Even beyond the weapons handling and dealings involved, the fact finding must deal with the U.S. involvement in Arab Spring, the plans of “Civil Society,” and the use of the doctrines of “Right to Protect.”

There are hands elephantine as well as asinine in those dirty dealings.

As always, for more from the Gulag on Benghazi, use our tag, among those shown below: “Benghazi.”

One thought on “What is Mitt Romney doing about Benghazi? Here’s What (video)”