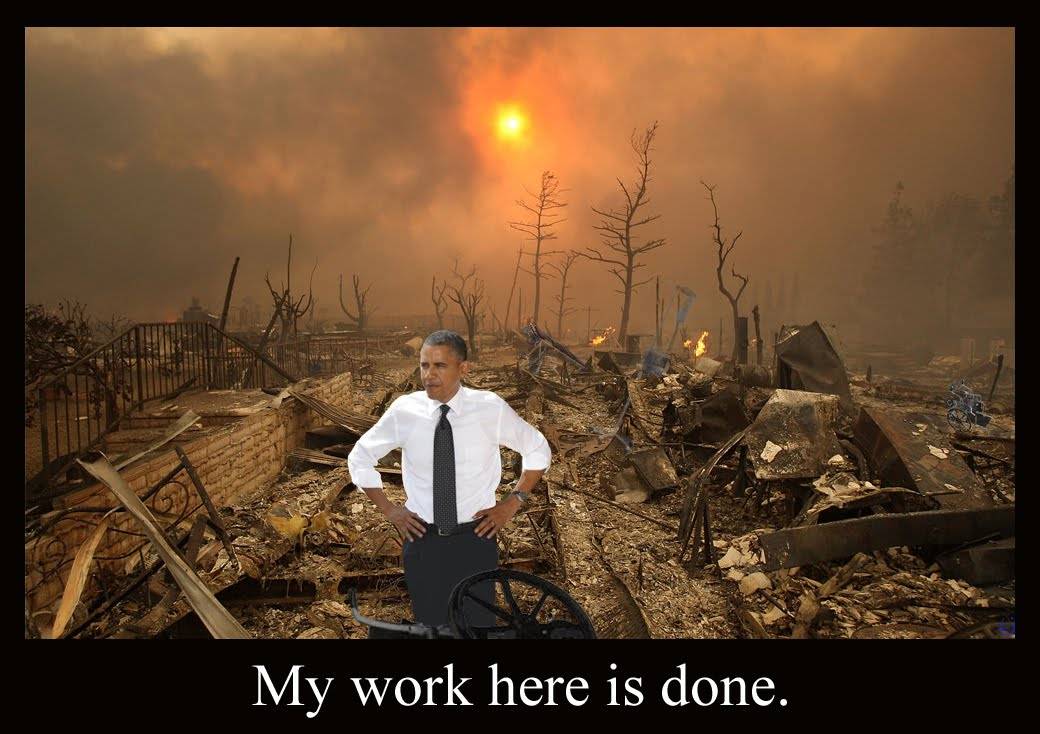 Zombie has a great post up stating the ‘glaringly’ obvious – there was no October Surprise because the last four frigging years has been one long horrific surprise. And it just keeps getting worse.

One long scandal after another with the Pravda press providing cover – worthy of Soviet Russia at the height of their iron grip. We have researched (which will never stop) those surrounding the President and the President himself non-stop. We have screamed at the top of our lungs about the radicalism, corruption and vileness of this Administration. Crickets. But, I am convinced, despite the evil manipulation of the Obama cabal and the press, America has heard us and Tuesday, Mitt Romney will become our next President. I have prayed and fasted as millions of others have. I have prayed on my knees and through each waking breath that Obama will be removed. The final outcome is now up to divine providence.

For a thorough listing of Obama’s scandals, crimes, misdeeds and blunders, you need to read Zombie’s post. It’s a stark reminder of what we are fighting for and an excellent expose on Obama. More to come as well.

This article is a reflective glance to help comprehend the one-sided divisions being done against the People of the United States of America.

Let’s say Mitt Romney is President of the United States. And then, let’s say, there’s an attack on our Embassy in Saudi Arabia. For sake of this view, let us also note that the Ambassador there is black. Now let’s say 3 other black servicemen died with our Ambassador, who, like Chris Stevens, was sodomized (apparently somehow this is okay with the Quran).

Someone tell me we wouldn’t have Al Sharpton, Jessie Jackson, Van Jones, the ACLU, and as many as possible in the Liberal leaning press doing all they could to get an investigation. Of course they would take every piece of evidence, from the lie stating that “the attack started over a video,” to the actual workings of 9/11/2012 that show all measures of aid were denied even while various government agencies were watching these people killed, claiming this is evidence that “Romney let them die because he is a racist.”

President Romney wouldn’t be able to get away with saying, “I issued an order to give them anything they need.” He’d have been called a liar without anyone even looking to see if an order exists or not. Every activist group for racial equality of any kind would be out contacting everyone in their communities about “those heinous racial acts of President Romney,” to then connect this to the Republicans and then claim it is all the Tea Party’s fault.

What you just read is the quick summary explanation of the mind of the enemy, of the meaning of the collective to use their persistent anti-conservative (and anti-American in my book) bias agreement as their moral authority, irrespective of the obvious, particularly those pesky facts. This is because their collective is an emotional one, wrought with knee-jerk reactions for sake of a movement that once sought equality, but has since re-defined this to mean vengeful oppression. They must to survive, for America showed that the change they had been waiting for had happened, the proof was the election of an African-American President, and this took the wind out of their sails. You see, their ideas about shaping things based on shaping the up and coming generations is a track they stopped following, assuming their objective to be impossible, a perfect power trip for those who seek to have power over an emotional mass. But then America proved that racism is dead by voting in an African-American President. The trouble is their movement, both on the street, and in the Oval Office, lags far behind the American People, unless of course they are doing this on purpose, for sake of the power they had for so long, entirely based on the assumption of a racist America and hatred of all things owned by those who, in their mind, are so racist. Yes, the hate motivated racism against all who aren’t black in particular, is a rug that’s been pulled out from under the racist leftist black leaders.

But they would easily claim that rug exists the moment Romney is elected, and of course this goes to show who the real racists are now, doesn’t it? I mean, the blind eye they are giving to Obama when 4 white men died is something I expect, however not because they are black and those who died are white, but because this issue has not been an issue for a very long time, and has been dead, only to be given CPR by the racist leftist black leader.

And to make sure, whether Obama issued an order or not for Ambassador Stevens and any who were in Benghazi to get the help they need doesn’t matter, for either he did it and those under him ignored his order, or, he lied, and, in either case, it is the utter incompetence of the Obama administration on display for the world to see.

Thus this American of a variety of racial descendents asks where all these folks who jump up and down screaming racism are now that it appears a black President has let 4 white Americans die in Benghazi. If they treat this as meaningless now, I contend they have agreed to never bring it up again, even if it is 4 black people who die serving under a white President. Please, make sure that whoever you’re putting in Congress or the Senate isn’t one who would jump upside down and sideways to get Romney impeached over a Benghazi-like incident, but is remaining silent or even being reserved at all, as to African-American President Barack Hussein Obama’s failure to protect 4 white Americans in Libya with full knowledge of escalating violence that suggests inside knowledge and a targeting of our Ambassador, Chris Stevens, who supported the Libyan rebels in overthrowing Gadhafi.

In a way, maybe in setting forth that Obama is a Racist President for allowing 4 white Americans to die I am illustrating “change we can believe in,” and that “change” is one of Obama’s fulfilled promises. Further illustrated by my wondering what African-American from Chicago wants to be the U.S. Ambassador to Libya.

P.S. I have to admit that Susan Rice’s talk show circuit to emphasize this was all started by and over a video may admit that Obama isn’t racist at all but that he is simply suffering from an extremely overdeveloped incompetence, exacerbated by a bipolar disorder where all personalities involved have a common trait of narcissism. 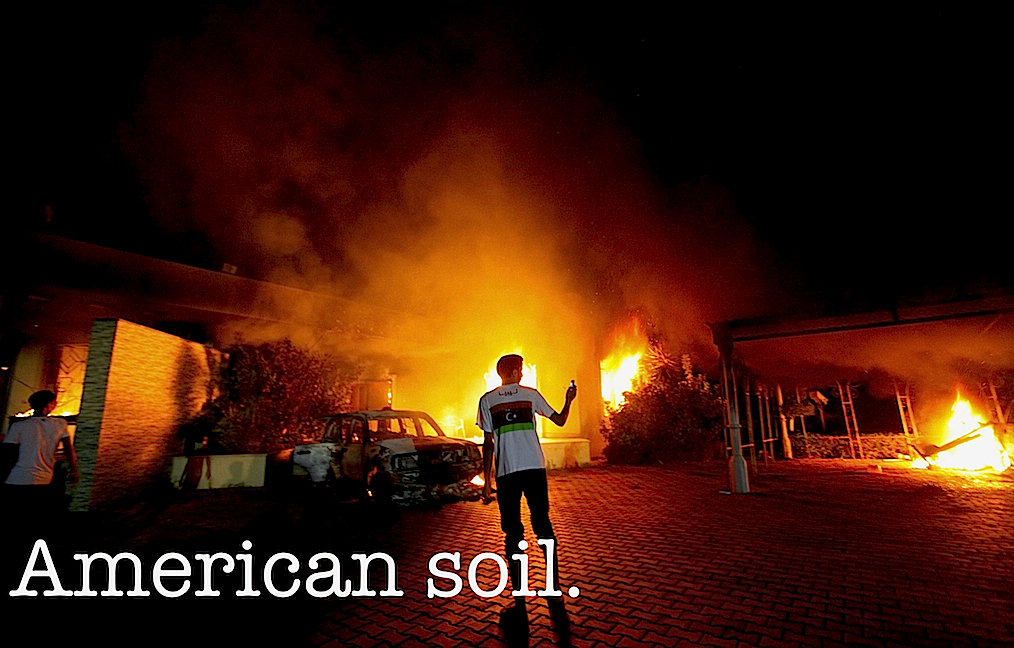