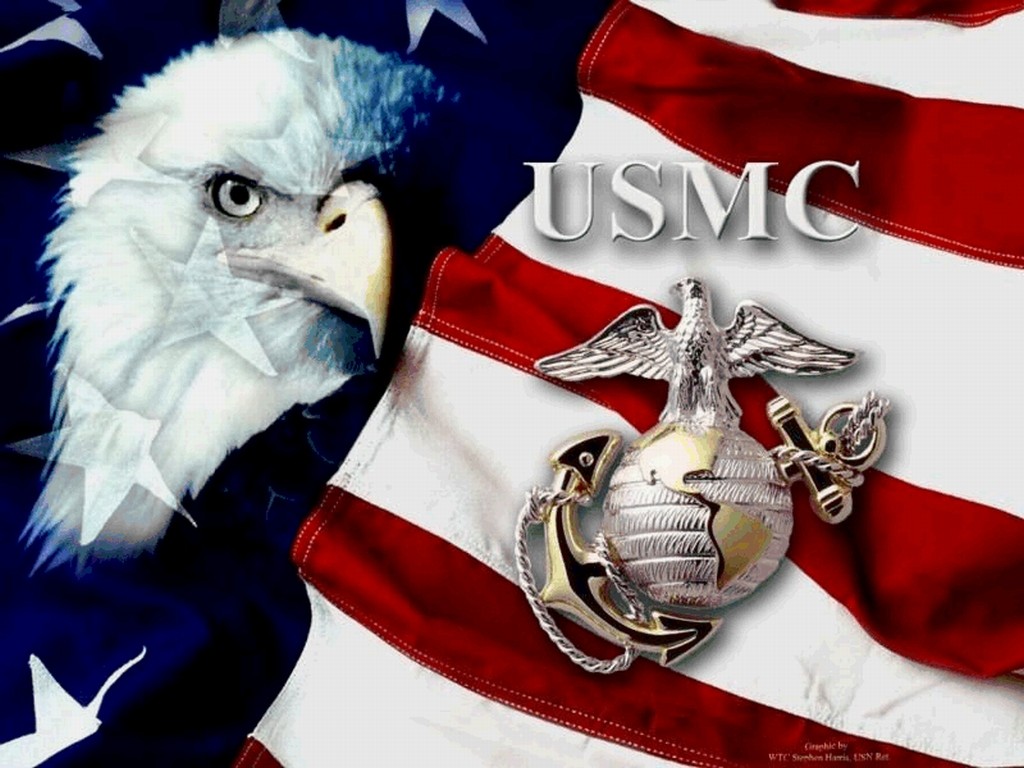 On this Saturday, the 237th anniversary of a little get-together in Tun Tavern, Philadelphia, PA, we wish long life and good health to those men who (in the words of Eleanor Roosevelt) “… have the cleanest bodies, the filthiest minds, the highest morale, and the lowest morals of any group of animals I have ever seen.” Allow us to echo her closing sentiment: “Thank God for the United States Marine Corps.”

Happy birthday to any members of the Corps, past and present.

Petraeus Resignation is About Putting Arms and Men in Syria 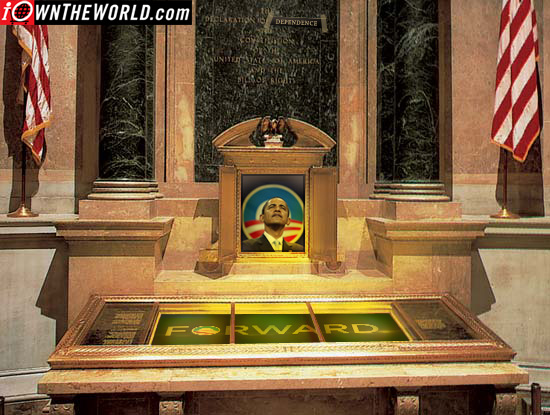 …and The Bill of Rights To Your Stuff.

From the awesomely epic iOwnTheWorld… 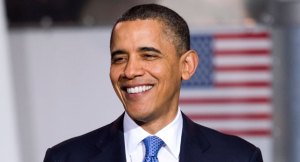 How lucky can he be?

In Florida: Obama Got Over 99% in Broward County Precincts

What Luck! Obama Won Dozens of Cleveland Districts with 100% of the Vote

Fraud in PA: Obama Got Over 99% of Vote at Polls Where GOP Inspectors were Removed; Turnout Somehow “30%” Above Gov’t Numbers

Allen West. Not so lucky…

When faced with the astronomical figures, Gertrude Walker, Supervisor of Elections for St. Lucie County, said she had no idea why turnout was so incredibly high. She was flabbergasted, saying, “We’ve never seen that here.”

I am writing you today for two reasons.

First, I have heard from many Patriots who remain very disheartened about the election and direction of our country. I have also heard from many who appreciated the words of encouragement in Thursday’s column, “We’re Back in the FIGHT!,” and have forwarded those to family and friends. That message is reprinted below so please forward them to others who need encouragement.

Second, I wanted to send you the most current county-by-county election map, which clearly reveals what state election maps don’t, and what Obama and his Leftist cadres do NOT want you to contemplate. It shows where Leftist constituencies reside. (By the way, we have taken the Liberty to correct the colors — red is a much more fitting color for the Leftist strongholds.) 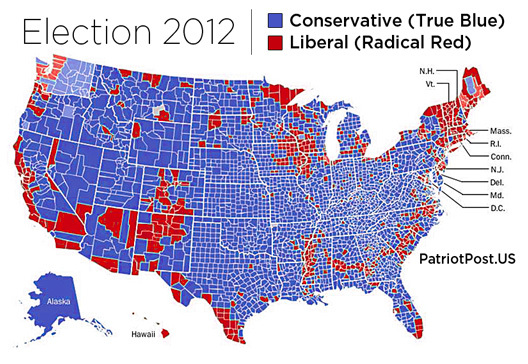 Computer Programmer Testified to a House Judiciary Committee He Was Requested to Write Code to Rig U.S. Elections

In 2001, Clinton Eugene Curtis, a computer programmer from Florida, testified before a congressional panel that there are computer programs that can be used to secretly fix elections. He explains how he created a prototype for Florida Congressman Tom Feeny that would flip the vote 51%-49% in favor of a specified candidate. 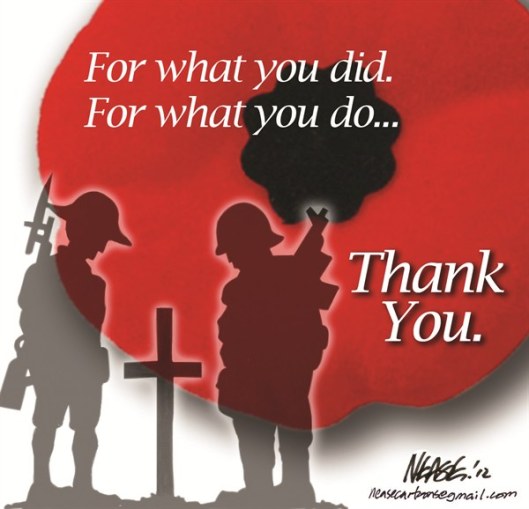 It is Veterans Day weekend, a time to remember the sacrifices made on our behalf by so many for our freedom and liberty.

This weekend is special for another reason — a veteran near and dear to my heart. This Sunday, Nov. 11th, friends and family will remember my dear friend and radio show producer Dave Logan with a ceremony on the beach at Cape Canaveral. There, we will scatter this patriot veteran’s ashes on a day so appropriate for his love and service to our country, a day when we honor all our uniformed men and women of the military. Dave served in the U.S. Army’s 7th MP Company, at Ft Ord, CA.

I visited Dave’s blogsite this evening to reflect on all the posts he wrote about Veterans Day. He never forgot our vets. And he never wanted us to forget either.

I found one post in particular that I am reprinting here because in it, Dave linked to the wonderful organization “Bugles Across America”. Please read it and know that this Sunday morning, one of those volunteer buglers will – at Dave’s request — play taps on the beach as we fulfill both of Dave’s final wishes — that a bugler from BAA sound taps as his earthly remains are joined with the sea and sand near the place where America celebrated its finest moments — in the shadow of the launch pads that sent our men on their way to the moon. 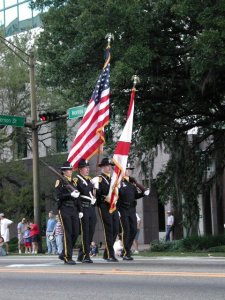 Posted on the 11th Month, 11th Day, 11th Hour. Take a moment today to honor all the Veterans of this great Nation.

Two sites related to our military that you should check out: Great Americans and Bugles Across America. Monday night, Andrea interviewed reps from these two sites. They do extraordinary work on behalf of our military and they are deserving of our support.

*** Marathon Pundit has a great tribute to the Veterans from his hometown of Morton Grove, Illinois.

Fox News Analyst on Petraeus Resignation: ‘These Tough Chicago Guys Knew…Held it in Their Back Pocket Until They Needed to Play the Card’ 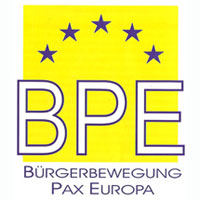 During yesterday’s speech Ambassador Lenarcic mentioned the people’s right to organize themselves for particular purposes and that all people in the OSCE area must be able to exercise this right.

While much and encouraging progress has been made especially east of Vienna, the situation is markedly deteriorating west of Vienna, the United Kingdom and Germany being two cases in point. For Germany I refer to my intervention from yesterday’s session.

Legal and registered demonstrations organized by the English Defence League have turned into police interrogations of the demonstrators, and where those opposing the rally using violence were not arrested because police deemed an arrest “unsafe” in a hostile environment. The democratic right to peaceful assembly and association with respect to the English Defence League is applicable only to some groups. Dissenting opinions are crushed by force, intimidation and inconvenience to the demonstrators.

These methods employed by those attacking peaceful demonstrations seem to follow a systematic strategy:

As the problems for freedom of assembly are increasing, in particular in participating States west of Vienna, ICLA urges OSCE to significantly increase its monitoring activities in these countries. Neutral monitoring and reporting is urgently needed in order that peaceful citizens can safely exercise their right to freedom of assembly, as stipulated in OSCE principles.