By: CJ in Texas
Gulag Bound

In response to receiving this note I sent out the following email.

Feel free to copy and paste it to your own email and send to everyone you know. 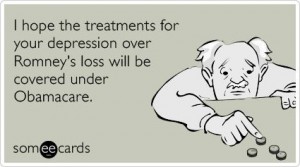 I am not depressed.

Romney did not lose.

There was massive voter fraud everywhere!

Check out a few websites (and this is just a start). Go though the links and see for yourself.

No one in the Main Steam Media is reporting it of course. Our country is no longer a Republic with elected representatives. I do not know what will happen, but I am not “standing down.”

I do not care who you voted for, this is not right!

The numbers do not add up (From Ulsterman):

Please share this far and wide. Take names/emails off and blind copy please.

Electors chosen on Election Day meet in their respective state capitals (or in the case of Washington, D.C., within the District) on the Monday after the second Wednesday in December, at which time they cast their electoral votes on separate ballots for President and Vice President.

HE IS NOT ELECTED UNTIL THE ELECTOR CAST THEIR VOTES!

That is December 17th. We have until then to ROAR.

Contact your “elected” Representatives and demand they look into this!