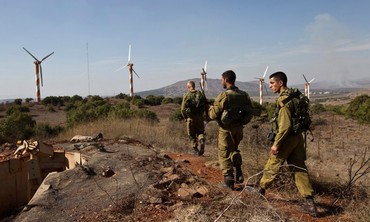 A week after three Syrian tanks moved into the Golan Heights where they stayed for several hours before leaving, a mortar shell struck the Golan Heights this morning fired from Syria. There were no injuries and Israel retaliated with warning shots into Syria. Syria is testing Israel’s resolve to hold on to the Golan Heights, taken in the 1973 Yom Kippur War. This is being touted by the MSM as the first direct conflict since a cease fire in 1974. Technically, Syria and Israel have never ceased being at war. It has been quiet since the ceasefire, but make no mistake… Syria wants that land back and if they get it, it will be the end of Israel. Israel cannot afford to give it up – their survival depends on it. However, saying this is the first direct conflict since 1973 is not exactly correct. Remember, in 2008, Israel took out Syria’s nuclear facilities in “Operation Orchard” and rightly so. They delayed an oncoming firestorm by taking it out.

Israel limited its return fire, since its policy is to only fire intensively in response to coming under major Syrian fire. “We didn’t continue firing because this was one mortar we were responding to,” the source said.

“We will not accept any firing into our territory,” he added. “This was a signal to the Syrians, that we will not be so forgiving of everything that lands in a territory.” The source stressed that as of now, Israel and Syria were not a in a conflict situation.

The IDF is currently on standby for a security deterioration on both the northern front and the border with Gaza.

After the incident this morning, Israel filed a complaint with the UN, who promptly ignored them and did nothing. The UN is populated by radical Islamists, so this is no surprise. Israel is now totally surrounded by the enemy and America just reelected a President who hates Israel. They can no longer depend on America as an ally. Once again, as seen throughout history, Israel stands alone, but not entirely. They have God at their side, which is worth more than any other ally. Meanwhile, Barack Obama is aiding and abetting our enemies, getting our soldiers, ambassadors and personnel killed; all the while pushing Taqiyya and going to massive lengths not to offend the Muslim world and paying homage to the Mullahs of Iran. He is the ultimate enemy from within and made America a Marxist offer they evidently couldn’t refuse.

In a statement, the Israeli military said soldiers had “fired warning shots towards Syrian areas”.

“The IDF (Israel Defence Force) has filed a complaint through the UN forces operating in the area, stating that fire emanating from Syria into Israel will not be tolerated and shall be responded to with severity,” the statement said.

There was no immediate comment from the 1,000-man United Nations Disengagement Observer Force which patrols the area.

Turkey, Jordon and Lebanon have all had similar run-ins with Syria on their borders as of late. Turkey has retaliated. Meanwhile, the rebels in Syria (who are populated by the Muslim Brotherhood, Obama’s new best buds) are begging for more help from the US. While America cannot see fit to help their closest ally Israel, they seem to be helping the rebels with arms and intel. This feeds into the furthering of a worldwide caliphate and eliminating Israel. All of the violence in Syria will eventually lead to a war with Israel, which may have been the not-so-subtle plan all along. The Islamic world is more than willing to slaughter their own (36,000 dead in Syria so far) to further planetary conquest. At some point they will combine forces and go after tiny Israel. And the Russians will stand in the background with the Iranians rubbing their bloody hands, chuckling with evil glee. Barack Obama will be the ultimate pawn on a geographic chessboard populated by dictators, evil Mullahs and corrupt politicians, moving towards a hellish checkmate for the soul of humanity. Well done America. Well done. 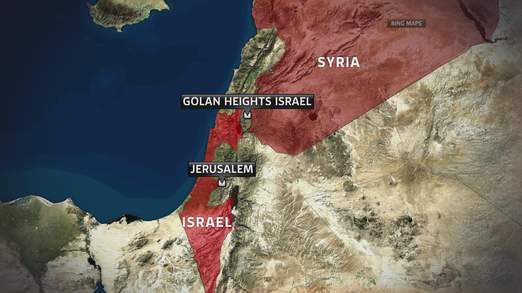 It is hard to discern if Israel can see all this unfolding… I believe they do, although they protest to the contrary, outwardly hoping for Assad’s fall and saying they don’t believe Syria means them harm. Syria has ALWAYS meant them harm, so I take this diplomatic fluff as simply deflection while they continue to prepare for the war they now know is unavoidable.

On Sunday, Prime Minister Benjamin Netanyahu told his Cabinet that Israel is “closely monitoring” the border with Syria and is “ready for any development.”

Earlier, Defense Minister Ehud Barak warned, “If a shell falls, we will respond.”

Israel fears that if Assad’s regime is toppled, the country could fall into the hands of Islamic extremists or descend into sectarian warfare, destabilizing the region.

It also is afraid that Syria’s arsenal of chemical weapons and missile could fall into the hands of its Lebanese ally, the Hezbollah guerrilla group, or other anti-Israel militants if Assad loses power.

The aftermath of Egypt’s revolution has also provided Israel with reason to worry about its frontier region with Syria: Egypt’s Sinai desert on Israel’s southern border has turned even more lawless since longtime Egyptian President Hosni Mubarak was ousted in February 2011, and Islamic militants are now more easily able to use it as a launching ground for strikes against southern Israel.

When Conservatives lost the presidential election this week to a committed Marxist and a close friend of Jihadists, I not only mourned for America and all she has fought for… I mourned for Israel, God’s chosen children. Those that turn their backs on Israel, turn their backs on God. May He have mercy on the United States, but I’m beginning to doubt that and now I understand why we are not mentioned in end times eschatology.

While Islamic foes poke the Israeli badger, hoping for a violent response to provide them cover to attack, the Israelis are showing their nerves of steel in a complex battle that has implications for all of us. The Syrian conflict is the perfect excuse to attack Israel in a series of battle forays. Forget about the fog of war, the radical Islamists are practicing the fog of misdirection. Let’s hope that fog is not cleared with a nuclear detonation.

20 thoughts on “The Fog of Misdirection”