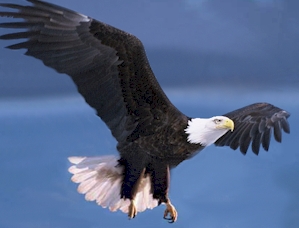 With a majority of Americans voting to give the undeserving Obama a second term, I felt like the odd-man-out voting against him. It occurred to me that I have a history of being odd-man-out, not in sync with the thinking of my family and friends.

When I was in junior high school, my dad acknowledged my artistic talent and encouraged me to pursue a career in that field. Dad said, “You could be a great black artist someday.” While I appreciated Dad’s support, I thought, “Why can’t I simply be a great artist? Why must my success be limited to the black world?”

Admittedly, I probably misinterpreted the meaning of Dad’s statement. The reason is because my family and friends appeared to view the world through a narrow black lens, limiting blacks to certain tastes and behaviors. I was criticized and looked at suspect for enjoying music beyond R&B, black Gospel and Jazz. I have always dealt with people as individuals. Thus, I was criticized for having “too many white friends.” Early on, I viewed the world as my oyster, eager to explore life beyond the American “black experience.”

Though they love me, family and friends have been furious with me on numerous occasions over the years for not participating in their group think or indulging in unauthorized black behavior.

Rejecting Barack Obama is my latest offense. Not only did I reject the first black president, family and friends found it incomprehensible that I chaired a PAC against him.

So, why have I never quite fit in with my family and friends? Why have I suffered their rebuke all these years? Finally, I understand. They are ducks. I am an eagle.

Obama’s reelection has concerned eagles concluding that America has become a huge duck pond. In Obama’s duck pond, high flying independent self-reliant eagles are mandated to have their wings clipped, limiting their ability to fly to hovering slightly above the pond. This will not enhance the life of one duck other than appeasing their envy of the eagle’s “unfair” ability to fly high.

When Obama touts hard work, he is really only talking to eagles. Ducks are encouraged to chill-out and rely on government. Eagles are ordered to deliver most of what they gather to government Lilly pads to be redistributed. Ducks simply waddle or float to the nearest Lilly pad to receive freebies delivered via the hard work, sweat and risks of eagles. Free duck-phones are a huge hit.

In Obama’s new duck pond America, high minded eagle ideas such as personal responsibility and ambition to build a better life for ones self and their family are criminalized. Obama’s vision is no duck having more than another, sharing equally for the good of the pond.

To the horror of us eagles, a majority of Americans are ignorant naive ducks who believe Obama’s vision will ensure prosperity for all floating around the pond. Dear Lord help us, please!

There is a reason why the Bald Eagle was chosen to symbolize America. It is a bird of great vision and resilience which refuses to be controlled or contained. Its rights and desire to be free are gifted by God.

Eagles simply cannot and will not allow Obama’s duck pond to become the permanent new standard of what it means to be an American. Despite the decree of the Imperial Ruler of the pond, eagles will stealthily conceive new ways to regrow their wings to fly high, soaring higher than ever before. Such is the spirit and nature of the American eagle.

Unquestionably, Obama’s reelection is a monumental devastating defeat of us eagles. Currently in America, ducks rule!

Eagles across America have already begun to regroup, plan new strategies and ways to educate a nation now dominated by clueless ducks.

For however long it takes, American eagles will not give up or surrender until a majority of Obama ducks are defeated or miraculously transformed into eagles. Eagles will not rest until Obama’s duck pond America is restored back to its divinely ordained role as the largest greatest eagle’s nest on the planet.