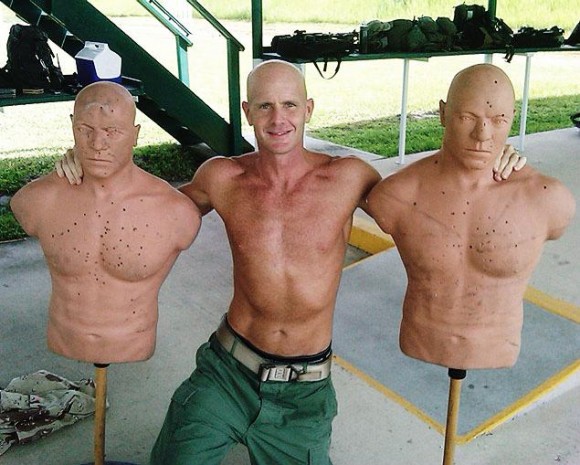 In a story headlined, “FBI Agent in Petraeus Case Under Scrutiny,” The Wall Street Journal began the process of trying to smear the courageous and honest FBI agent who started the investigation that led to the resignation of CIA Director David Petraeus. A so-called “shirtless photo” of the FBI agent was said to be evidence of an illicit affair between the agent and a woman in the case, compromising the entire investigation.

The Journal claimed its information came from “officials familiar with the probe.”

What the officials knew but didn’t disclose to the Journal is that the photo was a joke with no sexual connotations and no possible relevance to the investigation of Petraeus and his mistress, Paula Broadwell.

The media had been duped. Liberal and conservative news outlets, ranging from Talking Points Memo to Hot Air, picked up the smear of the agent in the case. Even Fox News ran with the charge.

What we were witnessing was the first volley in a media campaign by the Obama Justice Department and FBI officials to play down the serious nature of the national security scandal and the release of classified information likely obtained by America’s adversaries and enemies.

The Journal story by Devlin Barrett, Evan Perez, and Siobhan Gorman reported that the agent “allegedly sent shirtless photos of himself to a woman involved in the case prior to the investigation.” The word “allegedly” was used at this time because the reporters clearly didn’t have access to the photo and were taking the word of the FBI or Justice Department officials feeding them the story.

“One official said the agent in question sent shirtless photos to Ms. [Jill] Kelley well before the email investigation began, and FBI officials only became aware of them sometime later,” the paper said.

It later came out that the “shirtless photo,” which has been published by the New York Daily News and other papers, was “actually an innocent gag that Humphries sent to dozens of other friends.” The paper added, “In the photo, taken in 2010, the gun-ho G-man poses shirtless between two buff target dummies after practicing with SWAT teams at MacDill Air Force Base in Tampa, Fla.”

Mike Carter of The Seattle Times broke the story of what was really in the “shirtless photograph,” noting that it was “a tongue-in-cheek joke” sent by the FBI agent, Frederick W. Humphries, to dozens of friends and acquaintances and even went to a reporter at The Seattle Times in 2010. Humphries had once been based in Seattle.

Carter said, “… among his friends and associates, Humphries was known to send dumb-joke emails in which the punch line was provided by opening an attached photo…The photo was sent from a joint personal email account shared by Humphries’ wife. Humphries said that, at one point, his supervisor posted the picture on an FBI bulletin board as a joke and that his wife, a teacher, has a framed copy.”

The smear of the agent has thus backfired. But there is a lesson here as to the lengths the Obama Justice Department and its FBI will go to smear anybody who blows the whistle on how state secrets are being mishandled by this administration and its top officials.

The Journal story was obviously designed to divert attention away from the FBI’s mishandling of the case. The agent had gone to Republican members of Congress with the story more than a week before the election because he feared the Bureau was failing to pursue the investigation of Petraeus and was protecting Obama from the fallout from the scandal. Those members, Eric Cantor and Dave Reichert, did not, however, do anything with the information, other than turn it back over to the FBI, which already had it.

Diversionary tactics are also being used by the government to mislead and confuse the public about the serious problem of Broadwell having violated federal law by illegally possessing classified information.

ABC World News reports that while Broadwell “allegedly took secret files from secure government buildings and stored them on a personal computer, and in her home,” some anonymous “sources” say that “some of the files are old” and Broadwell did not intend to harm national security.”

These “sources” are probably the same people who smeared the FBI agent for starting the investigation. They are embarrassed that material was leaking to Broadwell and that the FBI did not get to the bottom of the scandal sooner.

Kimberly Dozier, an intelligence writer for Associated Press, apparently has some of the same sources. She reported that “investigators” say that many of her classified documents are “old” and “may no longer be classified despite their labels…” What’s more, Broadwell says she did not get them from Petraeus, Dozier reported, as if Broadwell can be believed.

Petraeus, of course, is also letting it be known through his friends in the media, such as Kyra Phillips, that he would never have released classified information to Broadwell.

Shaun Waterman of The Washington Times has gone outside the Justice Department for an opinion on the case and talked to a former spy catcher. What she told Waterman, a national and homeland security reporter for the paper, is not reassuring.

Michelle Van Cleave, who served as the National Counterintelligence Executive under President George W. Bush, told the paper that “investigators should assume that foreign intelligence services might have already hacked into Mrs. Broadwell’s computer.” She said, “As someone who has done damage assessments for the U.S. government, I can tell you that it would be standard practice to assume that classified material on an unclassified computer in a situation like that has already been compromised.”

By the same token, it is also clear that foreign intelligence services could have hacked into the shared e-mail account that Petraeus and Broadwell used to write intimate messages to each other.