The Iranian city of Isfahan was the scene of a gruesome murder on Monday, November 26th, when a 57-year old Jewish woman identified as Tuba N, was brutally stabbed to death and her body mutilated by Muslim assailants. The alleged motivation for the murder stemmed from a protracted property dispute, according to the family of the murdered woman, who did not release her last name. Relatives say that Tuba had been consistently harassed for years by her Muslim neighbors in an attempt to drive the family from their home and expropriate the property for an adjoining mosque.

According to Menashe Amir, an expert on Iranian Jewry who spoke with the victim’s family, “The religious radicals even expropriated part of the house and attached it to the mosque’s courtyard. The Jewish family appealed to the courts with the help of a local attorney to seek redress for the conflict, despite the threats to their lives.”

Reports indicate that the Muslims affiliated with the neighboring mosque repeatedly badgered the victim and her family for years to get them to vacate their domicile in order to permit an expansion project of the mosque. The family refused to acquiesce and it was reported that the head of the household filed a complaint, citing the mosque officials were trying to run them out.

According to the sister of the victim who witnessed the heinous murder and reported the details to Amir, attackers allegedly butchered Tuba’s body and cut off her hands. Amir said that while the victim’s husband was in Tehran on Monday attending to business matters, “thugs broke into her home, tied up her two sisters who were living with her, and repeatedly stabbed her to death.”

At this juncture, the Iranian authorities have not released the victim’s dismembered body to her family and it has been suggested that local law enforcement agencies are attempting to cover up the case.

The murder has stoked fears of further Muslim attacks amongst Isfahan’s dwindling Jewish community. As of 2009, Isfahan, which is Iran’s third largest city with a population of 1.5 million people, was the home to 1200 of Iran’s remaining 25,000 Jews. Since that time, Jewish demographics in the Islamic Republic have plummeted. A government census published earlier this year indicated there were only 8,756 Jews left in Iran, and Amir said that Isfahan was now home to fewer than 100 Jewish families. 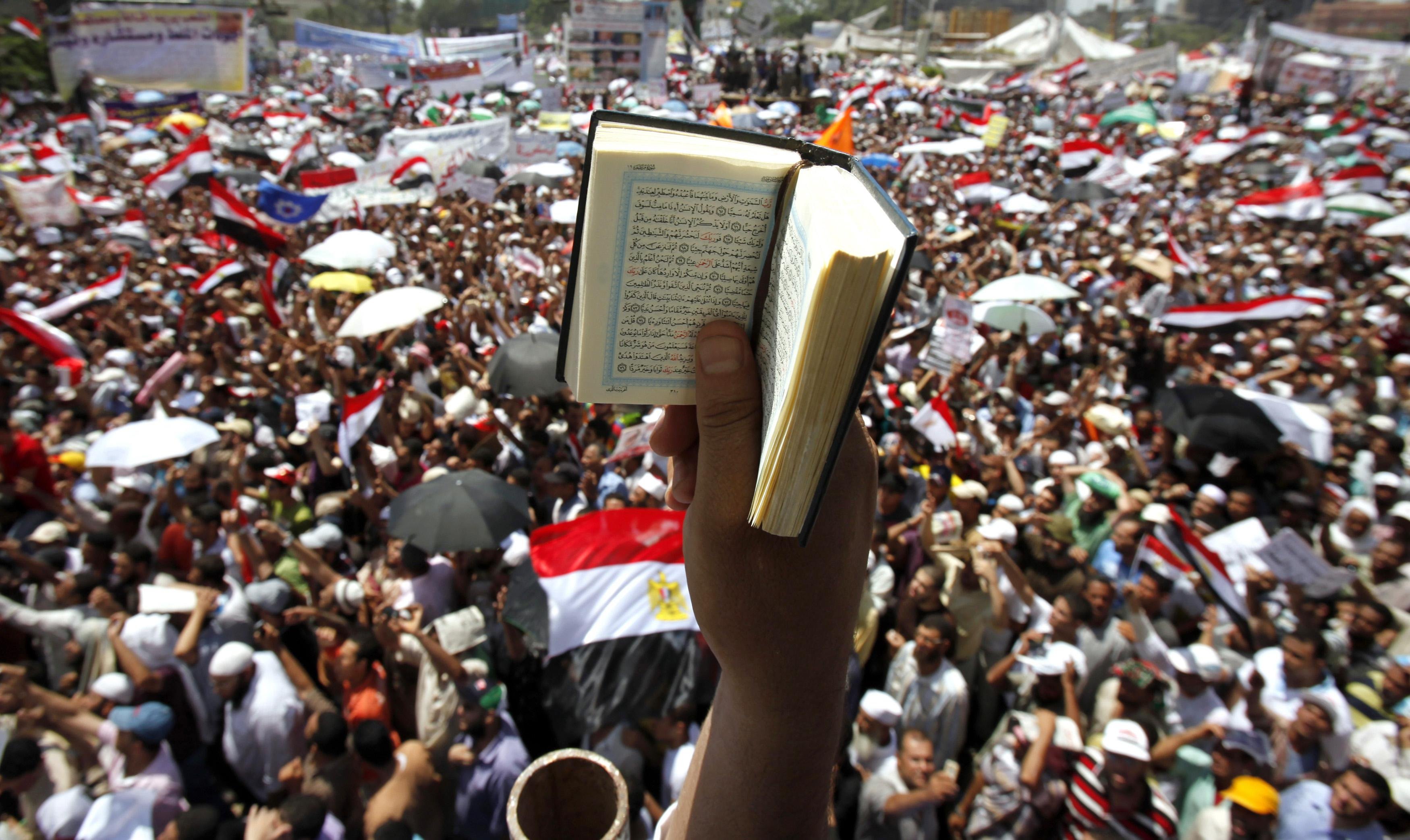 Alea acta est… the Council has spoken, the votes have been cast and the results are in for this week’s Watcher’s Council match-up.

The Obama Administration’s empowerment of the Muslim Brotherhood has had some interesting ramifications, among them the changes in the status of long standing U.S. clients and allies in the region. 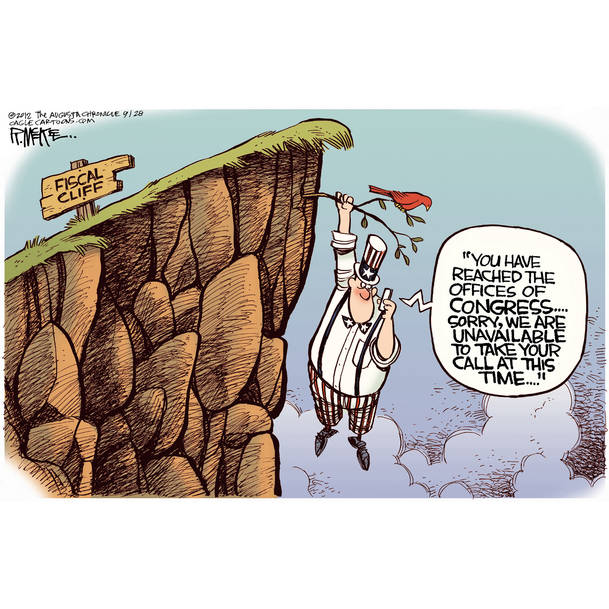 Everyone Over the Fiscal Cliff!

This week’s winner, Joshuapundit’s The Next Islamist Domino – Jordan takes a look at a very under the wire U.S. client that could very well be the next state to fall to Islamists… perhaps even with the Obama Administration’s encouragement. Here’s a slice:

Jordan and King Abdullah appear to be next on the Islamist hit list. And the Obama administration seems to be sending signals that it tacitly approves.

Jordan has been at a tipping point for quite some time, partly because it’s a U.S client state (which doesn’t sit well with a significant part of its population whom consider King Abdullah an American tool) and partly because of its peculiar history and tribal aspect.

There have been protests with Muslim Brotherhood participation for two years now, but the most recent outbursts were large riots across the Kingdom that spread across the Kingdom and called openly for King Abdullah’s ouster. In spite of brutal suppression by the King’s security police and numerous arrests, the unrest, referred to as the “The November Intifada” is only growing.

Adding to the turmoil were remarks on November 19th by Deputy State Department Spokesman Mark Toner, who stated at a press conference that there was “thirst for change” in Jordan and that the Jordanian people had “economic, political concerns,” as well as “aspirations.” Needless to say, this sent a clear signal to King Abdullah’s foes and to America’s remaining allies in the region that just like Egypt’s Mubarak, the Obama Administration is willing to cut Abdullah loose in favor of an Islamist regime.

The unrest was ostensibly over an end to government subsidies that have led to increases in fuel prices and other staples,but it’s been festering for quite some time. Here are the two main factors involved.

Jordan, like the other Arab nations of Egypt, Tunisia and Syria without oil wealth had been keeping things quiet by subsidizing the price of food staples and cooking oil. The skyrocketing prices of these items on the world market combined with the rising economies of countries like India and China have made this an impossible solution to continue. Where it used to be Indians and Chinese who suffered when food prices rose dramatically, now it’s the Arabs without oil wealth who are at the bottom of the chain because of their dysfunctional economies, and it’s no coincidence that with the exception of Bahrain and Libya where there were tribal issues involved, all of the Arab Spring revolts have been in countries without oil wealth. It’s also worth noting that in the only the two countries with oil resources that experienced Arab Spring unrest, the Bahrain revolt failed miserably, and that the one in Libya only succeeded because of extensive U.S. assistance.

To cut it down to one a short paragraph, no matter what you’re hearing from the usual suspects, the Arab Spring isn’t about a hankering for democracy. It’s about the price of goods and food.And the Islamists are capitalizing on this (with the help of an Islamist-friendly American administration) by telling the Arab Street that all it’s going to take to fix things is a return to hard line Islamism and sharia.

The second factor is similar to the one operating in Syria, longtime rule by a privileged minority caste. In Syria, it’s the Shia Alawites ruling over a predominantly Sunni population. In Jordan, it’s Bedouins ruling over Palestinians, or Qurayshi Arabs, to give them their proper name.

In our non-Council category, the winner was Sultan Knish with War Is The Answer submitted by The Noisy Room.