After a Tuesday morning meeting with U.N. Ambassador Susan Rice, Senators John McCain, Lindsay Graham and Kelly Ayotte said concerns they had about Rice’s misleading statements regarding the attack on the U.S. Consulate in Benghazi, Libya which resulted in the deaths of the U.S. ambassador and three other Americans have grown, not diminished.

McCain, R-AZ, had said he might oppose Rice’s nomination to replace Hillary Clinton as secretary of State because Rice should have known the statements she made in interviews just a few days after the Sept. 11 attack were false. 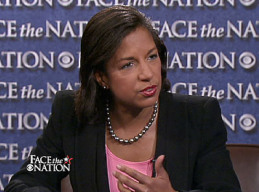 In those interviews, Rice repeated the Party line about the attack having emerged from a protest over an anti-Islamist video. Rice apparently parroted that narrative in order to satisfy the needs of Obama’s re-election campaign. The narrative, much of which had already been repeatedly trumpeted during the Democratic National Convention was, al Qaeda had been decimated and was losing ground, public sentiments in the Middle East toward the United States had improved, and the attack was in no way connected to Obama’s foreign policy. It was later learned there the attack was a well-organized terror assault by an al Qaeda related group timed for the anniversary of 9/11.

David Petraeus, former director of the CIA, testified under oath before a congressional investigative committee that from the beginning the CIA had advised the White House that the Benghazi attack was an organized assault by al Qaeda linked terrorists. Petraeus also testified that the approved CIA report was later changed to diminish terrorist involvement.

After meeting with Rice, Graham, R-SC, said: “The bottom line is that I’m more disturbed than I was before … about how four Americans died in Benghazi, Libya by Ambassador Rice does not to do justice to the reality at the time.” Rep King admits that CIA approved Rice’s talking points: See Video.

Plus now we find out that Susan Rice is worth $44 million. She’s made a fortune off of oil companies that do business in Iran. No joke!! Susan Rice is now under fire from left for investments in Keystone pipeline firm.

And of course the MSM (lamestream bias media) keeps trying to take us all back to the Petraeus sex scandal. Those paying attention realized quickly after the Petraeus Resignation that there were several cover-ups going on. Now the questions seems not to be if, but how many, including the cover-up of the cover-ups hidden from the public until after the 2012 election. 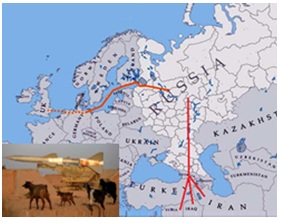 While the country intellectually “channel surfs” between the Petraeus Sex Scandal, the questions of voter fraud, the imminent resignations of administration officials and the ever present pall of Benghazi, let’s put on the table the yet unexplained but critical geo-political underpinnings of the burgeoning scandal behind Benghazi.

First off, it’s not an Embassy.

The USA’s Libyan embassy is located in the capital city of Tripoli—not Benghazi. The compound at Benghazi is no more than a CIA facility set-up to arm the ‘rebels’ who ultimately overthrew Moammar Qadaffi. It is important to note, as it turns out, the Libyan ‘rebels’ were substantially Al Qaeda.

After the United States’ successful stint at “leading from behind” in the Libyan campaign, this CIA “gun store” shifted purposes. Now (or at least on Sept. 11), the CIA “gun store” was being used for a similar purpose.

Instead of arming the Libyan rebels, it was repurposed to arm ‘rebels’ in Syria who are opposing the Assad Regime. Given Assad’s jaded history of human rights violations, this, on the surface, has some appeal.

Do not view Syria through rose colored glasses, and from the focal point of a “feel good policy,” but consider the real interest at stake: Syria is the holder of one of the largest natural gas reserves on the planet. As with all large petrochemical reserves, there is a line of folks who would like to get their greedy furnaces wrapped around them.

On one side, there is the coalition comprised of Russia, China, Iran and Syria, who intends to harvest the natural gas and build a pipeline to Georgia, freeing the sale of this precious natural gas to the petrochemical guzzling giants of Russia and China.

On the other side is Turkey & Qatar, who are backing the Syrian rebels in an attempt to profit from the sale of that same natural gas via pipeline to the Mediterranean.

And in the most clandestine of ways, Israel is partnering with Turkey, Qatar & the Syrian ‘rebels’ forming the most unholy of unholy alliances. They are throwing their lot in because the devil of the unknown Syrian is better than the devil of the known Iran, who would undoubtedly use the proceeds of this pipeline to complete its nuclear program.

Israel’s role has been confined to simply amassing a troop buildup on the Golan Heights that border Syria. This coupled with a bellicose Turkey on its other border leaves Assad’s Syria strapped militarily, necessitated by facing the two threats on its opposing borders, and leaving them vulnerable to the Syrian rebels who can slowly pick their bones.

What is interesting, but certainly not a coincidence, is that this very plan for the destabilization of Syria was developed at the Brookings Institute, the DC think tank.

Now, let’s “fast forward” to Benghazi and the American role in this geo-political chess game, other than just the Brookings strategy.

It is well known that President Obama’s only true personal friend on the world stage is the Prime Minister of Turkey. So, we need to look carefully at who the direct-link is, arming the Syrian rebels, and that is Turkey.

Does Turkey have advanced-weapon manufacturers? No, of course not. Does Turkey even have a wealthy central government? No.

In steps the Prime Minister of Turkey’s good buddy, President Obama. Paraphrasing and shortening, I assume words of this kind passed between the PM of Turkey & Barack Obama, “Mr. Prime Minister, I happen to have this CIA ‘gun store’ in Benghazi….”

The CIA compound in Benghazi was collecting weapons from Libyan’s, who were once loyal to Qadaffi. The CIA was then rendering the weapons ‘as outdated, in disrepair, or inoperable’—thus creating a constant stream of seized-weapons to satisfy NATO, and shipping the “operable weapons” to Syria via Turkey, through clandestine channels.

Ladies and Gentlemen, here’s the rub. Take a quick guess who the Syrian rebels are?

Those of you who answered: “Al Qaeda,” would be correct. So, what we have here is the second instance where the CIA facility in Benghazi was used to arm Al Qaeda.

And by the textbook definition, the act of arming your enemies is called Treason.