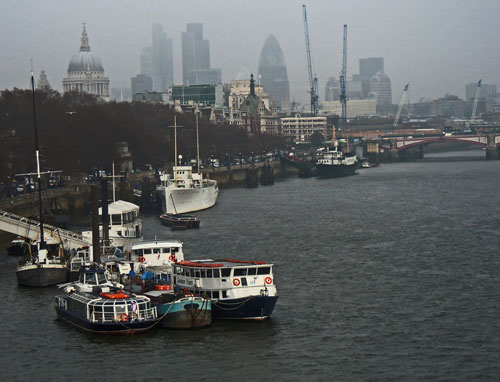 Round three of the Istanbul Process opened in London on 3 December and was co-hosted by the governments of the UK and Canada. (1) The governments of both these countries are therefore complicit in a plan to subvert our most basic human rights standards. They are effectively colluding with the Organisation of Islamic Cooperation (OIC) to replace human rights standards with those of the Islamic sharia.

Central to their efforts is the sophistry of UNHRC Resolution 16/18 that claims to be about religious tolerance. Of course this resolution is the brainchild of the OIC, a group of countries who are hardly at the cutting edge of positive human rights standards.

The record of OIC states with regard to religious tolerance makes for grim reading. How dare this gang of despots lecture the world on religious freedom! How dare Western governments conspire with them to undermine our system of human rights! Resolution 16/18 is a resolution for OIC standards of religious tolerance to be imposed on the entire world.

The governments of the UK and Canada should be working on extending the right to freedom of expression to members of the OIC. By doing so they would be extending the sphere of religious tolerance not undermining it. Western governments should not be imposing the OICs very low human rights standards on their own people! UNHRC Resolution 16/18 and the Istanbul Process seek to impose OIC sharia standards on the non-Islamic world. This is completely unacceptable and against the most basic interests of the people of the Western World.

Western governments are working to extend sharia both at home and abroad. Their support for the so-called ‘Arab Spring’ has effectively been support for the aggressively pro-sharia Muslim Brotherhood. Secular regimes have been toppled and replaced with theocracies. At home they enact laws that undermine free speech and create the effect of sharia law in their jurisdictions. It seems that they desperately want to bring the principles of Resolution 16/18 into their own legal systems because it furthers this goal. What is the real reason why Western governments are so eager to embrace sharia? What is going on behind the scenes that they want to keep from their own people.

At the moment the ‘powers that be’ want to keep these facts from their publics. Why was this significant London meeting not reported extensively by the news media? Surely, at least such an important meeting should have been reported in the UK where it was being held! It could after all mean that our very conception of free speech could be subject to revolutionary change. Once the press was there to challenge the mighty, now it seems that it is their to protect them from scrutiny.

An article over at American Thinker by Nathaniel Sugarman of the US based The Legal Project discusses the possibility of conflicts between the Istanbul Process and the United States Constitution. (2) Could this ultimately mean that over time the US Constitution will be subverted by reference to international treaties?

It seems likely that the ultimate aim of OIC initiatives is to undermine the laws and customs of the West and encourage a gradual transition to sharia based norms which are at odds to human rights as they are traditionally understood.

Western governments tend to preach about open government but practice something completely different. The Western public needs to know why their governments are promoting sharia compliance. They need to know what power the OIC has over them that causes them to act against the public interest. They also need to know why human rights abuses inspired by sharia in OIC countries are not being confronted.

The gradual slide into sharia compliance must come to an end. Western governments need to fully represent and articulate the interests of the Western people. They need to make clear to the OIC that its efforts to undermine our most basic Western freedoms must come to an end. They need to make it clear that further interference in the internal affairs of the Western world will not be tolerated. In short Western governments need to represent the interests of their people rather than those of the shadowy globalist elites who currently appear to control them.

(1) America Again Submits to the Istanbul Process
(2) Fatal Attraction: US Flirts with International Speech Codes (the article can also be found on The Legal Project website)