My daughter’s Christmas concert was a vast improvement over last year’s debacle. Gone were the chants of “Gung Hay Fat Choy!” for the Chinese New Year which doesn’t even arrive for another six weeks. The Indian National Anthem was also happily absent, and our National Anthem was first instead of third on the program.

Also gone was that incredibly bizarre First Nation song, sung in a language that even First Nation’s people don’t speak anymore. All in all, a welcome relief considering that other cultures – important as they no doubt are in the history of humankind – have absolutely nothing to do with the birth of Our Saviour, the Lord Jesus Christ.

So hats off to Principal Macfarlane and Vice-Principal Benoit who wished everyone a Merry Christmas! They adorned the walls with festive greetings, replacing all the multicultural paraphernalia of last year with Peace, Spread the Spirit, Kindness, Love, Laughter, and, of course, a hearty Merry Christmas. It was like your team making it to the playoffs after sitting in last place for the whole season. Spectacular!

Of course, being characters in a school play, both eventually “wised up.” But I was struck by how apropos their words were since every dollar the government taxes away from its citizens is a dollar less we can give. Likewise, Canada’s public-private, over regulated communications monopolies that control our phone, cell phone and cable TV market, are free to charge us close to triple what our neighbours to the south pay for these basic services. This further diminishes the amount of money Canadians have left to give to those who need it most.

The statistics back this up. Americans give far more money to charity than Canadians do. In fact, per capita, and as a percentage of GDP, Americans are the most giving citizens in the world. And don’t you think it might have something to do with the fact that they’re taxed less than the rest of us? (So far at least.)

And please don’t be fooled by those phony-baloney anti-American studies you can find online that purport to show “New Zealand, Australia and Ireland emerging as the three most charitable nations,” and which list the United States tied with Switzerland for fifth place. These studies looked only at the percent of the population giving to charities, not the actual AMOUNT of money being given. And that’s what matters when it comes to giving.

These liberal studies also looked at the percentage of the population who may have helped a stranger in the last month, important for sure, but something which is not verifiable through any objective means such as a tax return.

In any case, if there’s one thing every experiment in socialism and communism proves, it’s how easy it is to eliminate all three of the most important human aspirations, hope, peace and giving, through over-taxation and over regulation.

Will Canadians ever be free so we can choose whom to give our money to rather than being forced to give to liberal causes against our will through the federal tax code? For an answer to this most pressing question I defer to that most famous Republican, a card-carrying member of the National Rifle Association, who on Christmas Eve 1967 famously said, “I still have a dream.”

Anyone care to take a guess at who that was?

God bless you, one and all.

This Democracy
Mischa Popoff is a freelance political writer with a degree in history.

That will really help as you are being raped and murdered. Idiots. 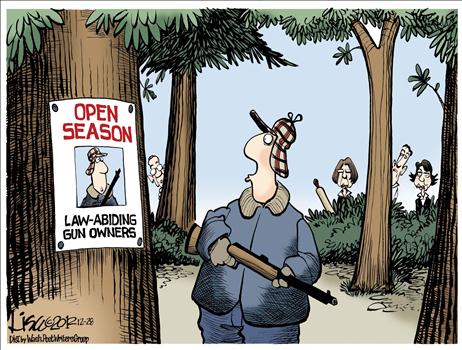 If Americans think of national security at all, its usually of Islamic terrorism or Iran, maybe North Korea.

Few are saying this, but what they should really be fearing is the growing Russia/China alliance.

From the Communist Party of China, International Department website:

BEIJING, Dec. 19 — The third meeting of the dialogue mechanism between the ruling parties of China and Russia was held here on Wednesday to promote bilateral cooperation.

With the theme of “Party building and the national development path,” representatives of the Communist Party of China (CPC) and the United Russia party exchanged views on their countries’ development, inner-party democracy, media, training and selection of cadres and anti-corruption work.

Wang Jiarui, minister of the International Department of the CPC Central Committee, said that the Chinese and Russian ruling parties strengthening exchanges on state management and party building is in line with the needs of the two countries’ development.

Boris Gryzlov, chairman of the United Russia’s Supreme Council, said the Russian party is willing to enhance exchanges with the CPC in various fields.

Xi, general secretary of the Communist Party of China (CPC) Central Committee, expressed congratulations for the successful holding of the meeting, which also took place Wednesday.

Xi said new CPC leaders will adhere to a friendly policy towards Russia and prioritize the development of China-Russia ties.

Stating that China considers Russia to be its most important strategic coordination partner, Xi said China would like to work with Russia to develop bilateral coordination and boost party-to-party exchanges and cooperation.

The dialogue mechanism between the CPC and the United Russia party was launched in June 2009. Its second meeting was held in Moscow in March 2010.

Radical Islam, North Korea, Iran, Venezuela, Cuba, are not separate threats. They are all controlled and influenced to some degree by the Russia/China alliance.

We need to focus on the head of the octopus… not its many arms.