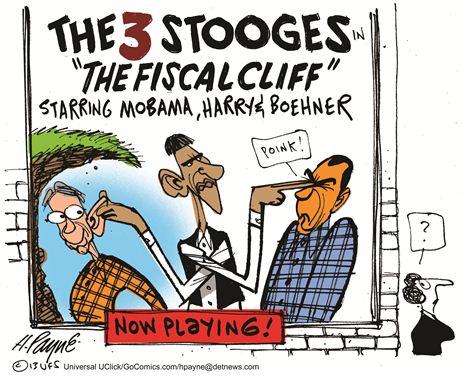 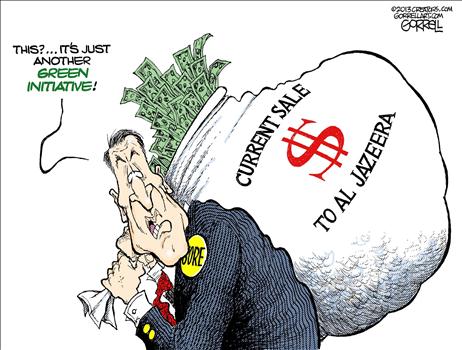 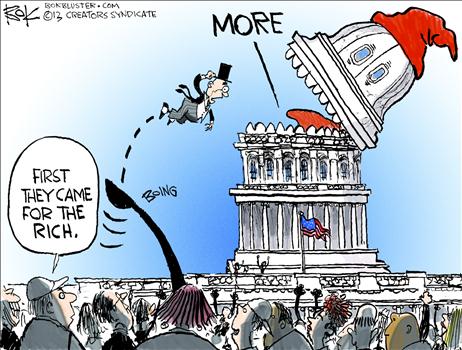 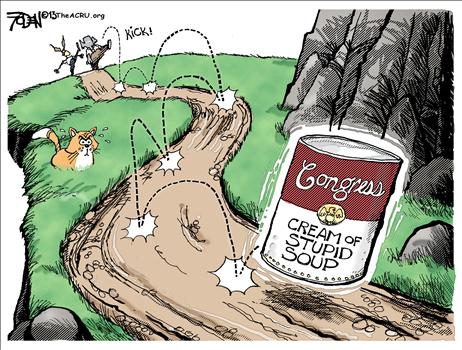 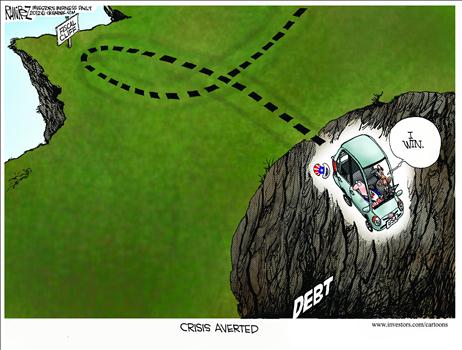 Beck has this absolutely right. 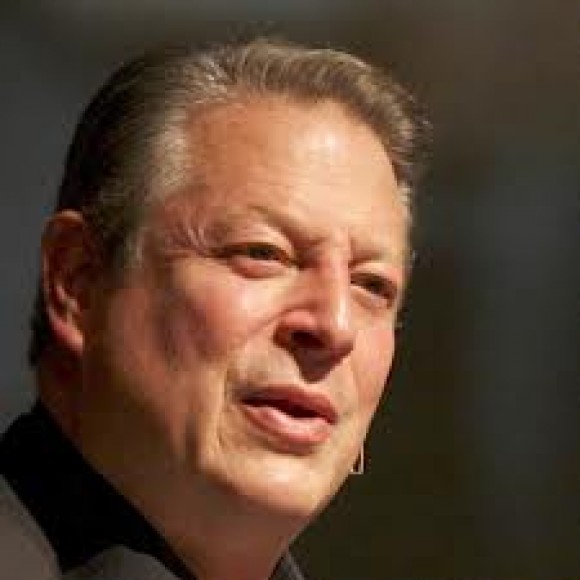 Al-Jazeera, once considered the voice of Osama bin-Laden and known for anti-American and anti-Semitic rhetoric, has announced the purchase of Al Gore’s low-rated cable channel, Current TV, in a transparent attempt to buy access to the U.S. media market for operatives of the pro-terrorist Muslim Brotherhood. Gore has reportedly made $100 million from the $500 million deal.

The Arab government-funded TV channel, labeled “Jihad TV” by Judea Pearl, father of slain journalist Daniel Pearl, says the purpose of the unprecedented acquisition of Current TV is to create a channel called “Al-Jazeera America” and reach a potential audience of 40 million U.S. homes. It claims this will bring Al-Jazeera “into closer competition with American news channels like CNN, MSNBC and Fox.”

Current TV features liberal programs hosted by such figures as former Democratic governors Jennifer Granholm and Eliot Spitzer. These programs will presumably go off the air as the channel takes on the Jihadist leanings that characterize Al-Jazeera’s Arabic and English channels.

But it is not at all clear that the new “Al-Jazeera America” will be able to hang on to Current TV’s existing contracts with cable television providers.

As noted by writer Henry Blodgett, “…Al Jazeera wanted access to America’s TV viewers—specifically, the cable distribution contracts that enable Current to be watched in tens of millions of American households.”

But Current TV co-owner Joel Hyatt, in a Wednesday memo to employees, revealed that one of Current’s distributors, Time Warner Cable, did not consent to the sale to Al-Jazeera and as a result “Current will no longer be carried on TWC.”

Even after Time Warner dumped Current because of the sale, Current TV is available in about 30 million American households, notes Blodgett. But the cable distributors into those remaining households will have the same right as Time Warner to drop the channel as its programming changes. Whether they do this or not will depend on public opinion and reaction to the blatant power grab by the regime in Qatar and its attempt to manipulate the U.S. media market.

Many observers are watching the cable giant Comcast, which owns about 10 percent of Current TV, for its next move.

AIM originally raised awareness on the issue in 2006 with the documentary, Terror Television: The Rise of Al-Jazeera and the Hate-America Media, and was instrumental in defeating the channel’s efforts to seek carriage in U.S. markets.

Jeff Timmons, a communications lawyer, told AIM that there are federal restrictions on foreigners owning the means of communication but not the programming itself. As a result, he foresees no successful legal challenges to Qatar’s acquisition of Current TV.

But Florida broadcaster Jerry Kenney, a strong critic of Al-Jazeera’s attempts to enter the U.S. media market, says, “If this doesn’t fall under the Foreign Agents Registration Act, nothing does.”

Kenney had previously filed a complaint with the U.S. Department of Justice alleging that Al-Jazeera and other foreign propaganda channels are violating the law by not disclosing in their broadcasts that they are agents of foreign powers. Other foreign channels operating in the U.S. include Moscow-funded Russia Today (RT), Iranian Press TV and the Chinese regime’s CCTV.

According to Kenney, “Al-Jazeera America” should be required to register under the law and identify its broadcasts on the air as foreign propaganda.

But will conservatives in Congress challenge Qatar’s media power play?

The “Emir” or dictator of Qatar, Sheikh Hamad bin Khalifa Al-Thani, financially sponsors Al-Jazeera and postures as a friend of the United States. His regime spends lavishly on public relations and lobbying in the U.S., including Congressional junkets to Qatar, visits to Al-Jazeera studios, and fancy media conferences with representative of terrorist groups at expensive hotels.

Although Al-Jazeera has been portrayed by some in the U.S. media as an exercise in freedom of press and speech, it can be a crime to criticize Sheikh Hamad bin Khalifa al-Thani in Qatar itself. Bloggers and others who do criticize the regime sometimes disappear at the hands of the security forces. A recent case involves a Qatari poet who received a life sentence after a secret trial for a verse of poetry said to be insulting to the emir.

Al-Jazeera’s most famous media personality is the anti-American and anti-Semitic cleric Sheikh Yusuf al-Qaradawi. He returned to Egypt from his base in Qatar to supervise the transformation of that one-time U.S. ally into an Islamic state after the Obama-backed revolution there.

Last October the Emir of Qatar made a massive $400 million donation to Hamas, an outgrowth of the Muslim Brotherhood, making the Qatari regime in effect a state sponsor of terrorism even while hosting a U.S. military base. Obama himself hosted the Emir in 2011, calling him “Your Highness.”

Al-Jazeera was regarded by the Bush Administration as hostile to American interests after the U.S. invasion of Iraq in 2003 when information surfaced showing that the channel’s managing director, Mohammed Jassem al-Ali, had been acting as an agent of the Saddam Hussein regime.

The Obama Administration, however, has praised Al-Jazeera, with Secretary of State Hillary Clinton saying the channel had provided “real news” coverage of the Middle East riots and revolution that ushered in a Muslim Brotherhood takeover of Egypt and the rise of Islamists in such countries as Libya and Syria.

Although the channel masquerades as an independent “news” operation, the U.S. State Department’s own human rights report on Qatar notes that “the government exercised editorial and programmatic control of the channel through funding and selection of the station’s management.”

As such, the assumption is that the Obama Administration encouraged the sale of Current TV, since it financially benefits not only Al Gore and Joel Hyatt, the other co-owner who is also a prominent Democrat, but the Muslim Brotherhood and its backers in Qatar.

We noted in a 2008 column, “Al-Jazeera for Obama,” that the channel promoted Barack Obama’s candidacy for the presidency and that one of its reporters actually contributed financially to the Obama campaign.

A website associated with Glenn Beck confirms that Glenn Beck and TheBlaze TV, a television network owned by the former Fox News personality, tried to purchase Current TV and were rejected. “Had TheBlaze successfully purchased Current TV, the current lineup of TheBlaze TV would have replaced the existing progressive programming in 59 million homes in the United States,” Beck’s website reports.

Hyatt reportedly wanted to turn over Current TV to an entity aligned with his own “point of view” and rejected Beck on that basis because of Beck’s conservative outlook.

For many years, mostly because of vigorous opposition from Accuracy in Media, Al-Jazeera failed to get widespread carriage in the U.S. media and has been viewed as an organ of enemy propaganda in an ongoing terrorist war that began with al-Qaeda attacks on September 11, 2001, that claimed almost 3,000 lives in New York City and the Pentagon. The 9/11 commission report noted (on page 90) that Qatar had been protecting terrorists, including the mastermind of 9/11, Khalid Sheikh Mohammed.

Al-Jazeera became known after the 9/11 attacks as a reliable outlet for the propaganda statements and videos of al-Qaeda leader Osama bin Laden. Al-Jazeera’s Kabul, Afghanistan-based reporter Tayseer Allouni conducted interviews with Osama bin Laden and was later convicted of being an agent of al Qaeda and sentenced to seven years in prison in Spain.

On the other hand, Al-Jazeera promoted conspiracy theories that Muslim terrorists were not really behind the 9/11 terrorist attacks.

Despite the bad image, controversial programming, and terrorist connections, Al-Jazeera Arabic gave rise to an Al-Jazeera English channel that desperately tried to get access to the American media through cable giants such as Comcast by claiming that it was fair and impartial in its programming.

The high-powered campaign suffered a major setback when former ABC Nightline correspondent Dave Marash quit his anchor job at Al-Jazeera English, citing anti-American bias and saying that the “standard for journalism on Al-Jazeera in the United States didn’t seem consistently to be as good as their standards elsewhere.”

Comcast has refused to carry the channel on a national basis, although Al-Jazeera’s programs are carried on some of its cable systems in cities such as Washington, D.C. In addition, Jerry Kenney has documented how Al-Jazeera and other propaganda channels are getting access to the U.S. media market through dozens of taxpayer-supported public television stations that carry their programs in violation of Federal Communications Commission rules. The Virginia-based taxpayer-supported broadcaster MHz Networks is the vehicle for these questionable transmissions on behalf of regimes in Qatar, Russia and China. 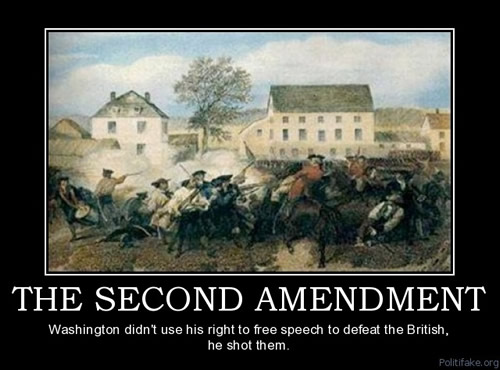 The Council has spoken, the votes have been cast and the results are in for the first Watcher’s Council match-up of 2013!

Even taking into consideration the normal high level of quality in both the Council and Non-Council entries, this was a tough call with some exceptional pieces to choose from, and the close vote tallies reflect it. 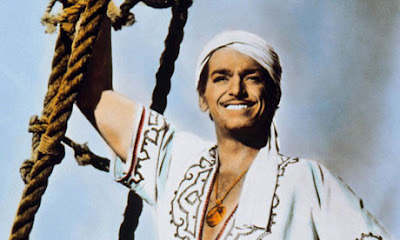 It’s been said that one of the most deadly weapons on earth is a U.S. Marine and his rifle, but as this week’s winner, The Mellow Jihadi shows us with Corporals of the United States Marine Corps, some of them are pretty deadly with a pen in hand as well, especially when speaking truth to our pompous, self aggrandizing elites! Here’s a slice:

The Navy, in its infinite wisdom, sent me and 66 of my ruffian cohorts to the Marine barracks. We had run out of room in the Navy building.

I got all the guys together and told them from that day forward we would solve all our own problems. No one whines to the quarterdeck until he gives us (me and four of the older guys) a chance to straighten things out.

For a year, this worked perfectly. (One minor exception, but we forgave the guy for blabbering to the JOOD. He was sleep-deprived and ate only Willy Wonka candy. A story for another time…)

In the Marine barracks, once my Marine friends made Corporal, they were a breed apart from us. It was a major step up from Seaman and Lance Corporal. They were men. Take this letter Corporal Joshua Boston wrote to Diane Feinstein. Without any fuss, the Corporal makes his point. And it ends with this beauty:

I am the man who fought for my country. I am the man who learned. I am an American. You will not tell me that I must register my semi-automatic AR-15 because of the actions of some evil man.

I will not be disarmed to suit the fear that has been established by the media and your misinformation campaign against the American public.

We, the people, deserve better than you.

In our non-Council category, the winner was veteran humorist Bob Owens with What You’ll See In The Rebellion submitted by Rhymes With Right. It’s his view of what might happen in the event there’s an attempt at a federal gun grab.

As a lagniappe, here’s a link to Owens being interviewed on the subject over at PJTV by Instapundit’s Glenn Reynolds.

Okay, here are this week’s full results. Gay Patriot was unable to vote, but was not subject to the mandatory 2/3 vote penalty.

See you next week! Don’t forget to tune in on Monday AM for this week’s Watcher’s Forum, as the Council takes apart one of the provocative topics of the day and weighs in… don’t you dare miss it. And don’t forget to like us on Facebook and follow us on Twitter… ’cause we’re cool like that!

For those of you who follow me on Facebook, I have been banned a minimum of two days and possibly permanently.

Update: I have been ‘unbanned’ evidently. 🙂