The Blaze: There’s a widely-unknown provision in the Affordable Care Act (also known as Obamacare) — legislative wording that is capturing attention in the wake of the Sandy Hook Elementary School shooting. Pushed by the National Rifle Association (NRA), a newly-noticed regulation that was placed deep within the bill back in 2010, among other things, bans doctors from documenting patients’ answers to questions that focus upon guns. 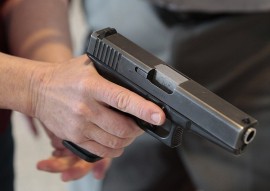 The Washington Post first reported on Dec. 30 about the presence of this controversial wording. Under a section with the headline “Protection of Second Amendment Gun Rights,” the NRA-advocated wording is nestled deep within the law. The Post called the inclusion, “a largely overlooked but significant challenge to a movement in American medicine to treat firearms as a matter of public health.”

As the outlet also noted, it was in the final stretch of the debate over Obama’s health care legislation that the NRA successfully pushed to insert this language. Below, see the portions of the Affordable Care Act that include mentions of firearms and the parameters through which doctors must operate in questioning patients (read the entire health care bill here): 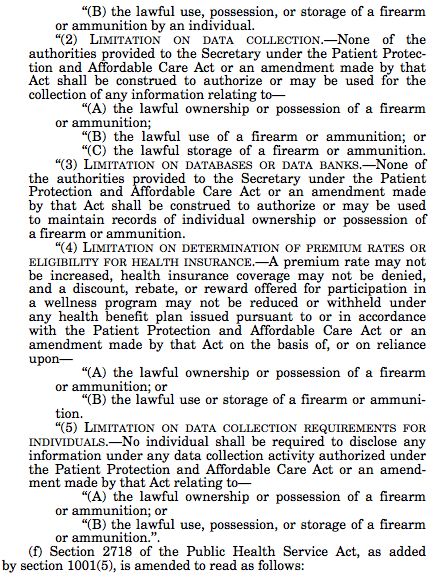 On Tuesday, CNN chief medical correspondent Dr. Sanjay Gupta spoke on-air with “Situation Room” host Wolf Blitzer. The two discussed how the gun provision made its way into health care legislation, while also explaining portions of the text for viewers.

Gupta noted that the initiative to have the wording included during the contentious health care debate was rooted in the NRA’s stance that patients should not be penalized or discriminated against for owning firearms. As can be seen from the above portion of the legislation, while doctors are not banned from asking about guns, they are forbidden from documenting the information and using it for research purposes.

In addition to gun-owner information and how it must be handled by doctors, the text also notes that the law cannot be used to keep and maintain records of individuals’ firearm possession, nor can it be used to track ammunition. Additionally, the language deals with the price of health care coverage, noting that cost cannot be impacted by the possession or ownership of guns, the Post also reported.

Following the tragedy at Sandy Hook, the presence of this provision has gained some press, with select politicians and medical groups taking a stand against it. Advocates are worried that research and medical care could suffer as a result of the wording; some are even pushing the Obama administration to consider changes to the text in light of recent events and an impending battle over new gun control legislation.

The Post has more about the ongoing battle between the NRA and physicians and advocates who stand opposed to the language inserted into the Affordable Care legislation:

NRA officials say they requested the provision out of concern that insurance companies could use such data to raise premiums on gun owners. The measure’s supporters in the Senate say they did not intend to interfere with the work of doctors or researchers.

But physician groups and researchers see the provision as part of a decades-long strategy by the gun lobby to choke off federal support for studies of firearms violence.

The research restrictions began in the 1990s, when the NRA urged Congress to cut funding for the Centers for Disease Control and Prevention’s division that studied gun violence. In 1996, Congress sharply limited the agency’s ability to fund that type of research.

This is extremely important at this time with the shocker information recently released that there is now a ‘Vaccine’ that prevents gun violence and the implications of the use of that vaccine in today’s control frenzy climate coming from the White House and progressive liberals in general! 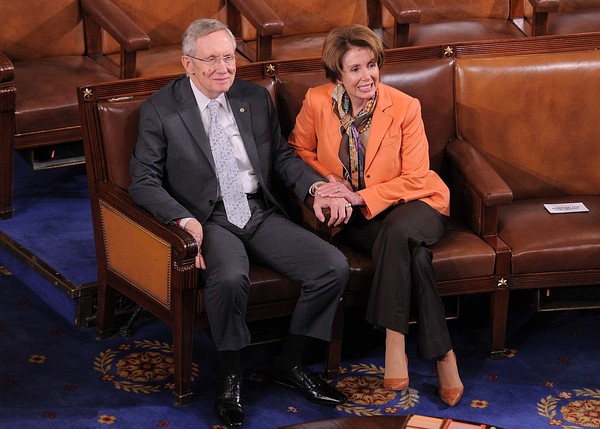 Senate Majority Leader Harry Reid and House Minority Leader Nancy Pelosi take part in a joint Senate and House session to count of the Electoral College votes for the 2012 presidential election at the Capitol Hill in Washington on January 4, 2013. US President Barack Obama was officially declared the winner of 2012 presidential election after the counting session– a quaint formality, perhaps, but constitutionally required. Credit: AFP/Getty Images

Just as interesting as the debate over the provision, itself, is the notion that it was Senate Majority Leader Harry Reid (D-Nev.), an NRA-supporter, who added the wording to the bill back in 2010. While a spokesperson for Reid told the Post that the leader never spoke with the NRA about the wording and that he did not believe that “it changed gun laws in any way,” that hasn’t stopped critics from wondering why Reid so staunchly supported the measure.

The language was purportedly added to stem off criticism from the NRA that could have railroaded, delayed or prevented the controversial health care bill from passing. Also, the wording was placed deep within the bill in an effort to convince people not to embrace so-called conspiracy theories about Obamacare — mainly that the legislation would be used to keep and maintain a massive gun-ownership database. Once the language was added, the NRA reportedly remained neutral regarding passage of the law.

While Reid has been a gun rights advocate for quite some time, the politician may be having a change of heart in the wake of recent shootings and controversy surrounding this language. An adviser who spoke off-the-record, recently told CNN that the senator is “in a different place than he was in 2010″ when it comes to firearms.