Spoken like a true, dedicated enemy of the American people and the Constitution. If you want courage, look to the American patriots – we suggest Zakaria get the hell out of America. We do not suffer fools and traitors so easily any more.

This month marks the two-year anniversary of Egypt’s revolution for democracy led by youth freedom fighters. Their movement remains as vital today as when the uprising began on January 25, 2011 — currently the same number of core participants, zeal and commitment to human rights. To date, their failure to bring forth the democratic goals for which they stand is due largely to the spontaneity comprised within the origin of their revolt, lack of preparation and the absence of a plan.

Moreover, the tragedy of this rebellion to this moment remains in the fact that no political leaders have risen out of a body of more than 100,000 protesters (at times expanding to half a million like-minded demonstrators) making up this magnificent and courageous force responsible for toppling an authoritarian dictator in the name of freedom.

Steadfast and resistant to Egypt’s embedded corruption and ruthless Islamists and admirably vigilant for the past two years, Egypt’s 2011 “Spring” should have by now entered the annals of Egypt’s modern-day history and celebrated for the dawn of democracy, or so this was the dream.

However denouncing and trouncing an authoritarian regime doesn’t immediately or easily disintegrate a state, its ideology or its parasites. The complexities intrinsic to this process of rebellion so far are worth looking into in order to determine if Egypt’s struggle for human rights and a democratic system is final and defeated, as it appears today, or just beginning.

Upon the overthrow of Mubarak in February 2011, there was unanimous hope within revolutionary ranks that the Supreme Council of Armed Forces (SCAF, the interim governing body) would protect them and defend the principles of democracy on behalf of the people – naively taking for granted that Egypt’s military, commonly perceived to side with the interests of the ordinary Egyptian, would solidly ally with freedom fighters. Here the benefits of youth (the might and the fight) gave way to the disadvantage of immature and inexperienced judgment in this critical matter (the majority of protesters are under 30 years old).

Witnessing the personal interests of SCAF members materialize at the expense of their country’s future especially on the backs of their personal sacrifices which included torture and bloodshed, protesters persisted and ramped up their presence. In spite of this, SCAF began to share power with the Muslim Brotherhood in backroom deals. This frustrated the democracy effort causing further disgust.

Furthermore the Muslim Brotherhood accelerated the date of the first Parliamentary election held after Mubarak’s downfall with the consent of SCAF and a fixed outcome for an Islamist majority. Egyptian youths reacted again by staging protests against tyranny. Blinded by the momentum of what was deemed to be liberty unfolding, many bought into the pro-democracy rhetoric coming from Brotherhood spokespersons and either could not or chose not to see or judge their contradictory actions.

Meanwhile, a branch of protesters regarded Brotherhood involvement and their level of success as a categorical step oriented toward Sharia and were ignited against them. Disillusionment set in among a portion of the youth as Egypt’s transformation backward fast forwarded. Protesters, however, were reunited and reinvigorated by this ill-fated development and resolved to persevere as the year 2011 came to a close.

Although the war was far from over for pro-democracy liberals, the battle for the rewrite of Egypt’s constitution under the jurisdiction of SCAF was about to be lost with the upcoming of November 2011- January 2012 parliamentary elections. This proved to be a significant set back for the cause of freedom in Egypt as recent history has shown.

Mid-2012 brought the Presidential election with a list of candidates belonging to well-established parties with democratic-sounding names but with backgrounds of an opposite nature. Missing from the list was a candidate or party actually of the freedom fighters or genuinely linked to them.

When the “democratic” election took place, it was fraught with problems of fraud and visible cheating conducted by the Freedom and Justice Party and candidate Mohammad Morsi. Resulting in a count dispute, the election was resolved by a candidate selection made behind closed doors and handled by SCAF which publicly announced the highest vote getter of the final vote count to be Mr. Morsi. Rumors grew and skeptics were plentiful.

Immediately following his installation as President, Mr. Morsi systematically withdrew, negated or ignored every pro-democracy campaign promise he made to Egyptians. All eyes were wide open to his consolidation of power within the executive office in November 2012, and freedom fighters began to view Mr. Morsi as a dictator of a new and worse regime.

Within days of his expanded powers, Mr. Morsi used the Muslim Brotherhood to push back pro-democracy liberals voicing opposition to his power grab — attacking, kidnapping and torturing peaceful protesters in front of the Presidential palace as Mr. Morsi escaped through the servants’ quarters to avoid confronting freedom fighters enraged by his militia.

After the December 2012 constitutional draft referendum brought approval of “Allah’s law” – officially moving Egypt away from democracy, freedom and human rights — Egyptians now know two things. This vote does not represent the true desire of the majority of Egyptians and that Mr. Morsi’s interest in democracy is nothing but a fantasy held by the West. The latter was fully recognized by Egyptian protesters six months earlier upon Mr. Morsi’s official installation and congratulatory visit by Mrs. Clinton (in June 2012) when she dodged tomatoes lobbed at her by pro-democracy freedom fighters.

While visiting Cairo last month before the second half of the constitutional referendum, U.S. Assistant Secretary of State Michael Posner was asked by CNN’s Christiane Amanpour in a Dec 11 interview if he thought that Egypt would be worse off than before Mubarak was deposed should the draft constitution be approved. He did not flat out condemn the new Sharia draft constitution written by Islamists and refused to answer her question.

However, speaking with “great concern,” Mr. Posner went on to insist that “consistent with what the government of Egypt says they will do,” human rights content in Egypt’s draft constitution can be achieved as well as a democratic process inclusive of all Egyptians. Unlike pro-democracy freedom fighters that have no faith in Morsi’s government and never really had, Mr. Posner wrongly places his hope, albeit merely a shred, in Mr. Morsi and the Muslim Brotherhood. America for some reason, in spite of all the evidence to the contrary, has shown faith in a Muslim Brotherhood rise to power in Egypt and from the earliest point has offered encouragement.

Barring an intervention (military, financial, media) bolstering Egypt’s grass roots freedom fighters and advancing them toward civil war, 2013 could bring a crushing defeat for rebellion forces due to the divisive tactics of Morsi’s regime spreading religious intolerance and suppressing speech within their defenses.

However, by Mr. Morsi allowing Egypt to decline economically and fall into bankruptcy, he would unwittingly serve to swell the ranks of revolutionary freedom fighters as the natural outcome of deprivation. Impoverished and depleted with nowhere to turn, the bereft — without food, clothing, shelter, work or savings — will pour into the streets to join the fight against the powers that be.

Meanwhile, Mr. Posner should take a lesson from Nobel Peace Prize Laureate, Tawakkol Karmon, in her Lessen for Arab Spring. She cautions that the government’s “good intentions” must never be relied upon.

Dr. Ashraf Ramelah is founder and president of Voice of the Copts, a human rights organization, www.voiceofthecopts.org . He is a board member of Stop Islamization of Nations (SION). 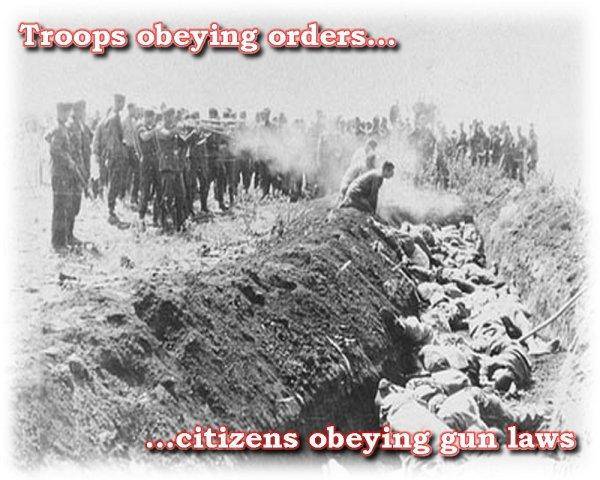 Read more at The Blaze …