Looks like the biggest sports expo on the East Coast really stepped in it. Over 170 major vendors and celebrities have pulled out and good for them. If they can’t support the Second Amendment, they literally don’t know how their bread is buttered.

The boycotts are a result of the announcement by show organizer Reed Exhibitions that so-called assault rifles and high-capacity magazines will not be allowed to be displayed or sold at the show this year. 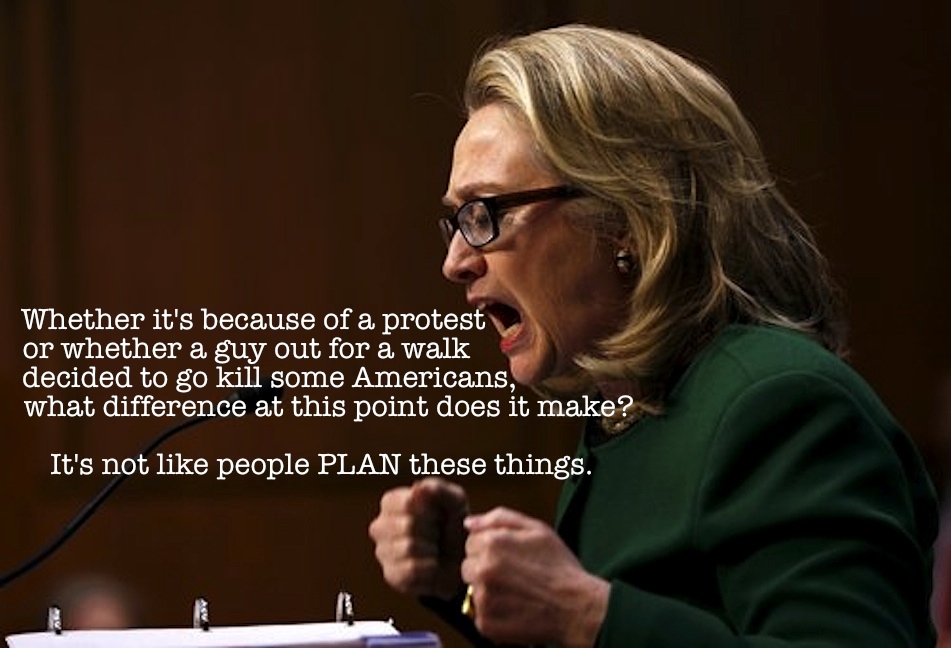 Oh, PM Netanyahu’s joint Likud-Beitenu list secured by far the most votes in yesterday’s election, and it is expected that he will form the next coalition and continue in his role as head of the government. But the election results could have been sooo much better.

The counting is not quite over (soldiers’ votes are being counted), and so there may be a shift of a mandate (seat) or two, but right now this is the line-up:

The big shockers are that Likud-Beitenu only got 31 and not the 42 that had been predicted when Likud and Yisrael Beitenu merged their lists some time ago, or even the more recent predictions of 35.

Similarly Habayit Hayehudi had been predicted to have 14 or more mandates, so the current number is low for this party, as well.

Although…on the other hand, this represents a huge gain over the three seats Habayit Hayehudi had last time around. Then it functioned as the “New National Religious Party” (modern, nationalist religious), but now Bennett, emphasizing unity and a home for all, has broadened its base, so that the party has become a player of consequence.

The left wing parties aren’t happy. Their numbers are low.

Who’s happy? Yair Lapid, whose party has now garnered far more votes than anyone ever thought possible. Yair Lapid today is something of a king-maker. 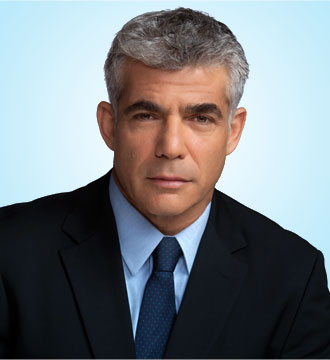 When I say that Bibi “blew it” — in terms of what might have been possible — I have several factors in mind:

First was his decision to merge Likud’s list with that of Avigdor Lieberman’s Yisrael Beitenu. Seems in the end that there were Likud voters disgruntled with Lieberman and Yisrael Beitenu voters disgruntled with Netanyahu. The net result of this was a loss of voters to other parties. In the last election, these two parties, running independently, garnered a total of 42 mandates.

And then there was the abysmal campaign that Likud ran. I have good information from inside the Likud organization that the planning for a grassroots campaign — which was standard in the past — never took place this time, much to the distress of activists who wanted to be involved. I can only assume that this was as a result of misplaced complacency.

But there’s more, in terms of campaign errors. The most serious, in my mind, was Netanyahu’s attack on Bennett, and the more general attack by Likud on Habayit Hayehudi. I criticized it, as it was happening; it was wrong. The campaign rhetoric should have been directed against opponents on the left, not against Likud’s natural ally. What Netanyahu did was weaken Bennett — which was clearly his intention. However, it is not at all clear that those he drove from voting for Habayit Hayehudi then reverted to Likud — which would have been the culmination of what he sought.

MK Uri Orbach of Bayit Yehudi has a theory. He says that young voters, tired of the old political re-runs, were looking for a new face. The two possibilities that presented themselves were Bennett and Lapid. As Likud criticized Bennett as too radical, not supportive of women, and whatever other nonsense, the young voters moved over to Lapid. It is plausible.

Add to this the fact that Netanyahu did not campaign clearly on the issues, or even seriously explore the issues in the course of the campaign. He spoke about his experience, and presented himself as the only one equipped to lead the nation. But he did not talk in specifics about what he intended to do during a new term.

As is typical of him, he did a fair amount of vacillation, providing potential voters a mixed message that left them confused. On one day he took an admirable stand with regard to intention to build in E1, and he certainly saw to it that the illegal tents that Arabs erected there were removed promptly. He declared that there would be no mass movement of Jews out of Judea and Samaria during his next term, as well. But then he said that he would be governing on the basis of his Bar Ilan speech, which called for a “demilitarized Palestinian state.” Methinks that sometimes an effort to please everyone pleases no one.

On learning of the election results, the prime minister seemed pleased, and declared himself grateful to be given the opportunity to lead the country for another four years. Of course he would say this, but I think at a very basic level it is his party that is hurting, more than he. (I have yet to take a careful look at the list to see which Likud candidates lost out.)

Netanyahu said, and I consider this admirable, that he would be focused on Iran in his next term. There are those who suggest that he didn’t discuss this during his campaign because he sensed that people don’t want to hear it. Thus was focus — such as there was focus — on matters such as less expensive housing.

He also said that he would be forming a broad coalition. This would be his style. He has no interest that I can discern in forming a right-religious coalition. The guessing now is that he will include Habayit Hayehudi, Shas, UTJ, and Yesh Atid. It seems unlikely that he will bring in Livni, for a host of reasons. But we should never say never, I suppose. Livni is angling for inclusion.

What a broader coalition does — while it makes nationalist goals more difficult to achieve — is to provide him with a fig leaf, cover before the world so that it’s clear he is operating from a broad consensus. This would be a good and even necessary thing were he to decide to hit Iran, for example. It should never be said that the “right wing crazies” promoted a dangerous action. And similarly concerning our relationship with the Arabs.

I should mention here that the Likud list is more right wing than has been the case in the past. So there is hope that there will be some leverage on the prime minister from within his party. One would expect that there should be — but Netanyahu tends to do his own thing, so it is not a certainty.

And what of Lapid in all of this? The left wing is urging him not to join a Likud coalition, but he wants a piece of the pie (why shouldn’t he?) and is very unlikely to repel Netanyahu’s advances. The prime minister is already reaching out to him.

What I saw as a major stumbling block with regard to a coalition that includes both Shas and Yesh Atid is the Yesh Atid platform regarding draft for yeshiva students, something that Shas opposes. But — no surprise! — both parties have already expressed a willingness to work out a modus vivendi here.

Lapid is listed as “left,” but in fact is more centrist. He began his campaign in Ariel in Samaria, and has come out saying not only that major settlement blocs in Judea and Samaria should be retained in any final deal, but that such a deal would have to factor in security situations. No crazy “let’s pull back to the ’67 line and give them their state” statements from him.

David Rubin identifies Lapid as a “pragmatist” who has said, “I don’t like the tendency to blame the Israeli side. Most of the blame belongs to the Palestinian side, and I am not sure that they as a people are ready to make peace with us.”

Bottom line is that Lapid, a well-known TV personality, is a political novice, who has yet to be tested. He is from Tel Aviv and it was noted yesterday that the voter turnout there was very heavy. He has his following. Let us hope that we will be pleasantly surprised with how he develops in his role in government.

I do consider it more likely that Netanyahu, with Lapid in a major position in the government, will agree to return to the negotiating table.

That Obama also thinks so is quite clear (this does not go down well). After the election results were in, US Ambassador to Israel Dan Shapiro was visibly elated in the statement he made.

This will be a position only in principle, however, because Abbas is not about to join Netanyahu. His spokesman, Nabil Abu Rudeineh, has already made a statement that:

“What interests us in the next Israeli government, is for it to abide by the two-state solution, stop settlements and recognize the United Nations General Assembly November 29 resolution that talks about a Palestinian state on the 1967 borders with Jerusalem as its capital.
“We are ready to work with any government in Israel that accepts these terms of reference that are based on international resolutions.”

For the record, let me make it clear here that 1) General Assembly resolutions are only recommendations and absolutely not binding in international law, and 2) that the UN cannot declare a state into existence and whatever was resolved applied only internally to the UN itself.

But, hey, when did the Palestinian Arabs ever let facts get in the way of what they declare.

Hanan Ashrawi, a member of the PLO Executive Committee, elaborated on this position at a press conference in Ramallah, when she said that the Palestinians do not expect any change in the Israeli position. “We do not think that peace is on the horizon…” She recommended that Palestinians Arabs continue their “nonviolent resistance” and work on unity.

Before I leave this subject, let me note that a recent statement attributed to Obama with regard to the fact that Netanyahu’s policies will isolate Israel in the world may also have cost Likud some votes.

Now we await the process of formulating a coalition, and then of assigning ministries. Key here is the position of minister of defense, which has inspired much speculation.