The Other McCain: Daniel Hannan Is One Of The Reasons We Don’t Lose Hope 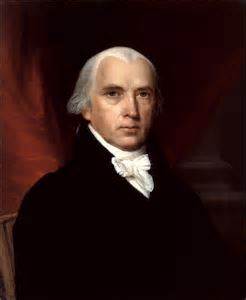 This is The Age of Ignorance. Our “intellectuals” can’t think. Our “scholars” parrot each other. The self-educated fixate on idiotic theories. Our People despise Truth and disseminate lies.

Nullification deniers such as Matthew Spalding of Heritage Foundation, Jarrett Stepman of Human Events, law professor Randy Barnett, David Barton of Wallbuilders, and history professor Allen C. Guelzo, say that nullification by States of unconstitutional acts of the federal government is unlawful and impossible. They make the demonstrably false assertions that:

Their assertions contradict our Declaration of Independence, The Federalist Papers, our federal Constitution, and what James Madison, Thomas Jefferson, and Alexander Hamilton really said.

What are the Two Conditions Precedent for Nullification?

The deniers seem unaware of the two conditions our Framers saw must be present before nullification is proper and possible. These conditions are important – you will see why!:

What is “Interposition” and What is “Nullification”?

“If the federal government should overpass the just bounds of its authority and make a tyrannical use of its powers, the people, whose creature it is, must appeal to the standard [the Constitution] they have formed, and take such measures to redress the injury done to the Constitution as the exigency may suggest and prudence justify.” [emphasis mine]

“Nullification” is one form of interposition. Now! Here are three highly relevant illustrations:

When the act of the federal government is unconstitutional and orders The States or The People to do – or not do – something, nullification is the proper form of interposition.

When the act of the federal government is unconstitutional, but doesn’t order The States or The People to do – or not do – something (the alien & sedition acts), nullification is not possible. The States may interpose by objecting, as in The Virginia & Kentucky Resolutions of 1798.

When the act of the federal government is constitutional, but unjust (the Tariff Act of 1828), the States may not nullify it; but may interpose by objecting and trying to get the Tariff Act changed.