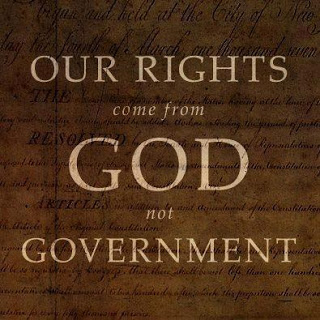 Being an American requires considerably more than a piece of paper saying you were born here; it means you understand and accept the responsibilities placed upon you and the moral obligation to maintain your liberties. To know where you’re going you have to know where you came from.

Zig Ziglar used to tell a story about his brother, a brother who’d been struggling to be successful. His brother said, “This year’s going to be the best year ever,” where upon Zig asked him, “So how much did you do last year?” There was a long silence before his brother stuttered out, “…well, I’m going to have the best year ever,” without as much enthusiasm; he didn’t actually know how well he’d done the year before.

Zig suggested his brother keep a record of all he did, write down everything; how many people he talked to, how many liked his presentation, how many purchased, how many came back again; in other words, keep good records, so you’ll know what you’ve done in order to improve.

The same holds true for being an American; except the records on our history have been kept already; where we came from, what we believed in back in the beginning, why we chose to separate, how our founding documents were formed and placed into action, defending our nation and everything up until yesterday’s headlines are all written down. It’s our responsibility to learn why being an American is important; our core values and why they are not up for compromise. 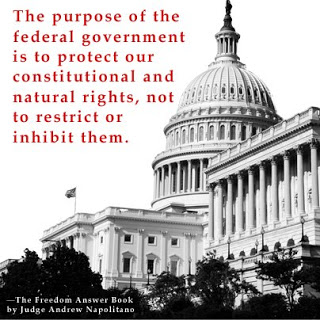 Part of our history isn’t taught, at least not in our public schools as it’s tied so closely to our religious beliefs. That wall called separation of church and state, a deception intended to bring down a righteous nation, permits only the teaching of dates and names while leaving out the core beliefs of those involved because those core beliefs involve a solemn dedication to our Savior, Jesus Christ’s teachings.

At one time a goodly portion of our populous considered our nation as having been founded on Christian principles. If you happen to fall toward the secular side then substitute man’s ability to discern good from evil and disregard how such discernment is a gift from a loving Heavenly Father unto all His children.

There are many who believe our founding documents were divinely inspired, that our Creator sought to have his children live in a country prepared for them wherein they might enjoy their individual agency to the fullest extent, that ability to choose for themselves which was not available under any other government. The agency of man which has been fought for all the way back to the War in Heaven and which is under continual attack from those who follow the Great Deceiver, even Satan himself.

“The adversary,” said Brigham Young, “presents his principles and arguments in the most approved style, and in the most winning tone, attended with the most graceful attitudes; and he is very careful to ingratiate himself into the favour of the powerful and influential of mankind, uniting himself with popular parties, floating into offices of trust and emolument by pandering to popular feeling, though it should seriously wrong and oppress the innocent. Such characters put on the manners of an angel, appearing as nigh like angels of light as they possibly can, to deceive the innocent and the unwary. The good which they do, they do it to bring to pass an evil purpose upon the good and honest followers of Jesus Christ.” (JD 11, 238-239.) Ezra Taft Benson in his talk, Be Not Deceived.

Deceptions only work if we permit ourselves to be led down the garden path with our eyes and hearts closed to righteousness… and yet, so many are easily deceived through their desire to cruise through mortality in the lap of luxury, never having to face the struggles which will improve their metal and refine them.

Senator Feinstein recently submitted a bill that would seriously limit the ability of individuals to own and purchase certain types of weapons which have arbitrarily been designated “assault weapons.” The claim, which is without merit, is that by limiting the ability to own and purchase dangerous looking weapons, those which look similar to weapons used by the military and yet do not function in the same manner, that such a mandate would lead to the safety and well being of our nation. (a well known talk show host would at this time blurt out, “Barbara Streisand!”; perhaps the initials BS are involved)

If you looked for a definitive answer to, “What is an Assault Weapon,” it might take quite some time to find one; you see, the term is made up in order to facilitate political agendas. Quoting from that article:

“As flawed as the AWB definition of assault weapons may be, the wording has found its way into many state codes, including that of Connecticut, site of the December Newtown school shootings. “The AR-15 that [shooter] Adam Lanza used was a legal weapon under Connecticut law,” wrote Sweeney.”

(It should be noted with great interest, reports Lanza used an AR-15 were incorrect. The left leaning new media, either by neglect or willful intent reported this as if it were true except that Lanza didn’t use an AR-15 as reported; he used a variety of pistols to murder his victims.)

Using this tragedy to advance their agenda, to remove firearms from the average citizen, politicians on the left immediately called for a ban on anything “scary looking” that could be called an Assault Weapon or Semi-Automatic.

On face value it appears Senator Feinstein is concerned for the children; again, Barbara Streisand! She is correct to some extent; this is not the America that our founding fathers envisioned. Our founding fathers built in provisions to protect the agency of man, the ability to choose how to defend their property and/or lives and took great effort in limiting the government from infringing on that God given right. Our founders saw the day when corrupt individuals would assume powerful positions in government and attempt to usurp powers reserved for individuals; the term is tyranny.

In an article published January 27, 2013 on the Fox News website, President Obama expressed his displeasure with those who refuse to violate the intent and purpose of the 2nd Amendment by not going along with his draconian attempts to curtail an individual’s ability to purchase and own certain types of personal weaponry.

“The president said he has a profound respect for the traditions of hunting that date back for generations.”

Well isn’t that special, the president would have us believe the 2nd Amendment is all about sportsmen and hunting Bambi; what a Crock! (pardon my reference to a rather crude and demeaning term involving excrement)

“The president argued that “the more left-leaning media outlets recognize that compromise is not a dirty word” and that party leaders, including Senate Majority Harry Reid and House Minority Leader Nancy Pelosi, are “willing to buck the more absolutist-wing elements in our party to try to get stuff done.”’

That about sums it up if you’re paying attention; those in favor of scrapping our constitutional republic in favor of a more Utopian totalitarian form of government are more than willing to toss out our God given rights and hand powers over to the government. This is tyranny under the guise of protectionism; it’s all about saving the children. (Barbara Streisand in bold block letters.)

Getting back to Ezra Taft Benson’s talk, Be Not Deceived; he quoted yet another leader in the Church, Elder Marion G. Romney (hummmm… take a guess…), “…Free agency is the principle against which Satan waged his war in heaven. It is still the front on which he makes his most furious, devious, and persistent attacks. That this would be the case was foreshadowed by the Lord…”

Free agency must be of great importance to mankind; why else has it been at the forefront of our conflicts throughout history?

‘“You see, at the time he was cast out of heaven, his objective was (and still is) to deceive and to blind men and to lead them captive at his will.’ This he effectively does to as many as will not hearken unto the voice of God. His main attack is still on free agency. When he can get men to yield their agency, he has them well on the way to captivity.” 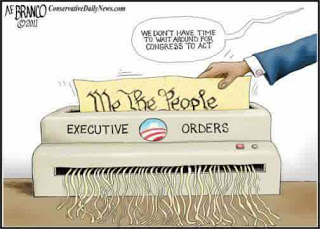 Obama has already expressed a desire to “get around” Congress, a Congress that’s too slow to get behind his transformation of America via the use of Executive Orders. Isn’t that the same as saying he has no desire to follow his oath of office, to support the constitution, the divinely inspired form of government which We The People have as our protection against corruption at the highest levels?

Those we call progressives or the liberal left, which would include most Democrats and quite a few Republicans, have thrown in with the Great Deceiver to eliminate one of our most sacred gifts from on high, our free agency. They do this a little here, a little there so as not to alarm us to the point of action. Their strategy has worked very well and continues to erode our liberties. We are being led down the garden path, all in the name of our safety and security, toward the destruction of a nation founded with God’s own blessing.

One thought on “The Path Toward Destruction”