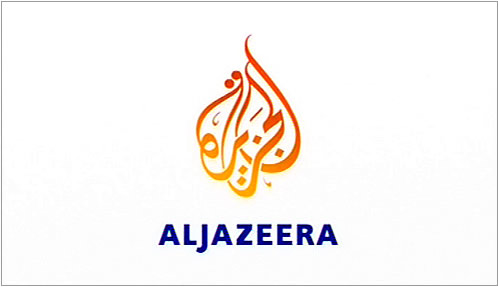 I remember 9-11 as if it were yesterday. The shock, the horror, the tears… the vows of ‘we will never forget.’ Evidently, Al Gore couldn’t be bothered with that memory. Money was way too important – bringing America to her knees was too tempting. He sold Current TV for a cool 500 million to Al Jazeera, because they had ‘aligned views.’ I’m sure they do. And as a benefit, the Goracle pocketed 100 million in blood money.

Now, we have opened our door to America to these terror vampires and invited them in of our own free will. Tell, me you haven’t seen this movie before? Ask yourself this, should an enemy propaganda station be allowed to broadcast into millions of American homes? Al Gore, the FCC and the Committee on Foreign Investment in the United States say yes to that. Why not? We have the Muslim Brotherhood infiltrated throughout our government and a President who stays true to his Muslim roots. At least now you’ll be able to watch hot and cold running Islamic propaganda. Terrorist videos showing beheadings of our troops and innocent people being run at all hours of the day and night, all the while blaming America. No more waiting to hear a murderous cleric railing against America and Israel, while calling for a worldwide Caliphate. It’s a brave, new Islamic world and Al Jazeera’s wildest dream come true. Al Jazeera English, “Terror TV” brought to you by a treasonous Al Gore.

“Current will provide the pan-Arab news giant with something it has sought for years: a pathway into American living rooms. Current is available in about 60 million of the 100 million homes in the United States with cable or satellite service.”

Want some examples of Al Jazeera’s bias? Media Research Center has a few:

Not only is the sale of the network an insult to America, it is a national security threat and violates numerous laws. Al Jazeera forced networks to sign and comply with an illegal affiliate contract that forcefully compels the bundling of Al Jazeera with other stations. So you get and pay for Al Jazeera whether you want it or not. They have also violated the Foreign Agent Registration Act because they are a property of the Qatar government as designated by our State Department and have not registered as such or identified themselves as a foreign agent when broadcasting. Cliff Kincaid will be holding a press conference next week and here is a slice of his research on the subject:

First, the “misinterpreted” videos were from Osama bin Laden—and al Qaeda, which is still trying to kill us. There is nothing to misinterpret. Paul L. Williams, author of the new book, Crescent Moon Rising points out that, during Operation Enduring Freedom, the official name for the war in Afghanistan, “All the tapes from al Qaeda were aired on Al Jazeera to inflame the Arab world. They added all that fuel so that our troops would be killed.” Al Jazeera’s correspondent in Afghanistan, who interviewed bin Laden, was sent to prison for being an agent of al Qaeda.

In Iraq, after the American invasion, the same thing occurred. Al Jazeera’s first managing director was exposed as an agent of the Saddam Hussein regime and the channel promoted the anti-American insurgency. The coverage inspired foreign Jihadists to come to Iraq to kill American soldiers, as captured terrorists acknowledged in interviews.

The new film, “Zero Dark Thirty,” mentions that the courier who eventually led the CIA to bin Laden was located in Pakistan near an Al Jazeera office in order to get the terrorist leader’s videotapes to the channel for worldwide distribution. This was no accident. The collaboration between Al Jazeera and al Qaeda continues to the present day. The channel has interviewed almost every major al Qaeda leader, including Anwar Al-Awlaki, who inspired the Ft. Hood massacre through his contacts with Muslim Army soldier Nidal Hasan. Al-Awlaki was also linked to the attempted bombing in the U.S. on Christmas Day by radical Muslim Umar Farouk.

Second, despite what Al Gore implies, the Arabic and English versions of Al Jazeera are paid for by the same dictatorship. Even Hillary Clinton’s State Department admits that, adding that Qatar controls the news policies and personnel of the channel.

And from Right Sight News and James Simpson, you can readily see Al Jazeera’s terrorist goals in collusion with al Qaeda and the Muslim Brotherhood:

As a recognized producer of anti-American, Islamist propaganda, Al Jazeera poses a direct national security threat. Overseas it has fanned the flames of resentment against the West. Within the U.S. it can be expected to collude in the Muslim Brotherhood’s “Civilization Jihad” to gradually subvert American culture and law through deception and “information dominance.”

Despite Obama administration claims to the contrary, the Muslim Brotherhood is not a benign organization. Current al Qaeda leader, Ayman al Zawahiri, is a longtime Brotherhood member. The Brotherhood’s goals within the U.S. were clearly spelled out in a secret document revealed in the 2004 Holyland Foundation trial (Comments were part of the original documents):

Gore is now claiming that Al Jazeera is ‘highly respected.’ This is the same evil, manipulative elitist Marxist who has been shoving the global warming hoax down our throats for years. Peddling fascism while lining his pockets. His blatant hypocrisy doesn’t even give him pause. He figures that there are enough idiots out there that he can get away with just about anything. Kincaid is calling him on it. He’s one of the very few with the stones to do so. Make no mistake, Al Jazeera is the enemy. They are directly or indirectly connected to every military death over the last ten years at least. It’s like inviting Tokyo Rose or Axis Sally into our homes.

Al Jazeera has the capability to now reach into millions of homes to convert Americans to Islam. To prepare them for holy Jihad and radicalize minions in their conquest of America from the inside out. Imagine suicide bombings across America. Doesn’t that just give you a tingle up your spine? Violence, terrorism and brutality will sweep America just like the Middle East if we allow this to continue. Now the infection isn’t just in our hallowed halls of government and in our educational system. This is akin to mainlining it into the body politic. Both sides of the political aisle are complicit in this coup… either promised money and power or out of partisan blindness. It doesn’t really matter – in the end it is the selling out of America to enemies, outside and from within.

This needs to be investigated by serious parties and immediately before it is too late. Cliff Kincaid is a fantastic speaker, a brilliant researcher and writer and a patriot. Pamela Geller is not only my friend, but one of the bravest out there fighting radical Islam. If you are able, catch the press conference while you are in the area. Please RSVP with Phil Kent at [email protected] or call (404) 226-3549. We need your support. You can view the event online at Kenneytv.com and I’m sure it will be on YouTube and/or MRCTV afterwards. Read up on it and fight. We have to force our politicians to do their jobs or be out of a job. Islam has conquered countless countries by force, don’t let them conquer America through the airwaves without any protest from Americans. Terror TV: bringing “peace” to America. Let it not be so.

Cliff Kincaid, president of America’s Survival, Inc., is holding a press conference Tuesday, February 5th from 1 to 3 pm, at the National Press Club in Washington, DC. He intends to call on Congress to investigate the controversial sale of Al Gore’s Current TV to “Terror TV” channel Al Jazeera. “While Americans are packing theaters to watch the movie ‘Zero Dark Thirty’ and celebrate the death of terrorist Osama bin Laden, the former al Qaeda’s leader’s favorite TV channel is coming to 40-50 million American homes,” Kincaid said. “Al Jazeera should be exposed as a homeland security threat that already has American blood on its hands.”

Broadcaster Jerry Kenney, (Kenneytv.com) has filed complaints with the U.S. Justice Department and the Federal Communications Commission alleging that Al Jazeera has been conducting illegal broadcasts into the U.S. These are major allegations that to date have not seen the light of day in the mass media.

Also speaking is Pamela Geller, founder of the Atlas Shrugs website, president of American Freedom Defense Initiative and the leader of the opposition to the Ground Zero Mosque. Pam scored a major victory against Islamic radicals in court by defending her right to post billboards highlighting Islamic terrorism at public transportation stops and other locations throughout the U.S.

Time and Date: Tuesday, February 5th, 1 pm – 3 pm. The National Press Club is located at 529 14th Street Northwest and the press conference is in the First Amendment Room on the 13th floor.

To RSVP contact Phil Kent at [email protected] or (404) 226-3549. More information is available on www.usasurvival.org.