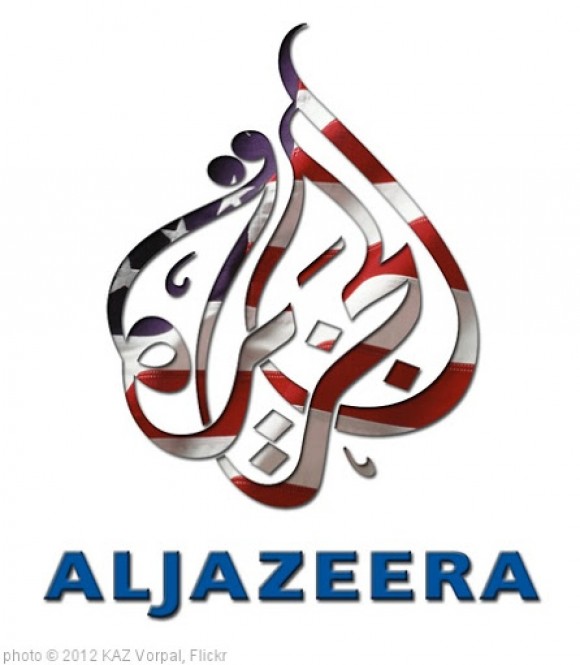 By refusing to investigate the Al Gore/Al Jazeera deal, it would appear that Capitol Hill “conservatives” like Republican Reps. Michael McCaul, Steve Scalise, and Paul Broun are adopting the view that we have nothing to fear from the global jihad and its instruments of propaganda being positioned on U.S. soil.

This view finds support from Scott McConnell, writing in Patrick J. Buchanan’s magazine, The American Conservative, who says there should be no “national loyalty oath” for a new cable channel in America and that the transaction is “welcome news.”

Al Jazeera is the voice of the Muslim Brotherhood and the various terrorist groups it has spawned, including al Qaeda and Hamas.

In all seriousness, McConnell calls the sale of Al Gore’s Current TV to the Al Jazeera channel a “public service.”

In an endorsement of the deal, McConnell writes that the channel, which he admits is “Qatar government-funded,” can be “quite good.” However, he admits, “I don’t watch it often.”

He fails to point out the elementary fact that there is no freedom of the press or speech in Qatar.

Unfortunately, this is the kind of uninformed commentary that we have seen all too often in regard to the Al Jazeera deal. It is significant that a self-described “conservative” would adopt this view and that a magazine called “The American Conservative” would publish such nonsense.

During the Cold War, Patrick Buchanan, who served as President Reagan’s White House communications director, was an anti-communist who combatted and helped expose Soviet disinformation and propaganda activities. But in the face of the global jihad, such defenses are apparently being dropped. Indeed, Buchanan has himself been featured in a sympathetic light on Al Jazeera, discussing why he opposes U.S. military intervention in the Middle East.

This is, of course, a legitimate conservative point of view, even if going on Al Jazeera is not the proper place to make such an argument. But McConnell’s idea that Al Jazeera somehow has a right to enter the U.S. media market without scrutiny is not supported by the evidence.

There is no “national loyalty oath” for a cable channel. But there are various laws that are supposed to apply to this transaction which are being ignored. These include the Foreign Agents Registration Act, Federal Communications Commission rules, and the review process of the Committee on Foreign Investment in the U.S.

But the basic hurdle that the channel cannot overcome, based on the evidence of its collaboration with al Qaeda, is that it provides material support to terrorism and, therefore, cannot legally operate on American soil. The Hezbollah TV station Al Manar was outlawed in the U.S. on this basis.

If there is some doubt as to Al Jazeera’s relationship with al Qaeda, then Congressional hearings can set the record straight.

Even if the deal was legitimate and had received the necessary approval, there is every reason in the world for true conservatives to oppose the channel’s entry into the U.S. on the grounds that it spews propaganda which can misinform, mislead, and inspire violence.

There is nothing much we can do about foreign propaganda that is based overseas. But allowing our enemies to operate on the U.S. mainland is a prescription for The Suicide of the West, which is the name of a book by James Burnham I read growing up and which I know is familiar to Pat Buchanan.

For some reason, however, there are some conservatives today who don’t regard the global jihad to be as menacing as Soviet communism.

For those in denial, take some time to look at the case of Lars Hedegaard, the Danish journalist, who was almost killed on Tuesday by a jihadist. I met him at Pamela Geller’s 9/11 conference in New York City last year. He had been prosecuted in Denmark for thought crimes against Islam, in a court battle that went on for two years and eventually saw an acquittal on charges of racism and “hate speech.”

As I pointed out in an article about the event, what is happening in Europe is coming to the United States, as the Obama Administration openly sides with global Islam against our God-given First Amendment right of free speech.

That First Amendment does not give Al Jazeera the “right” to operate on U.S. soil, especially when the evidence implicates the channel in violence and terrorism against Americans.

We cannot lose our rights on the pretext that our sworn enemies deserve them more than we do.

McConnell writes enthusiastically about how, “two years ago, when much of the world was riveted by Al Jazeera’s coverage of the Egyptian revolution,” without noting the purpose of the coverage and what has transpired since then.

In her article, “Al Jazeera: Non-Arabs Should Not Be Fooled,” Najat Fawzy AlSaied writes that, “The Emir of Qatar, an absolute ruler, and Al Jazeera, have not covered the ‘Arab Spring’ to advance democracy, but to support the Muslim Brotherhood, which is aligned with the Qatari regime. Al Jazeera has as its chief goal Muslim Brotherhood domination.”

She adds, “Early in the ‘Arab Spring,’ in Egypt and other countries, Al Jazeera promoted the Muslim fundamentalists. Regarding Syria, Al Jazeera publicizes the demands for power by jihadists.”

However, McConnell seems blind to what is happening right before his eyes in Egypt and the rest of the Middle East and the role that Al Jazeera is playing in it.

Those being fooled today include people like Scott McConnell. During the Cold War they were called dupes.

One thought on “Al Jazeera and the Global Jihad in America”