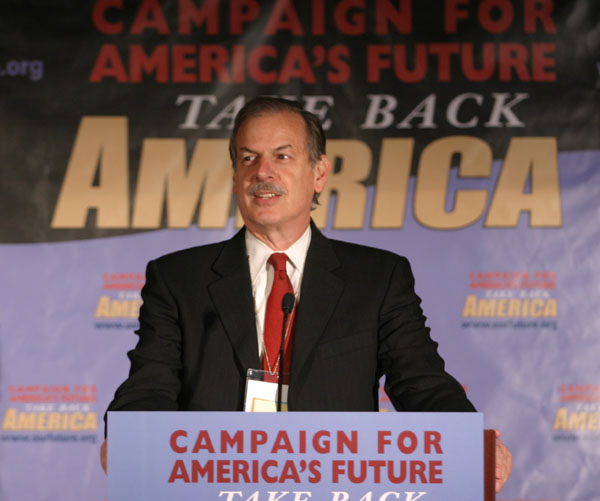 Robert Borosage is easily one of America’s most dangerous radicals.

He writes widely on political, economic and national security issues for publications including the New York Times, the Washington Post, the Los Angeles Times, the Philadelphia Inquirer, The Nation and The American Prospect magazine.

Borosage is a frequent commentator on television and radio, including Fox Morning News, RadioNation, National Public Radio, C-SPAN and Pacifica Radio. He teaches on presidential power and national security as an adjunct professor at American University’s Washington School of Law.

Borosage is acting chair for the American Progressive Caucus Policy Foundation, which is a major conduit of socialist policies from the Institute for Policy Studies, into the US Congress via the Congressional Progressive Caucus.

On April 10, 1982, an IPS-sponsored group, including Borosage, visited Moscow for a week of meetings with high-level Soviet officials responsible for disseminating disinformation and propaganda for U.S. consumption. The IPS group identified only two of the Communist Party of the Soviet Union Central Committee officials they met – Georgi A. Arbatov, head of the Institute of the USA and Canada, a “think-tank” that provides research and analysis and also cultivates and develops contacts with Americans at the direction of the KGB and the International Department of the CPSU Central Committee; and Vadim V. Zagladin, first deputy chief of the International Department.

Robert Borosage has served as an issues advisor to progressive political campaigns, including those of Senators Carol Moseley Braun, Barbara Boxer and Paul Wellstone. In 1988, he was Senior Issues Advisor to the presidential campaign of Reverend Jesse Jackson.