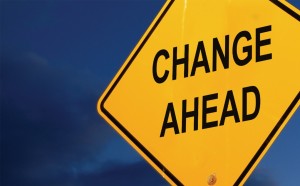 Look boys and girls, it looks like Idaho’s Governor Otter can be bought after all. Despite thousands of Idaho residents signing various petitions to stop the healthcare exchange, our esteemed politicians including Governor Otter and 16 freshmen in the Idaho House of Representatives (who are striking a deal selling our souls) have decided to approve Obama’s healthcare exchange in this state if they get what they want. Otter got 30 [million] pieces of silver for Idaho in grants for this health exchange travesty.

It seems they deemed this decision to be above the ‘pay grade’ of average Idaho citizens. Or perhaps ‘commoner’ would be more apt. It’s for your own good, don’t cha know.

Gov. Otter on a false choice:

“It’s a difficult choice, but one I find far preferable to submitting to a federally established insurance exchange, with all the loss of control over our own destiny that entails,” Otter said. He said the exchange will be designed to make health coverage more accessible and affordable for Idahoans.

One man stood against this monstrous mistake:

The one vote against introducing the bill in the committee came from House GOP Caucus Chairman John Vander Woude, R-Nampa, who said afterward, “I’m against a state exchange. Why would I vote for something that helps create it?”

It passed a senate committee and now goes before the full Senate. So, if you live in Idaho and have some opinion on the subject that goes beyond, ‘Hey take the money!’ you might want to get in touch with your elected representatives and give them that earful you’ve been saving.

Perhaps then they can explain how it is that the federal government is willing to throw cash at something that ought to be such a good idea that bribery would be unnecessary. If the feds have to bribe you to do something that is ‘a good idea,’ common sense tells you more scrutiny, more daylight, more transparency is in order. Idaho should not bow down to Obama’s goons.

Damn it – we moved here because Idaho was a free state. Don’t sell it down the river to the feds so easily.

2 thoughts on “Idaho Governor, Butch Otter, Has A Price”