Read more at The Daily Bail…

Read more at The Daily Bail… 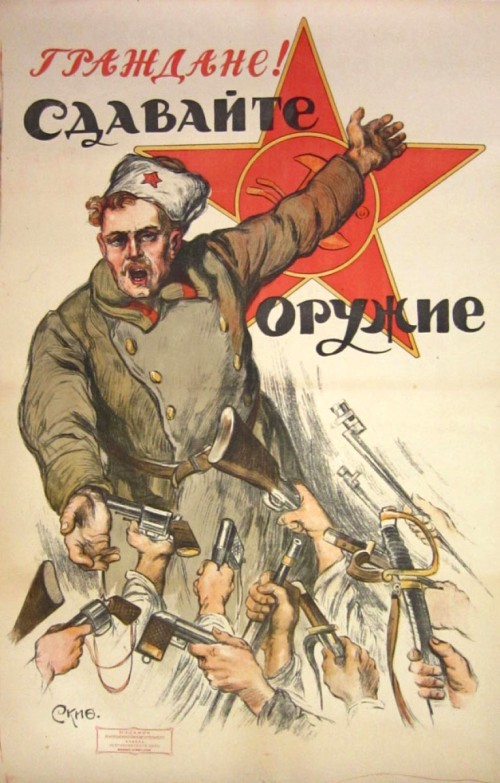 This 1918 Communist propaganda poster from the Russian civil war serves as yet another reminder that tyrannical regimes throughout history have always sought to disarm their populations through gun control.

The poster shows Russian citizens turning in their rifles, handguns and even swords as a communist soldier looms over them with the words, “Comrades, turn in your weapons” appearing in front of a hammer and sickle inside a red star.

The text bears a chilling resemblance to Senator Dianne Feinstein’s infamous “turn em all in” quote from 1995.

Dr. JoAnn Watson is a Michigan socialist activist and Detroit City Council member. Watson is serving her first full term as a Member of the Detroit City Council, where she has sponsored more than 1,000 laws in 5 years, including: a ban on hand-held cell phones while driving, a ban on smoking in public places and a law demanding that Receiving Hospital & Hutzel Hospital remain open “in perpetuity.”

She is a radical, well connected with most of Detroit’s main Marxist organizations.

During the 1980’s, Watson co-founded Peace Links in Detroit (with Communist Party USA supporters the Hon. Erma Henderson and the Hon. Maryann Mahaffey) and she visited Moscow, Leningrad and Tblisi, Georgia in the U.S.S.R. in 1989 as a delegate with Women for a Meaningful Summit traveling with the Hon. Millie Jeffrey and the Hon. Debbie Stabenow.

In the mid-2000s the pro-Cuban/North Korean Workers World Party developed a strong relationship with Detroit City Council members JoAnn Watson and Maryann Mahaffey. Watson has since worked with the WWP, the Committee to Defend Diane Bukowski and Freedom of the Press, Moratorium NOW!, National Conference to Reclaim Our Cities and several other campaigns.

In 2011, the Detroit City Council designated its main chamber – the Committee of the Whole Room – as a Peace Zone in memory of Al Fishman, lifelong peace activist who was a member of Committees of Correspondence for Democracy and Socialism and participated in the Peace and Solidarity Task Force. The resolution, introduced by Council Member JoAnn Watson, states that Al Fishman was “one of our City’s finest Peace, Civil, Labor and Human Rights activists, advocates and champions, one of our true Citizens of the World.”