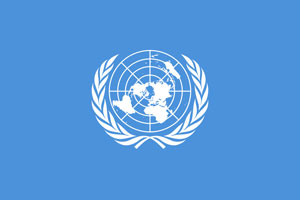 The 5th Global Forum of The United Nations Alliance of Civilizations takes place in Vienna today. In our experience most UN initiatives these days have a pro-sharia twist. The UNHRC for instance spends a lot of time criticising Israel but does not seem to adequately confront the human rights abuses elsewhere (1). Perhaps the UNHRCs work is corrupted because it gives membership to countries who are human rights abusers. It produces UNHRC Resolution 16/18 but apparently does nothing to ensure that the member states of the Organisation of Islamic Cooperation (OIC) permit the religious freedom, a freedom that it purports to uphold. In effect UNHRC Resolution 16/18 has become a pro-sharia document designed specifically to expand the reach of sharia.

We expect that the Alliance of Civilizations will be no different and will prove to be yet another mechanism to demonise sharia critics and facilitate the expansion of the zone of sharia compliance that already causes immeasurable misery around the world. We will be watching the 5th Global Forum with great interest.

See Tundra Tabloids for updates. Updates will also be posted below:

We are told from people on the ground at the event that the person who introduced the event suggested that they expected more harmony from this forum. Below is a gist of what specific individuals talked about:

Suggested that anti-Muslim sentiment was commonplace. That Muslims are being vilified instead of being embraced. That leaders need to speak the language of tolerance. That the three most important issues that needed to be addressed by all speakers were:

1) The impasse between Israelis and Palestinians

2) The situation in Mali

3) The situation in Syria

Suggested that racist attacks are on the rise. That the magnitude of the threat is threefold:

3) Prejudice – he believes that we can eliminate the threat posed by prejudice. He

mentioned that there are many good examples of people living in harmony and such societies are more successful – however he did not name any of these countries or societies.

He suggested that we witness harsh and insulting behaviour towards Muslims and that this is an unconscionable act. Also that we need to act on prejudices and need to consider Islamophobia as a crime against humanity. He suggested that no religion would ever endorse violence, that Islam is a religion of peace and that the word ‘Islam’ means peace.

ICLA Comment: Our prediction of that the Alliance of Civilizations is a pro-sharia front seems to be coming true based on much of what has been reported above. The focus seems very focused on issues that are seen as important to Islamic countries. Nothing has been said about the persecution of non-Muslims in the Islamic world. It seems from what Mr Erdoğan was saying about the Security Council that there should be permanent Islamic representation on that body. This perhaps is an indication that Islam has political objectives. It must be remembered that the Security Council is not a religious assembly.

We have a further update. It appears that human rights issues have not been raised at this event though the United Nations Declaration of Human Rights was mentioned twice. Much has been said with regard to the Arab-Israeli conflict and the plight of the Palestinian. There was a round of applause when Palestine’s receipt of UNESCO status was mentioned.

Outgoing High Representative of the Alliance of Civilisations, Jorge Sampaio

He emphasized that we should not be talking but doing. He raised the issue of successes and achievements of the Alliance of Civilizations but did not mention a single one. He suggested that we need common ground and minimum standards of behivaiour, though he never mentioned what this might mean in practice. He spoke about his desire for a world conference hosted by the Alliance of Civilizations with goal being to address the need to go back to zero with a bold vision and measurable goals.

He referred to the prevalence of intolerance and xenophobia. He emphasised the importance of the role of the Alliance of Civilizations to enhance international cooperation to advance a vision and ensure responsible leadership and good decision making.

ICLA Comment: It is clear that the Alliance of Civilizations is nothing more than a tool for totalitarian tyrants to impose their will on the rest of the world. Dictatorships just want to impose their tyrannical rules on the rest of the world. When the free world says that it will not tolerate despotic rule, these dictatorships say that it is an insult to their culture.