Barack Obama may not be merely Marxist and totalitarian minded. He may be treasonous as well.

While Obama and his syndicate continue to gut the USA economically, openly steal from and continue to subjugate we US citizens, send millions and even billions of taxpayer dollars to the real terrorists (the Muslim Brotherhood and its myriad evil spawns) and remove US citizens’ freedoms while giving more freedoms to jihadists and illegal aliens, Obama continues to work diligently to terrorize America and its people with one manufactured crisis after another.

Remember, chaos is still the tyrant’s best friend and keeps people watching the illusory ‘bright shiny thing’ while the real-and-far-worse thing is being implemented by Obama and his criminal buddies. Realistically, in order to buy into all of the continuing-to-be-manufactured false and/or manipulated crises one’s disbelief must be suspended far beyond this realm of existence. In other words, you have to be a complete lunatic to actually buy into the refuse Obama is spreading in front of you.

Obama, his entrenched cabal and his collaborators are veritably drunk with their fortified wine of power.

Briefly…very briefly as there is way too much to cover in one column…here are some of the major lowlights Obama has brought to our shores since he usurped the Office of POTUS Obama:

2. Appointed childhood friend Timothy Geithner to the position of Secretary of the Treasury and immediately began looting said treasury (our treasury); including sending billions to overseas banks, countries unfriendly to the USA and ObamaBuddies wherever they were

3. Instructed DHS to issue documents calling Christians, soldiers returning from war and conservative Constitutionalists terrorists and deleted any references to the real Islamic terrorists from US government documents. Note: Obama has continued this practice and recently had his wholly-owned SPLC issue a “report” stating that US Patriot Groups are the domestic terrorists. There is, again, no mention of Islam as being terrorists…although its members continue to enact the greatest number of terrorist incidents in the world

4. Began destroying the US economy and job market via massive new regulations (there are now 8.5 million fewer jobs than when Obama took the Office of POTUS) and began discontinuing real energy in the USA

5. With the Democrat-controlled Senate and behind closed doors, forced through ObamaCare against the will of the majority of US citizens and no real discussions with Republican Senators

6. With help from double-agent Sen. John McCain, Obama zeroed in on ending due process (i4th Amendment to the US Constitution) via his changes to the NDAA Bill as well as instituting a new anti-free speech bill and with turncoat John Boehner’s willing assistance. HR 347 passed, which disallows anyone protesting Obama within his earshot or eyesight. This is what all dictators./tyrants affect

7. Instituted a new push to end the 2nd Amendment by unconstitutionally taxing and regulating gun manufacturers out of business, while having the government buy up as much ammunition and magazines–billions of rounds now–in order to keep them away from the people of this country. BTW, you are aware the ObamaGov is using your/our taxpayer money to affect this against you…right?

8. And, please let’s not forget the assassinations of the US Ambassador to Libya Chris Stevens, his aide and 2 Navy Seals that tried to save them. To date, the Obama syndicate has been in cover-up/lying mode since Obama allowed the Benghazi assassinations of US citizens to proceed…and these were his appointees. Do leftists really think he won’t allow or directly kill them (drones…remember?) if they ever get out of line and irritate him?

9. Recently, Obama’s government schools have taken aim at school children (as young as 5 years of age) by suspending or expelling them if they even use a sentence that has the word “gun” in it or point their tiny fingers in the shape of an imaginary gun. And, also recently, Eric Holder’s DOJ argued in court that children do not have the “right” to a Mother! I think we know where this will be going, as Holder has hinted at government ownership of children…not parents. Note: There are so many of these since the beginning of 2013 that it has become difficult to keep up with the incidents. But, I have included as many as space would allow below this column

Question: What sorts of mentally defective/low IQ individuals are in charge of “teaching” our young children? To me, this is a severely blatant attempt to ‘socially engineer’ them into the fear of even the slightest mention of guns and is designed to send them running and screaming away from anyone who says the “g” word. For those of you who voted for Obama not once but, twice, is this really what you anticipated from your dictator-in-chief?

With Obama and his syndicate running the USA off the cliff of survivability, we are living in the most dangerous times in US history. Republicans (RINOs) whose masks have finally fallen to the ground are enthusiastically supporting thie master in the destruction of America. Note: I suspect these have been promised a ’rich reward’ of governorships of districts, as Obama begins the process of dissolving US States in preparation for the planned Islamic caliphate. However, unless they are male and unless they convert to Islam…well, I think we all know what follows that.

We are now out of time, folks. I truly hope and pray we are as prepared as is possible for what is to come. Pray to God and repent. It is–and has always been–our only true hope.

In 2011 Obama Regime Issued $216 Billion in New Regulations:
at psychroaches.blogspot.com

Unlawful Obama Regime: Releases Required Regulatory Agenda for 2012 at End of 2012:
at www.conservativerefocus.com

8.5 million fewer jobs than when Obama took office:
at objectiveconservative.blogspot.com

DOJ: Children Do Not Need—and Have No Right to–Mothers:
at cnsnews.com

from “Eric Holder Admitted Push to ‘Brainwash’ Americans about Guns” 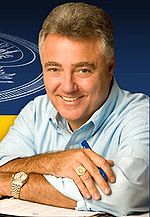 We have an opportunity to strengthen our ranks in Washington with a bold rock solid Conservative.

With only 7 days until the primary, we need all hands on deck supporting Larry Grooms in his run for South Carolina’s 1st Congressional district seat in the US House of Reps. https://secure.donationsafe.com/groomsradio/LM