On March 13th, 2013, it became known that only an energetic, last-minute intervention of police averted a brutal attempt by radical Muslims in Leverkusen, Germany, to assassinate Markus Beisicht, chairman of a right wing regional party. Also if, for whatever reasons, you may be strongly critical of the political position of Markus Beisicht and his party, one must not turn a blind eye to the facts here, that the imported Islamic extremism and terrorism constitute a growing and ever more dangerous threat potential.

Five weeks earlier, the newspaper editor Lars Hedegaard, who is also chairman of the Danish Free Press Society, narrowly survived an assassination attempt in Copenhagen, by a still unknown gunman. Significantly less lucky were the Dutchmen Pim Fortuyn and Theo van Gogh, murdered in 2002 and 2004 respectively. Numerous other Islam-critics need round-the-clock protection from police and security agencies. Pim Fortuyn explained, while he was alive, that in case something was to happen to him, politicians and the media would be responsible for it, “because they have created the public sentiment to facilitate that.”

Since the terrible Islamic terrorist attacks in the US on September 11th 2001, where almost 3000 innocent people died, all of those who have spoken critically against the ideology of Islam have been demonized by our media and our politicians in ways that encourage radical Muslims to perform such acts. We protest this procreation of an aggressive enemy stereotype of Islam-critics, which increasingly poses a threat to domestic peace.

We therefore invite all stakeholders in civil society to join this appeal, to call upon our politicians, academics and the media:

NB. Updates to this list of signatories may be visible on Bürgerbewegung Pax Europa before they are seen here. 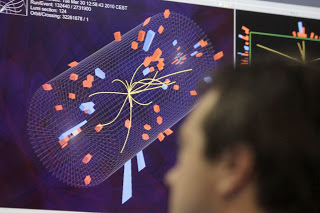 The question bears asking, can the media or scientists be trusted to report on God? There’s been a scientific breakthrough story dancing on the front page. Yahoo had a teaser to get viewers interested, “‘God particle’ is a go,” followed by, “Scientists chasing the elusive ‘God particle’ announce a “magnificent” breakthrough.”

If you follow the story, it goes on to explain how scientists attempting to unlock the mysteries of the universe by understanding the smallest particles which make up our universe have found what they call boson particles. Apparently there is a super boson particle (my own summary) which they are calling the Higgs boson, theorized as being the answer to how the Big Bang was set in motion, the missing link to creation itself.

“The Higgs is sometimes referred to as the “God particle,” to the chagrin of many scientists, who prefer its official name.”

It stands to reason if scientists can explain ‘everything’ then there would be no need for the ‘hocus pocus’ involved with religion, faith and clearly no need for God. The perfect set up for a statist world, wouldn’t you say?

“From what is known about the particle now, physicists have said the Higgs boson may spell the universe’s doom in the very far future. That’s because the mass of the Higgs boson is a critical part of a calculation that portends the future of space and time. Its mass of 126 times the mass of the proton is just about what would be needed to create a fundamentally unstable universe that would lead to a cataclysm billions of years from now.”

Some scientists have devoted a lifetime attempting to prove that everything simply ‘happened’ rather than leaning on a crutch, as do the simple minded, that a super being ‘created’ everything out of ‘nothing.’ Have I overstated the division in thought processes?

Think of the ramifications in the political arena, more particularly how such a scientific discovery would play into the hands of progressives intent on ‘transforming America.’ Is it any wonder the media outlets are having a field day with this story since a goodly percentage of the media leans far to the left?

It follows that governments can overturn rights as easily as they hand them out; God being a figment of mass imagination. The Declaration of Independence, Constitution and Bill of Rights could be discounted and in a heartbeat change the course of history.

Look at it from a progressive’s point of view. The entire premise of God given inalienable rights to life, liberty and the pursuit of happiness stems from… forgive my use of words here, stems from mankind’s inherent weakness and belief that we must have been created by a supreme being, God.

Our right to free speech, to own and bear arms or rights to do anything all hinge on and are recorded in such a way as to affirm the concept of a Creator. Things that were accepted as common knowledge now are finding their way into the courts as part of protest movement items; ‘In God We Trust’ and Ten Commandment are fixed to and dependent on Judeo-Christian foundations as found in the Scriptures.

Upon reading the story about the so called ‘God particle,’ my mind recalled a passage of scripture, one which falls into a category I call ‘Gospel in a Nutshell.’ This is an admonition from a father to his sons regarding how things ‘are’; found in the Book of Mormon, 2 Nep 2:13. The entire chapter is a gem worth going over; but this one paragraph stands out as it relates to the topic of a Creator.

Some folks will say there is no God and consider themselves intellectually superior to anyone who suggests otherwise.

There’s an interesting exchange between Ammon, a servant of the Lord, and a fellow named Korihor as found in the Book of Mormon, Alma 30. Korihor was a sharp witted antagonist who defiantly stood before the people telling them that religious faith was a waste of time put in place to keep them in bondage so priests could hold sway over them. Ammon took exception to Korihor’s challenges and turned the tables on him.

“…Thou hast had signs enough; will ye tempt your God? Will ye say, Show unto me a sign, when ye have the testimony of all these thy brethren, and also all the holy prophets? The scriptures are laid before thee, yea, and all things denote there is a God; yea, even the earth, and all things that are upon the face of it, yea, and its motion, yea, and also all the planets which move in their regular form do witness that there is a Supreme Creator.”

Unfortunately for Korihor his acknowledgement of eternal truths came too late as he was struck dumb for his rebellion to God; but because the exchange was recorded for us in our day, his example serves as a warning to have a little more respect for our Creator and Savior.

I read an article several years ago, Did God Write the Laws of Physics, by John Pratt, a noted scientist who shares similar religious beliefs to those I hold sacred. He wrote:

“Did God write the laws of physics or are they self-existent and God just follows them perfectly? The scripture I am thinking of to answer this question does not explicitly include all physical law, but it does refer to some of the most fundamental laws of physics. The Lord has stated:

“God . . . hath given a law unto all things, by which they move in their times and their seasons; And their courses are fixed, even the courses of the heavens and the earth, which comprehend the earth and all the planets.” (D&C 88:41-43)

Thus, we are explicitly told that God gave the law to the planets that controls their orbital motions. In modern astronomy, those laws include Kepler’s Laws, which can be derived from Newton’s laws of motion and his law of gravity. So I take that scripture to mean, “Yes, God wrote the laws of physics.” The Lord also explains how the law is executed:

And the light which shineth, which giveth you light, is through him who enlighteneth your eyes, which is the same light that quickeneth your understandings; Which light proceedeth forth from the presence of God to fill the immensity of space–

Will scientists looking for the elusive Higgs boson particle prove their theories regarding the Big Bang and all of Creation? I seriously doubt it; but what is more curious, will these same scientists acknowledge God’s hand in their very existence, the ability to take in the breath of air which sustains them from day to day?

It boils down to the age old question, do you believe in God or not? Can science and religion work hand in hand to discover eternal truths or are they at odds working along different tangents that can never be reconciled. My guess, my belief, call it what you wish; scientists will only find truths which were intended to be found in the eternal plan designed and put into play by God. 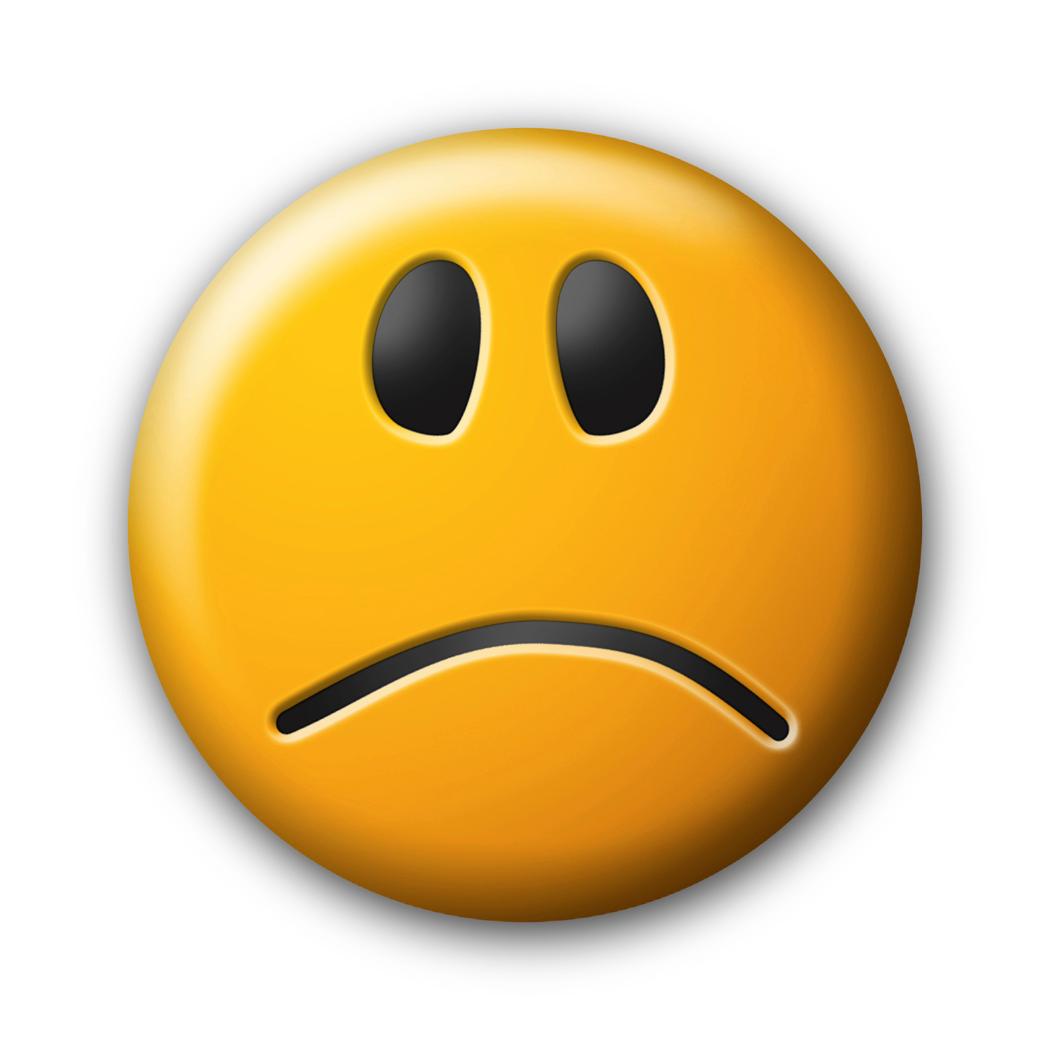 Hubby just lost his job. Sigh… Working in the software engineering field is like working in quicksand these days.

I will keep posting and working no matter what guys. Just a head’s up that things may be erratic for a bit. Keep us in your thoughts and prayers.