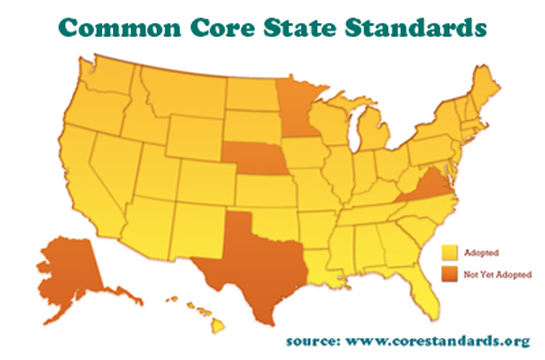 Governor Perry recently refused to adopt the Common Core curricula but the one he did adopt, CSCOPE is the same thing. It’s an outline of a curricula which simulates Common Core. The creators did an end-run around Perry.

In February, the state of Texas along with the Texas Education Service Center Curriculum, stated that they would enact major changes to the curriculum management system called CSCOPE. Teachers and parents alike were opposed to the fact that it was devised in secret, had little oversight by the BOE and imposed difficult working conditions on teachers.

CSCOPE, which covers K-12, is the talking points around which teachers devise lessons. The curricula is decidedly secular Progressive propaganda and is aimed at brainwashing. There is this sample sentence from the US History curricula on the West and the Gilded Age: “Political corruption plays an important role because it sets the tone for the progressive movement, which will be studied in a later unit.” It was the Progressives who were opposed to political corruption in their rewriting of history.

The Texas CSCOPE Review, a watchdog group, found one lesson plan on terrorism from their World History Unit 12 Lesson 7 which links the Boston Tea Party to “an act of terrorism.” I’m sure that has nothing to do with the Tea Party, I write sardonically.

They aasked students to design a flag for a new socialist nation and had others dress in burqas for a lesson.

Because CSCOPE is instructional material and not curriculum, it is not subject to regulation by the BOE. It replaces equality and justice with fairness according to the social justice advocates. It teaches about American imperialism which does not exist.

Hear from a Texas parent:

Check it out by clicking the link.

The secular Progressives are wise to go after predominantly Conservative states like Texas and Alaska. Once they have the youth of Texas, they have the nation. 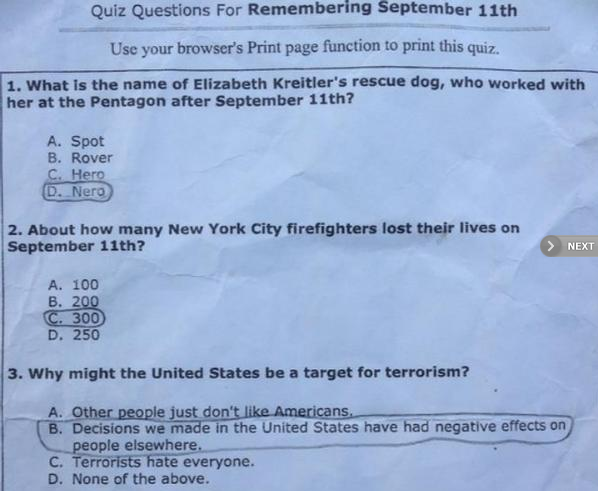 Common Core is a nationalized curriculum with accompanying assessments that has been pushed through by left-leaning corporatists. It has been adopted by 46 governors, who in most cases, signed on to the curriculum before they read it.

Governor Perry of Texas saw the problems inherent in a nationalized curriculum and refused to adopt it. He did adopt CSCOPE and others like it, which, unfortunately, have turned out to be the same thing.

One Texas mom, Kara Sands, is taking on her school district over SCOPE and Safari Montage. What she found out should alert parents as to what is now going on in our educational system throughout the country.

If you haven’t read about CSCOPE, check it out here. Safari Montage is worth googling as well. They all receive government funding. There is a lot of money being thrown at this.

Their work is based on the Common Core curricula. 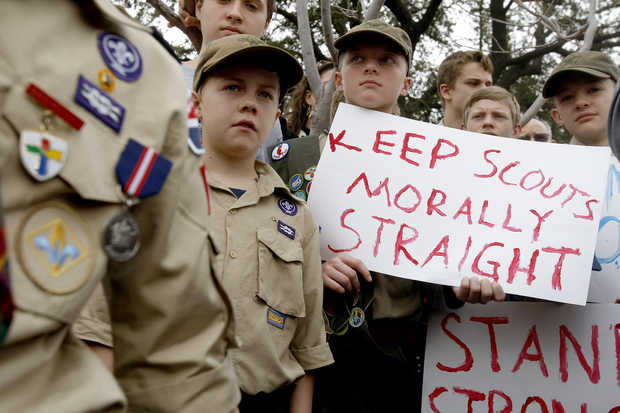 Think of us as crew members on the star-ship Enterprise of the Star Trek TV show, boldly going where no one has gone before. Folks, this is what it feels like challenging the Homosexuality is Normal Movement. It is extremely dangerous.

Homosexual activists attempt to humiliate and politically destroy anyone who dares even criticize their agenda. Meanwhile, the MSM (mainstream media) casts us who believe marriage should remain between one man and one woman as the aggressors, hate-filled villains.

Have the Homosexuality is Normal Movement stolen our kids? Despicably, while we were not looking, homosexual activists sneaked their agenda in the back doors of our elementary schools indoctrinating our kids early. http://www.youtube.com/watch?v=SZIwZ2cljq4 Unquestionably, lack of access to your child for indoctrination contributes to the Left’s hatred for home schools and their relentless attempts to close them down.

Here is another example of homosexual activists in-your-face aggressive indoctrination of our kids. A Massachusetts charter school, grades 7-12, will host a production of the play, “The Most Fabulous Story Ever Told”, a retelling of the biblical story of Genesis with gay characters. Keep in mind folks, America schools have a cow when a kid brings a Bible or wears a t-shirt with religious, patriotic or U.S. Military images. And yet, this school gleefully hosts a play which blasphemes Christianity while promoting homosexuality. http://www.wsbtv.com/ap/ap/education/some-object-to-mass-schools-gay-biblical-play/nWj6B/

Our forty year old son and twenty year old granddaughter support homosexual marriage. Their attitude is what’s the big deal, it is only fair that gays be allowed to marry. America’s youths are parroting the liberal’s argument that opposition to same sex marriage is discriminatory and bigoted. According to a Washington Post-ABC News poll, support for gay marriage is at 65 percent among those 18 to 29 years old. The gay marriage approval rating is probably even higher among high school kids. http://www.reallifecatholic.com/blog/young-people-and-gay-marriage

A twenty-something year old Christian youth pastor picked me up from the airport in California. Justifying his support of same sex marriage, he said, “God does not care who we love.” Wow, I could hardly believe my ears. This young man who claimed to be a minister of God chose to ignore the Bible and spout the liberal pop-culture spin.

From cooking shows to home improvement and everything in between, it has become difficult to watch TV without the Homosexuality is Normal agenda being forced down your throat. If you do not believe these people are outrageously aggressive, listen to this. The Green Street United Methodist Church will not perform heterosexual marriages until gays can marry. http://www.opposingviews.com/i/religion/religion-society/green-street-united-methodist-church-wont-perform-weddings-until-gays

Folks, I have dear friends and beloved relatives who are homosexual. I am loving and kind to their mates. My 85 year old dad has been a Christian pastor over 50 years. Dad said he loves the homosexuals in his life, but they know were he stands on this topic which is the biblical view.

Dad’s tolerance is not enough to please the aggressive Homosexuality is Normal Movement bullying America today. They seek to politically bend Dad’s arm behind his back forcing him to declare homosexuality normal against his faith.

My point is homosexual activists are extremely aggressive while portraying themselves as innocent victims of an intolerant society. In reality, we who believe in traditional values are the ones being bullied. The MSM gang vilifies anyone who dares to stand up for traditional marriage. Come hell or high water, they are going to make us embrace homosexuality as being normal by severely punishing those who refuse to comply.

And will someone please tell me why homosexual activists are so hellbent on forcing Christian institutions to betray their faith by embracing the homosexual agenda? Homosexual activists have sued the Boy Scouts of America and launched a war on the Catholic Church. http://en.wikipedia.org/wiki/Boy_Scouts_of_America_membership_controversies

No one is opposing homosexuals doing their own thing. Rather than aggressively trying to infiltrate the Boys Scouts and the Catholic Church, why not form their own Fabulous Scouts of America and the Church Of If It Feels Good Do It and leave Christian institutions another?

Christian institutions are simply saying you can not come into our house and force us to change the rules – especially when those rules come from God. And what is the MSM’s response to Christian institutions defending their religious freedom? The MSM campaigns to brand the Boy Scouts of America and the Catholic Church intolerant haters. We are living in crazy insidious evil times folks.

The Homosexuality is Normal Movement takes no prisoners, not even new Pope Francis. They have already begun finding fault with him because Pope Francis is against gay marriage and gay adoption. http://www.huffingtonpost.com/2013/03/13/pope-francis-gay-marriage-anti_n_2869221.html

Question. Will homosexual activists get away with branding the Pope a hater?

The Homosexuality is Normal Movement is not passive well meaning victims simply seeking tolerance and their place in the sun. They are relentless, viscous and hell bent on forcing all of us, particularly Christians, to say their behavior is normal. God help us!