This story came from The Liberty Crier, reposted from KFSM-TV CHANNEL 5 News in Fort Smith, Arkansas.

A former Bella Vista police officer who served jail time after shooting a suspect to death was sworn in as a police chief Monday night.

When Coleman Brackney took over as Sulphur Springs’ chief, it was the first time Coleman put on a police uniform since he was fired from the Bella Vista Police Department in 2010. Coleman was convicted that year of negligent homicide and served about one month in jail.

A district court ruled that Brackney was to blame for the shooting death of James Ahern following a high-speed pursuit in January 2010. His negligent homicide conviction was a misdemeanor, so Brackney was spared prison time.

“I told the guys the day I left I would be back, and I told them it may take me a while because it was going to be a long fight,” Brackney told 5NEWS on Tuesday. “But I’m back.”

Ahern’s family was awarded $20,000 after suing Brackney. His charge of negligent homicide was expunged, and a state board ruled Brackney could again serve as a police officer in Arkansas.

Brackney said his passion is law enforcement, so he always knew he would be back in uniform some day.

“Everybody can judge everybody else. Until you have actually rode with a police officer or have a family member or friend that is a police officer, you don’t really know what that job entails,” Brackney said.

“To Protect and to Serve” use to be the motto of every police department. Something has changed in the past few decades. Something very evil and very bad. Now we see many police officers carrying out their duties in an extremely hostile and violent manner, almost as if the authority to carry a gun and a badge was too much for them. To be honest, the majority of police officers are decent people who deserve every praise for their hard work but like the saying goes, “a few rotten apples can spoil the whole barrel.” And then there is “the thin blue line” mentality where virtually no cop will say anything bad about another cop. The problem isn’t so much the few officers who are bad but the police brass who justify and excuse their actions because “they were following procedure” and even in the extreme cases where a cop gets fired for bad behavior, it is the Arbitration Board’s who allow them back on the force. Headlines across the nation tell about the extreme examples of police brutality. Pregnant women being dragged out of their cars and Tased. Six cops in Cincinnati surround a mental patient who was holding a brick and they all shot him to death “in self-defense”. Five cops working an undercover drug operation on Long Island shoot 54 bullets into a limo at a wedding rehearsal and kill an unarmed man they only suspected of criminal activity. A retired cop riding a bicycle shoots and kills a small dog with his .357 magnum that ran up and barked at him. Cops putting children in handcuffs.

Then we read about the no-knock home invasions where entire families are threatened with SWAT teams pointing guns in their faces. terrorizing the children, handcuffing them and shooting their dogs – (Prince George’s County, Maryland) all because of a mis-delivered box of marijuana the family had nothing to do with. And the county prosecutor who initially dismissed the complaints against the cops because “they followed procedure.” And that was at the Mayor’s home.

Berwyn Heights Mayor Cheye Calvo’s lawsuit against Prince Georges County, Maryland over a 2008 SWAT raid in which his two dogs were shot dead and he was held at gunpoint is over. Calvo told the Washington Post Monday that a settlement had been reached, but declined to comment on the settlement amount or other details, which are still being worked out.

Calvo’s home was raided in July 2008 by Prince Georges Sheriff’s SWAT officers who were assisting county police narcotics investigators. Police had been tipped that a package being shipped to Calvo’s address contained marijuana. They intercepted the package, delivered it to Calvo’s porch, then broke down the door after Calvo, returning from walking his dogs, picked up the package and took it inside.

SWAT officers shot and killed Calvo’s two dogs and kept the mayor handcuffed and kneeling on the ground. But it turned out that Calvo had nothing to do with the marijuana, which was being shipped to the addresses of unwitting people to be picked up off their porches by pot dealers before they got home.

We are living in an age where people fear the government and fear the police all because of the increased power in warrant-less police raids, Para-Military SWAT Teams, the power granted to government to arrest and detain without trial or legal counsel requested by Barack Hussein Obama in the National Defense Authorization Act, the Patriot Act and our slowly disappearing Bill of Rights. It takes a certain kind of brutality to work in a concentration camp, a place which our own government now classifies as Internment Centers. See the job description from the U.S. Army recruitment bulletin below, and, yes, these are located on U.S. soil:

The permissiveness we see in some of our law enforcement could be viewed as testing stage and those who pass it will become the Gestapo of our future. Now we see Democrats staking their political futures on disarming America with gun control, gun registration leading to confiscation. When people fear the government, we have tyranny. When government fears the people, we have liberty.

Postscript: There is a saying that goes: Any woman who chooses to act like a lady deserves to be treated like a lady. Perhaps we need to apply this to our local officers of the law. Any police officer who chooses to act like the person he was when he took the oath to uphold the law, protect and serve the public and defend the Constitution deserves to be treated with dignity and respect. 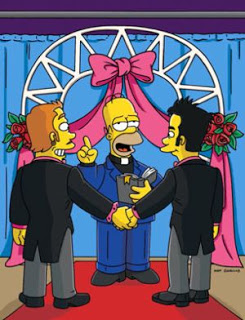 This week, Ask Marion, Liberty’s Spirit and The Pirate’s Cove took advantage of my generous offer of link whorage and earned honorable mention status with some fine pieces.

Simply head over to Joshuapundit and post the title and a link to the piece you want considered along with an e-mail address (which won’t be published) in the comments section no later than Monday 6 PM PST in order to be considered for our honorable mention category. Then return the favor by creating a post on your site linking to the Watcher’s Council contest for the week. My friend Larry Grathwohl’s story is now more important than ever. He exposes the network of American radicals, international terrorists, clergymen, journalists and college professors who helped the Weathermen elude capture and continue to help in the cover-up of their crimes.

On one occasion, his quick action averted the bombing of a Detroit police station – just one story you will find in this book that the former leaders of the Weather Underground would like to keep buried.

All of them went on to intersect in some way the life of American president Barack Obama.

If you want to understand where Obama wants to take America, you need to read Larry Grathwohl’s book.

To pre-order copies in paperback or Kindle, e-mail Bringing Down America! today.