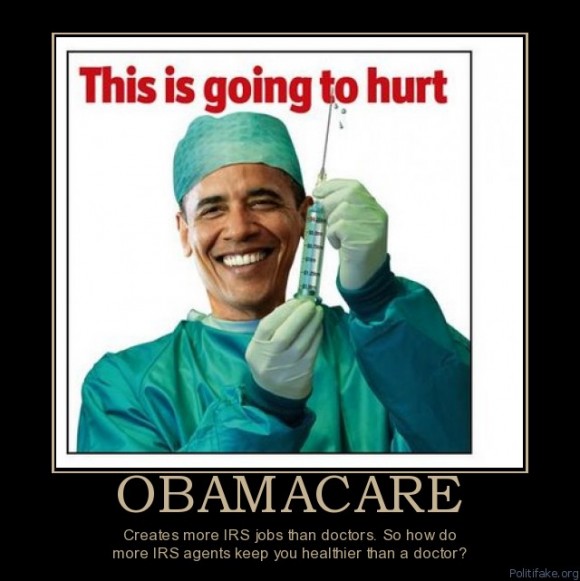 The apparent costs of Obamacare are going up. And up, and up. How much additional cost will the average private payer see in the coming year? The Society of Actuaries, according to The Wall Street Journal, has issued a new report “warning that the cost of medical claims in the new individual-insurance market could rise by an average of 32% per person over the first few years the law is in place” with changes “very different depending on the state” (emphasis added). The Associated Press describes the study as a “political headache” for the Obama Administration rather than a headache for the average American.

With numbers like these it’s not surprising that Health and Human Services Secretary Kathleen Sebelius has finally owned up to the fact that the so-called Affordable Care Act may be producing something less affordable for U.S. citizens. However, she sells it as citizens purchasing a higher value product overall, which, for the poor, is subsidized by the government. In reality, government subsidies for health care mean that someone—usually from the richer side of the equation—ends up paying to cover for the poorer masses. “These folks will be moving into a really fully insured product for the first time, and so there may be a higher cost associated with getting into that market,” said Secretary Sebelius to reporters on Tuesday (emphasis added). “But we feel pretty strongly that with subsidies available to a lot of that population that they are really going to see much better benefit for the money that they’re spending.”

“Ms. Sebelius added that those customers currently pay more for their health care if their plans have high out-of-pocket costs, high deductibles or exclude particular types of coverage, such as mental health treatment,” reports Louise Radnofsky in the Wall Street Journal piece.

What Secretary Sebelius means by a “really fully insured product” is a low up-front cost plan where the true price of health care treatments are hidden from the consumer. Eliminating high deductibles in favor of a more indirect system exacerbates the economic effects that third-party payment has already had on health care, causing ballooning costs as customers purchase medical treatment irrespective of its true price.

“The people the law intended to help are actually being hurt,” Chris Self, owner of Pathway Health Insurance Experts, recently told Fox News. Yet some media outlets continue to champion the benefits of a law which belies its moniker. “In its third year, the Affordable Care Act will give Americans access to the health insurance they need,” reads the subtitle for one USA Today editorial by two Democrat representatives “In the three years since it passed Congress, the health law has helped dramatically slow the growth in premium increases by requiring insurers to justify large rate hikes and spend at least 80% of premiums on health care,” write Representatives Sander Levin and Jim McDermott for USA Today. But not all the provisions of Obamacare are active yet. Again, Rep. Levin and Rep. McDermott further the notion that subsidies will offset the costs of predicted increases. “What’s more, many will be eligible for new subsidies to help keep the plans affordable,” write Rep. Levin and McDermott. Where does the money for these subsidies come from? From the American taxpayer, of course. Claiming that subsidies offset costs ignores the source of this funding.

This assertion that subsidies can override the effects of increasing health care costs due to Obamacare can, and should be, laid at the Administration’s doorstep. “The Obama administration challenged the design of the study [by the Society of Actuaries], saying it focused only on one piece of the puzzle and ignored cost relief strategies in the law, such as tax credits to help people afford premiums and special payments to insurers who attract an outsize share of the sick,” reports Ricardo Alonso-Zaldivar for the AP. The AP article also claims that “if you have an employer plan, like most workers and their families, odds are you don’t have much to worry about.” But in fact, many companies are topping off the number of full-time employees at 49 because with 50 employees, they are required to cover their insurance or “pay a $2,000 penalty for each uncovered worker beyond 30,” leaving the part-timers to fend for themselves in the mostly unrealized state exchanges.

There was even one speaker at the Center for American Progress—a George Soros-funded, left-wing think tank which has heavily influenced the Obama Administration—who demonstrated that he gets it. “The problem is we don’t understand this is an industry where the entire incentives are wrong,” said Giovanni Colella, CEO and co-founder of Castlight Health, at a recent CAP event (emphasis added):

“They [hospitals] make money because they can command any price they want,” argued Colella. “If you’re a big medical center you can go to the insurance companies now and ask for any price you want and you’re going to make money.”

In fact, “It is estimated that by next year, about 50% of U.S. doctors will be working for a hospital or hospital-owned health system,” remarked Scott Gottlieb in a recent editorial for The Wall Street Journal. “A recent survey by the Medical Group Management Association shows a nearly 75% increase in the number of active doctors employed by hospitals or hospital systems since 2000, reflecting a trend that sharply accelerated around the time that ObamaCare was enacted.”

Plus, there is very little understanding of what the impact will be of the additional 20,000 pages of regulations that have already been issued in the name of Obamacare, much less how companies will struggle to comply.

It’s not surprising then that few states want to participate in the high costs associated with Obamacare. To date, “At the state level, most Republican governors have refused to set up insurance exchanges, and many have refused to expand Medicaid, which is the primary vehicle for insuring those currently uninsured,” reports Ezra Klein for Bloomberg. Actually, the number is 34 states, accounting for “roughly two-thirds of the U.S. population,” according to Michael F. Cannon, writing for The Wall Street Journal. The “[Republicans’] slogan, ‘repeal and replace,’ has given way to ‘resist and annoy,’” asserts Klein.

“Unable to get rid of Obamacare, many have settled on a strategy of making it function as poorly as possible.” With effects like these, can you really blame them?