America is progressively moving into a new era of the slaughter of the innocents. A baby is born. It takes its first breath of life, its heart beats, it hears voices. Feeling every nerve in its newborn body, it experiences the marvel of a profound consciousness outside of the womb. Instead of being swathed in warm blankets and celebrated as new life – it is placed in a waste bin or on a shelf and left to die. It is to suffer death through dehydration and starvation. To expedite death, a more efficient means to end its life is now being proposed: out-right murder. The newborn’s crime, it survived an abortion.

If you can sit back in your easy chair and get comfortable with this, then something is extremely wrong with you. If you can accept abortion-infanticide, look at your hands, there is blood on them. If you can casually look the other way, then you are part of the “good is evil and evil is good” crowd. Too brutal; think again. Too brutal is the practice of an abortionist taking the life of a partially-birthed baby by crushing its skull during a late-term pregnancy. That is – too brutal.

Last week in Florida, legislators were told that babies who are born as viable, living human beings – that survive after a failed abortion attempt – could or should be killed if that is the rendered verdict of the abortion doctor and the [anesthetized] mother. Alisa LaPolt Snow, a lobbyist for Florida’s Alliance of Planned Parenthood Affiliates, reportedly stated the group’s position is that the abortion “doctor and mother should have the right to decide” to take the life of a breathing baby. No matter its condition, healthy or otherwise, newborn babies who manage to survive an abortion can, under the proposal, face the death penalty. The proposed death sentence is not so much about physical viability, but the burden of the baby itself. With the mother’s health or survival not in question and in no way threatened, without judge or jury, abortion advocates suggest that small, unprotected human beings may be destroyed.

More than fifty million babies have been discarded since abortion was legalized in 1973. Abortion led to partial-birth abortion and now leads to the suggested murder of newborns. Did no one foresee that the threshold of the killing of innocents in the womb would eventually be breached? Did no one see it coming? Does no one understand what is next to come?

To think that abortion has nothing to do with you and your family is pure naiveté. To understand why this has happened and what is to come, read the book “Darwin’s Racists – Yesterday, Today and Tomorrow.” In as simple terms as possible, I lay out the Liberal mentality that devalues the life of not only the unborn, but of every citizen. The book details what everyone, irrespective of age, sex, race, or social status, can expect in regard to their right to life. Written as an alert for the uninformed, the book is a warning of what happens when faith and values are withdrawn and replaced by a callous secularism that serves itself at the expense of individual rights and freedoms. By secreting real intent, Secular-Progressives have turned “good is evil and evil is good” into a political movement.

Life and death decisions for your family are already being shifted out of your control. It is becoming clearer by the day that innocent, unnamed babies will not be the only casualties. As Socialist-elites in Washington retain power and seek more, expect increasing control by them of life and death issues that impact you and your family. From public funded abortions, to comfort care — not cures — for our elderly, life is being methodically devalued. Quality medical care is now deprioritized by law as Socialist-elites thirst for ever more power over your lives. The same people who sustain the abortion movement are behind Obamacare and its well-funded 15-member death panel headed up by Obama’s hand-picked over-seer who openly professes his zeal for socialized medicine.

In March 2001, before the Illinois legislature, then State Senator Barack Obama spoke against protecting the rights of both the unborn and the newborn whether murdered inside or outside the womb. Members of the Illinois 92nd General Assembly stated that its key concern was:

That the way children [who survive an abortion] are treated following their birth — after these circumstances — has been reported to be…less than humane…and so this bill suggests that appropriate steps be taken to treat that baby as a – a citizen of the United States and afforded all the rights and protections it deserves under the Constitution of the United States. (Emphasis added)

Obama disagreed. The only state senator to oppose the protection of newborns that survive an abortion, he called the Illinois Born Alive Infant Protection Act “unconstitutional.” Today, Obama openly lobbies for the abortion industry as Obamacare funds abortions with tax-payer dollars.

Key to President Obama’s agenda is his policy of increased abortions and sterilizations. Obama, however, is not the only political elite with a clear Darwinian eugenics’ mind-set. Potential 2016 Presidential candidate Hillary Clinton proudly accepted Planned Parenthood’s Margaret Sanger award in 2009. The award is Planned Parenthood’s highest honor in recognition of its acknowledged founder. Upon accepting the award, Mrs. Clinton stated openly that she is “in awe of Margaret Sanger” – a secular-Progressive who called for the murder of toddlers up to the age of two should they be a burden on their family. (A chapter is written about Clinton’s idolized-abortionist, Sanger – a Darwin worshipper – in the book, Darwin’s Racists.)

Reportedly, Planned Parenthood now wants to expand the term abortion to provide cover for the actual killing of an unwanted infant after its live birth. It is an attempt to persuade others to call abortion by anything but its real name – murder. Using the term “aborted” and not “murdered” allows its perpetrators to deflect from the evil that it really is – the taking of a human life.

The assault on the unborn through abortion led to the barbaric act of partial birth or late-term abortions, which has now led to the proposed butchering of babies in what is being called abortion-infanticides. Testimony in an ongoing trial in Pennsylvania cites that the spines of living babies are cut to kill them if they survive an abortion. At the same time, the Florida legislature hears testimony that a law needs to be passed to allow and sanction the murder of babies that are born-alive at abortion clinics. Darwinism and eugenics thrive among Liberal-Socialists in Washington. Today, the Darwinian-Socialists have a tax-payer funded 15-member panel of unelected judges set to decide life and death medical care for people of all ages. Today, by using tax dollars to fund abortion, Obama puts every tax-payer inside the abortion room as de facto participants in the taking of innocent lives. Can Americans live with that?

***Warning: This petition is at Change.org, which is connected to Obama. This post is to highlight the perilous position of Mr. Samuel. NoisyRoom wanted to ensure full disclosure on the website that is hosting the petition. 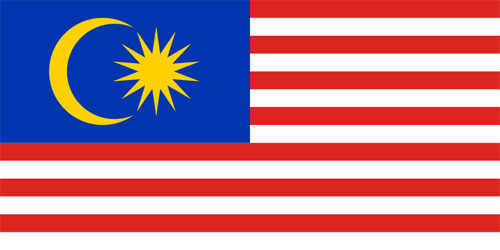 The petition relates to the experiences of Arthur Samuel, a Jewish man from Malaysia who has been persecuted in Malaysia.

The petition can be found HERE where information about the persecution of Mr. Samuel is outlined.

Again, this is yet another example of an Organisation of Islamic Cooperation (OIC) member state that has been found wanting with regard to its human rights record.

If Western governments truly value human rights, then it is imperative that they stop their apparent collusion with the OIC.