February 18, 2013 Act for America Chapter in Fayetteville, TN from Publius Huldah on Vimeo.

Publius Huldah shows the Act for America Chapter in Fayetteville, TN that the First Amendment does NOT give islamists the right to build mosques, proselytize and institute sharia here. 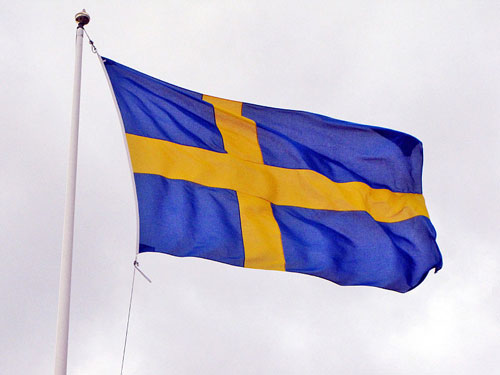 The CBN website that was referred to is Sweden Denies Asylum to Christians Facing Persecution and the following is the associated video footage:

When I attended the Pakistan Minorities Rights Organisation UK Conference in the House of Lords. there were complaints that Christian asylum seekers to the UK were perhaps not being treated as genuine. The problem discussed in the following article is therefore likely to be Europe wide and not just a problem in Sweden.

Sweden’s Shame! – Anti Christian Immigration Policy That May Send Christians To Their Deaths

There is a CBN news clip that is currently doing the rounds on the Internet about persecuted Christians being denied asylum in Sweden. In it Dale Hurd reports on the plight of Christians who have fled from Iran and who would be guilty of sharia crimes such as apostasy or converting Muslims to Christianity. For some of them, return to Iran could mean death.

Many European countries have a policy of not even extraditing criminals to countries where they could face the death penalty. The people in the report are not criminals by Western standards, though by becoming Christians they are regarded as dangerous criminals in their country of origin.

In the United Kingdom controversy has raged over the case of Abu Quatada. The courts say he cannot be extradited to Jordan because he may be convicted on evidence acquired from torture.

So in ‘civilised’ Europe we have people who are accused of serious crimes living at the expense of the taxpayer and families potentially being sent to their deaths just for being Christian. These are the hallmarks of a profoundly uncivilised society!

It seems that in Sweden officials do not understand sharia or, more worryingly, do understand it and are deliberately sending apostates from Islam potentially to their death. Of course countries like Sweden are fond of sugar coating sharia and are in denial about its intolerant aspects. We appear to be witnessing a situation in Sweden where authorities are more concerned about the sensitivities of Islamists than they are about decent values like freedom of religion. They are either Anti-Christian, pro-Islamist, or a mixture of both!

In recent years immigration from the Islamic world into Sweden has been so large that it has arguably changed the character of many Swedish cities beyond recognition. Many argue that this has resulted in increased social problems in those cities and in Sweden generally. At the same time dissidents who question sharia have been demonised as ‘islamophobes’ by Swedish opinion formers. This has meant that the principles of sharia have been allowed to flourish and positive attitudes towards such principles now appear to be influencing Swedish Immigration policy.

By sending these persecuted Christians back to Iran, the Swedish authorities are effectively endorsing the sharia laws that relate to apostasy. Contrary to what apologists say about sharia law, it is not just about day to day religious practice. In this case it is specifically about the sharia provision for capital punishment for those who leave Islam. Sweden is effectively acting as a sharia enforcer on behalf of the Islamic Republic of Iran. This particular aspect of sharia is one that works against basic freedom of religion and cannot be sugar coated by sharia apologists.

It seems that in many Western countries the demand is specifically for Muslim immigration. Western elites have even gone as far as causing war and instability in Libya, Syria, and now Mali to ensure a steady flow of Muslim refugees. In the meantime Christians from the Muslim world are barred from migration and accused of falsifying their faith.

Even in this era of mass immigration it seems that migration for persecuted Christians is harder than ever. It is quite plausible that Swedish authorities specifically want Muslim immigration and do not want their efforts diluted by admitting too many Christians.

It seems to be official policy across the Western world to use migration as a tool to reduce social cohesion. In doing so it is undoubtedly hoped that people will worry more about the activities of their neighbours than the depredations of their government. The British successfully used this technique of divide and rule in their Indian empire. A few British administrators could successfully control millions of Indians in their own country. It seems that the same policy is now been used in Sweden and other Western countries.

Granting asylum to persecuted Christians would offer a further problem to the would-be divide and rulers. Christians who had suffered horrific abuse in Islamic countries would tell their stories. This would mean that tales told by those in high places about ‘religions of peace’ may be brought into question. This could cause Swedish citizens to take a closer look at sharia and its implications. This of course might even encourage them to question the entire process of Islamisation. This would be a great blow to the divide and rule policy and might even mean that Swedish democracy would survive the current generation of rulers.

If persecuted Christians and apostates from Islam cannot find refuge in places like Sweden the entire concept of asylum is brought into question. If asylum seekers are chosen purely on the basis of whether they help facilitate state policy then the humanitarian argument for immigration is brought into disrepute. If asylum is not granted to those who are likely to be killed in their countries of origin then it is time for Sweden to say that it is no longer a refuge for the persecuted whether they are Christian or Muslim. If humanitarian migration is off the cards then what justification is there for any migration in our crowded world?