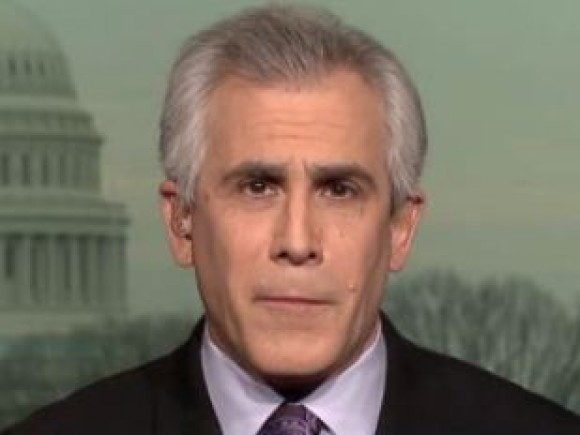 David Corn, the liberal writer and MSNBC analyst who based a story about Republican Senator Mitch McConnell on a secret and possibly illegal tape recording, is scheduled to accept an award named for Soviet agent of influence I.F. Stone.

The identification of Stone as a Soviet agent is not in serious dispute, except among his most loyal and sycophantic followers.

Equally scandalous, Corn is being presented the award by Jeff Cohen, who has started a petition through his radical organization, RootsAction, to give accused traitor Bradley Manning the Nobel Peace Prize. The RootsAction group is considered by some to be far to the left of Obama and the Democratic Party. Its honoring of Bradley Manning is an example of its extremist approach.

As new developments in the McConnell story seem to indicate a political espionage operation against the Senate Republican leader, the prospect of being linked to those behind a campaign on behalf of Bradley Manning—on trial for espionage against the U.S.—could become a public relations nightmare for Corn.

That is, if the media cover the scandal.

Corn, the Washington bureau chief for Mother Jones, not only used a secret recording to attack Sen. McConnell, but based a story about Mitt Romney’s 47 percent comments on another surreptitious recording.

Corn’s sources and methods, now a subject of growing concern, will come under even more scrutiny if he follows through on what is heavily advertised on the Ithaca College website and accepts an award named for a Soviet agent who had secret contacts with Soviet intelligence.

Cohen, a professor at Ithaca College in New York and founder of its Park Center for Independent Media, told AIM, “We are proud to honor Mother Jones and David Corn for shedding light on dark money and dark politics—just as The New York Times was awarded a Pulitzer Prize in public service decades ago for making the ‘Top Secret’ Pentagon Papers available to the public.”

But a liberal super PAC in Kentucky called Progress Kentucky, a recipient of the same kind of “dark money” Cohen complains about, has been linked to the making of the Sen. McConnell tape, and one official of the group has already resigned in view of the mounting controversy over Corn and his “scoop.” The tape included comments of a personal nature about actress Ashley Judd, who has talked about running against Sen. McConnell.

McConnell has asked the FBI to investigate how his office was secretly bugged and the material turned over to Corn and Mother Jones, a magazine named for a socialist.

Cohen’s involvement in honoring Bradley Manning threatens to turn Corn’s judgment and conduct into an even bigger controversy and potential scandal.

As Corn prepares to accept Cohen’s accolades on April 17, Manning’s treason trial at Ft. Meade has witnessed a dramatic ruling that could lead to the introduction of evidence casting serious doubts on the former Army analyst’s claims that his intentions in leaking material to WikiLeaks were simply to expose the conduct of the wars in Afghanistan and Iraq.

In the most sensational development so far, the judge in the case has ruled that evidence can be introduced showing that al-Qaeda terrorist leader Osama bin Laden had secret information in his possession that had been leaked by Manning to the WikiLeaks organization. The evidence may prove that Manning aided the enemy, the most sensational charge leveled against the former Army intelligence analyst, a charge which could land him in prison for the rest of his life.

The Washington Post reported that “Prosecutors, who have alleged that Manning’s actions damaged national security, say digital media found at bin Laden’s compound in Pakistan show that the terrorist leader received access to some of the WikiLeaks material through an associate.”

In addition to the emerging controversy over the I.F. Stone award, Mother Jones is trying to deny that it had any role “in the making of the tape” of Sen. McConnell and his aides, and insists that “it is our understanding that the tape was not the product of any kind of bugging operation.”

But the magazine did not explain how it knew any of this, or what its “understanding” was based on.

It appears the magazine is stonewalling an inquiry into the apparently illegal bugging and it is not at all clear if Corn will cooperate with the FBI probe.

Ithaca College says that, in addition to Corn, accepting the award on behalf of Mother Jones will be publisher Steve Katz and reporter Kate Sheppard, a 2006 graduate of Ithaca College, where she double-majored in journalism and politics.

If Corn and the other Mother Jones journalists go through with accepting the I.F. Stone award, they would not be alone among the liberal media in paying homage to the Communist agent. The “Tributes” page on the website created in Stone’s honor carries testimonials from such news organizations as ABC News, The Washington Post, NBC News, CBS News, and the Los Angeles Times.

The tribute at the top of the I.F. Stone page is from Jeff Cohen.

But “maverick” Stone’s beef with “McCarthyism,” a negative term associated with the anti-communist Senator Joseph McCarthy, was for a very specific reason. Stone was himself a member of the Communist Party who was subsequently identified as a Soviet agent.

Not surprisingly, an organization founded by Cohen, Fairness and Accuracy in Reporting (FAIR), insists the charges against Stone are “trumped-up.”

But we noted that the identification is based on information in the Venona World War II-era Soviet spy cables that a Soviet intelligence officer named Vladimir Pravdin had recruited Stone. Accuracy in Media received Stone’s FBI file, which said that an informant in the Communist Party had actually named him as a member.

In addition, evidence of Stone’s work as a Soviet agent was uncovered by Harvey Klehr, John Earl Haynes and Alexander Valliliev, and reported in the May 2009 issue of Commentary magazine (and also in their book, Spies, published by Yale University Press).

Another important source of information on Stone’s working and active relationship with Soviet intelligence is Max Holland’s “I.F. Stone: Encounters with Soviet Intelligence,” published in the Journal of Cold War Studies 11, no. 3, in the Summer of 2009.

Holland’s treatment of the matter should be of interest to David Corn since Holland is contributing editor of The Nation, a major left-wing publication. Corn was its Washington editor until 2007.

It remains to be seen, in view of the growing controversy, if Corn will follow through on plans to accept the I.F. Stone award. AIM was unable to contact him through the Mothers Jones office.