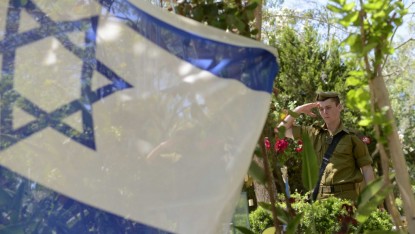 You can see here a small video segment of ceremonies that took place at the Kotel last night:

Yom HaZikaron will end tonight, when the nation will turn in a flash to Yom Ha’Atzmaut — Independence Day, a day of national celebration.

I have commented several times on the startlingly abrupt shift in mood, which, while it is somehow emblematic of the Jewish people with the ups and downs of our national life, also seemed — what? — strange.

This year it has somehow come together for me with startling clarity:

Our nation survives because of these young people — soldiers on active duty and reserve soldiers — who come forward, knowing the risks to their own lives, so that the nation might live. Each mother who sees her child go off to serve understands this painful reality. It is the price to be paid for Israel. And what’s incredible is that most soldiers go willingly and proudly, even knowing.

Our nation’s debt to them is beyond measuring.

This past week in its Magazine section, the JPost ran an article on “Defenders of the land.” One of these is Ran Bar- Yoshafat, who is now in the reserves. 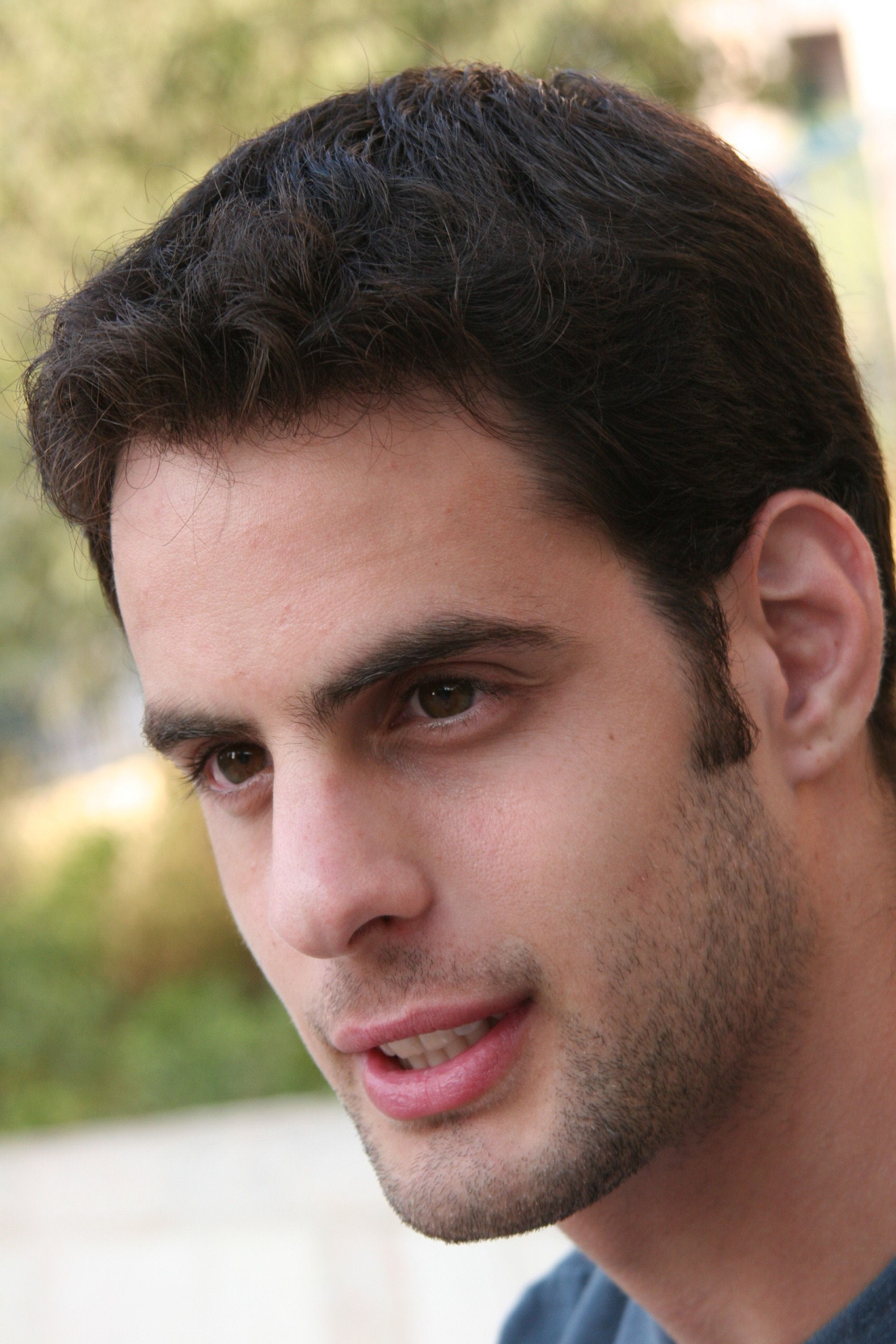 “He carries on him at all times a list of comrades who have died in battle, including when and how they died.

“‘At first I thought, well, I’d just remember them all, but now then there were too many,’ he says. The list is up to 20 now.

“For Bar-Yoshafat, who considers the IDF ‘an absolute necessity’ and something that ‘teaches more than anything else about life,’ Yom HaZikaron is the holiest day of the year.

“‘I serve because I understand I save the lives of my friends, my family, and my countrymen.'” (Emphasis added)

And there it is.

And so our people go by the millions to the military graves of those who have fallen — to honor them, to remember them, and to mourn them. 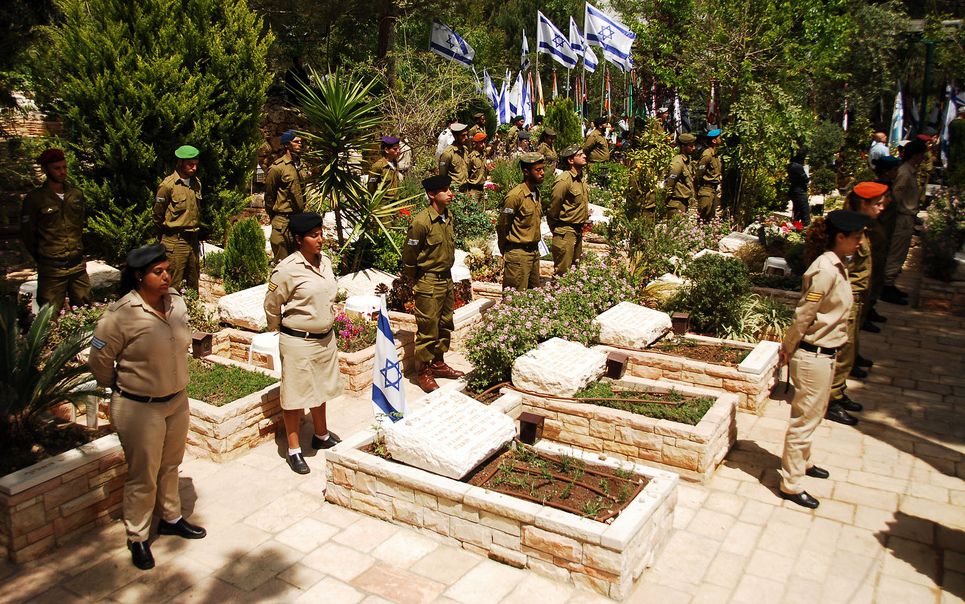 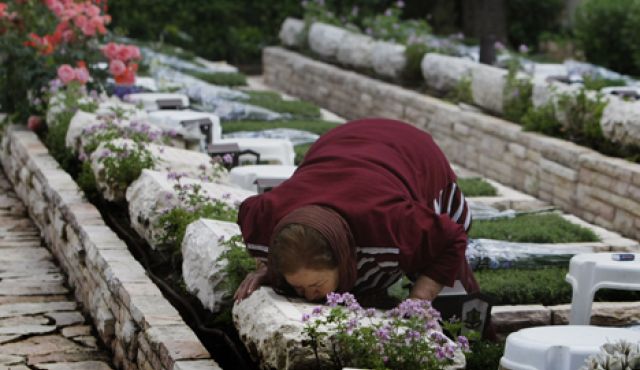 And then the Israeli people turn to celebration of our nation, which, I suspect, is precisely what those who have given their lives for it would want us to do. Surely their souls rejoice with us, because they made it possible.

This is what Amotz Asa-El wrote, with regard to “Comfort my people”: (Emphasis added)

“So palpable and pervasive is grief on this day that visitors who spend it with us take its memory with them for the rest of their lives.

“…Yet while we lament the loss of thousands of promising lives, we have all the right, indeed the duty, to see beyond grief and take stock of what they helped create…

“Back when the state was established, foreigners who cared for it wondered how the minuscule state would survive while under-populated, surrounded by enemies and lacking natural resources. Asking such a question today is an anachronism. Israel’s economy has matured, its currency is solid, its growth rate has been for the better part of a decade among the developed world’s highest, its unemployment and debt-to-GDP rates are among the world’s lowest, and its inventiveness has become the subject of legend.

“In the past decade…Israel has become home to the world’s largest Jewish community for the first time since the Second Temple era, and is now well on its way to becoming home to a majority of the Jewish people — for the first time …since the days of Jeremiah.

“Culturally, the Jewish state is a fountainhead of creation and exploration… None of this would have happened but for the sacrifice of the fallen.

“In 1967, then-chief of Staff Yitzhak Rabin arrived at the Western Wall moments after its liberation. Surrounded by the exhausted troops, he said as the entire nation listened: ‘Our comrades’ sacrifices were not in vain; generations of Jews who were killed, slaughtered and fell sanctifying God’s name are now telling you, Comfort, comfort my people.’ (Isaiah 40:1)”

We count now 23,085 who have fallen in defense of Israel. That’s not just IDF forces, but police and other security forces, including those operating before the formal establishment of modern Israel — counting since 1860. I believe those who have died as victims of terror attacks are added to this number.

First, a deeply moving — a remarkable — statement by Miriam Peretz, a mother who lost two soldier-sons:

A beautiful prayer for IDF soldiers (a few years old, but so what):

A video here of a soldier, Asael Lubotzky, who didn’t die, but came close. His remarkable spirit tells us a great deal about what Israelis are like.

A moving video of Israel’s history, with much old footage, starting with David Ben Gurion’s announcement of the independence of the State, and tracking the need for a strong defense to bring us to where we are today. You don’t need to understand the Hebrew to get it:

And lastly, Aish’s “Wave Your Flag”: