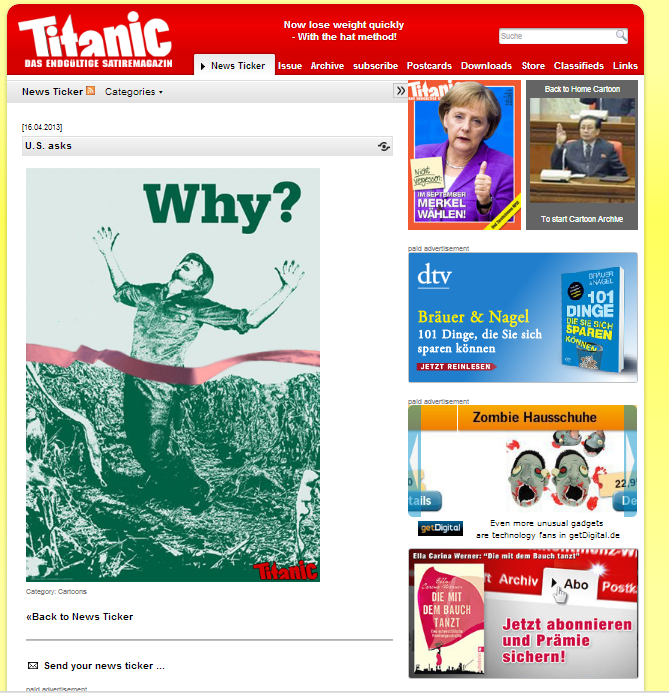 While the world grieves for the victims of the Boston Terror Attack, 8-year old Martin, who dies after hugging his dad, his little sister, who lost a leg, his mother, seriously injured, the dead, the injured, many still struggling for life and their loved ones, leftwing US-haters in germany mock the victims. German paper Titanic publishes the above cartoon, suggesting that imperialist US-policy is the reason for the attack.(Source: Quotenqueen)