Exclusive Photo of Alharbi in Hospital and more evidence of coverup

Exclusive: Saudi National Once Considered ‘Person of Interest’ May Be Deported on ‘Security’ Grounds — And How It’s Supposed to Be Framed 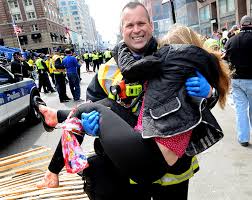 Like you, I am saddened and angry at the evil terrorist who bombed the Boston Marathon. I am also angered by the Democrats’ and their sycophant media hack’s mad dash to blame Republicans. http://www.breitbart.com/Big-Journalism/2013/04/15/Kristof-Republicans-ATF

Shamelessly, the Democrats despicably politicize any and everything. http://www.rawstory.com/rs/2013/04/16/barney-frank-on-tax-cuts-after-bombing-be-grateful-for-a-well-funded-functioning-government/

Democrats have absurdly linked the Boston bombing to the Sequester. http://www.humanevents.com/2013/04/16/democrats-link-boston-bombing-to-sequestration/

The dirty little secret that the Democrats do not want you to know and the mainstream media will not report is that Obama slashed the budget for domestic bombing prevention by 45%. http://www.dailymail.co.uk/news/article-2310110/Obama-administration-SLASHED-budget-domestic-bombing-prevention-45-cent-says-Homeland-Security-Assistant-Secretary.html

The Left openly admits that they hope the Boston Marathon bomber is a white right-wing American. http://www.salon.com/2013/04/16/lets_hope_the_boston_marathon_bomber_is_a_white_american/

Remember, Obama’s former Chief-of-Staff, Rahm Emanuel said, “You never want a serious crisis to go to waste. And what I mean by that is an opportunity to do things you think you could not do before.” http://www.youtube.com/watch?v=1yeA_kHHLow

Americans who oppose Obama’s socialist agenda and trampling of the Constitution have been a thorn in the Democrats and mainstream media’s sides for years. What better way to destroy the Tea Party than to convince low-info Americans that the Tea Party is responsible for children losing life and limbs. While this strategy may sound a bit cynical, it is reasonable to reference Democrats’ past behavior and Obama’s former Chief-of-Staff, Rahm Emanuel’s words, “You never want a serious crisis to go to waste.”

Frustratingly, all speculation as to who is responsible for the bombing has been limited to foreign terrorists and right-wing extremists. Despite the history of domestic terrorism proving otherwise, not one time in the media coverage has it been suggested the bomber/bombers could be left-wing extremists.

But folks, having exposed the Left’s desire to make the Tea Party and Republicans responsible, I wish to focus on the heroes – awesome Americans who stepped up to assist the wounded and save lives.

Mary and I have been on the road away from our home in Florida for several weeks, working to put Conservative Republican Michael Sullivan in the U.S. Senate seat vacated by John Kerry in Massachusetts. We are still in a hotel room living out of suitcases. The stories of heroism and the pain and suffering of innocent children and families have touched us deeply.

I wrote, sang and recorded a song shortly after 9/11 titled, “United We Stand.” My inspiration came from the way our nation came together, though briefly, in unity, patriotism and prayer for our country.

We want to salute the heroes who displayed remarkable bravery and compassion after the bombing. Using my song, Mary got on her computer and put this humble tribute together honoring our heroes. We pray that it blesses your heart. 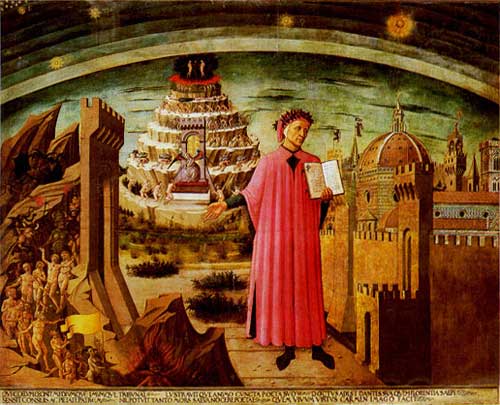 La Divina Commedia di Dante (Fresco in the church of Santa Maria del Fiore in Florence). A book like The Divine Comedy would undoubtedly be banned if it was written following the adoption of OIC desired laws such as those that exist in Turkey.

CNN reports that a famous Turkish pianist, Fazil Say, has been found guilty of insulting Islam due to some comments he made on the social networking site Twitter. This conviction illustrates the ridiculous practice of criminalizing opinion that is now spreading to the West.

We have seen how blasphemy laws are used as instruments of religious oppression in places like Pakistan. We have seen how speech codes and so-called ‘hate speech’ laws have left freedom of speech the shadow of its former self in the West. The Organization of Islamic Cooperation (OIC) wants to make this situation even worse.

The OIC effectively seeks laws like the one in Turkey to be imposed on the West where freedom of expression has long been the basis of prosperity and progress. This will mean that the religious prejudice that currently afflicts many OIC member states will become established in the West. The rise of Islamism in the halls of Turkish Government is already beginning to turn the Secular Republic of Turkey into a puritanical theocratic state.

In the West, these draconian speech codes will probably be implemented, ironically, under the name of freedom of religion. They will not be called blasphemy laws, that would not be the spin that the tyrants would want. UNHRC Resolution 16/18 (inspired by the OIC) will probably be the model; that resolution claims to oppose religious persecution, yet nothing seems to be done about the religious persecution that goes on in OIC member states. Such laws will be Sharia laws in all but name.

Under Sharia law, Islamic sensibilities are protected, but non-Muslims have to suffer second class status. We already see the beginnings of this in the West where Christians are increasingly becoming the persecuted group that they were at the time of the early Roman emperors or indeed in many parts of the Islamic world today. The Turkish ruling is what the OIC wants to see happening in the West. It wants anything evenly remotely negative about Islam to be forbidden so that Islamic da’wah can be conducted without any dissenting opinions getting in the way. The OIC clearly does not want to see a level playing field when it comes to religious proselytization. Western leaders seem keen to march to the OIC tune.

If these laws continue to take root in the West then the prospects for art, literature and indeed comedy will be undermined. Society will become a darker, less happy place, but our leaders expect to take solace in the fact that religious bullies will have the freedom they feel that they deserve to peddle their religious intolerance unhindered. Society will be less prosperous, but from their point of view it will at least be ‘pure.’

When Monty Python’s Life of Brian was produced in 1979, there was a great deal of controversy and indeed hurt feelings – but people got over it. They realized that free speech is the basis of all freedoms including religious freedom. If we had the Turkish anti-free speech laws at the time, those associated with the Life of Brian could have expected to potentially receive prison sentences. However, perhaps they would have gotten away with it, they were after all satirizing Christianity and not Islam.

Above: Scene from Monty Python’s Life of Brian about Blasphemy

Dante Alighieri, author of that classic of Italian literature, the Divine Comedy, would probably not have been subject to such leniency. His depiction of the Islamic Prophet Mohammed in Hell, Inferno, would certainly have resulted in more than a murmur on the part of such a legal system. How long will it be before the Divine Comedy becomes forbidden literature due to the rush to embrace Sharia? Given the likely reaction to a poem like Dante’s Inferno in modern Turkey, it is perhaps appropriate that an archaeologist now claims to have discovered the gates of hell in that very country.

Some people would argue that the inspiration for the Turkish and other similar legal systems was the way that dissident poet’s were treated following the rise to power of the Islamic Prophet himself. More on this can be found in an article by James M. Arlandson, entitled: Muhammad’s Dead Poets Society: The assassinations of satirical poets in early Islam.

Blasphemy laws and draconian speech codes are clearly instruments of religious discrimination. They may claim to be enacted in the spirit of religious freedom, but in the end they are tools of tyrants and instruments of persecution. The old blasphemy laws of Europe did not enhance freedom, so why do leaders think that the Turkish model will do so today? Perhaps they think that so long as they don’t call them blasphemy laws or Sharia laws, all will be well. That’s it, giving them a nice name will transform them into the heralds of a new age of freedom!

Oppose the OIC’s assault on Freedom of Expression!