Transcript from the Rush Limbaugh Show:

Bill Ayers celebrated, memorialized efforts to kill cops and actually planted a bomb at a statue dedicated to police casualties. “[T]he blast broke almost 100 windows and blew pieces of the statue onto the nearby Kennedy Expressway.” “Ayers participated in the bombings of New York City Police Department headquarters in 1970, the United States Capitol building in 1971, and the Pentagon in 1972…” “Some media reports and political critics have suggested that Ayers, Dohrn or the Weathermen were connected to the fatal 1970 San Francisco Police Department Park Station bombing …”

…Today, Bill Ayers — who did the same thing as happened yesterday in Boston — is a celebrated figure on college campi, a celebrated figure in “the American academy.” For those of you in Rio Linda, that means the universities, where there is supposedly intellectual inquiry going on. There’s no intellectual inquiry going on. There is propagandizing going on, and worse. So there you have it.

So this former terrorist, and now expert at education and corrupting America’s youth, shows up on a college campus to decry America, to rip America, to say America’s bad. We’re in decline and that’s good. We deserve to be in decline. But our military is getting too big. It’s a new world. We need to find out how we’re gonna be citizens of it, because we’re no longer really gonna be satisfied to be Americans, ’cause America’s in decline.

Look, I don’t want to make too big a deal out of this. Bill Ayers didn’t blow up the Boston Marathon, but somebody like him did. Somebody like him did, and that could mean that whoever did this could someday be celebrated in this country if things don’t change. Whoever did it could end up being on the faculty at Columbia University. Just last week Bill Ayers finally confirmed what Obama has always denied. Obama has denied knowing Ayers other than as some casual acquaintance from the neighborhood.

Bill Ayers confirmed what Obama has denied, that Ayers held a fundraiser in his living room for Obama. It was in an interview last week with The Daily Beast. Ayers recalled the fundraiser: “We were friendly, that was true; we served on a couple of boards together, that was true; he held a fundraiser in our living room, that was true.” It was all true, everything that was said about Obama and Ayers back in 2008 that was denied is all true, and Ayers has now admitted it, because what’s to lose? America’s finally in decline, everybody’s getting what they want, nobody can do anything to Obama now, so what the hell, why not admit it? And Ayers did.

And ‘inconvenient’ for Progressives…

***Our weekly article will be delayed by one day or so, as we are writing on Glenn Beck’s disclosures Monday. Beck doesn’t threaten, he keeps his promises. Giddy up…

Glenn: “After what I have learned this week I’m a changed person.”

Glenn Beck to Regime: You’ve Got Until Monday To Come Clean on the Saudi National (Video) 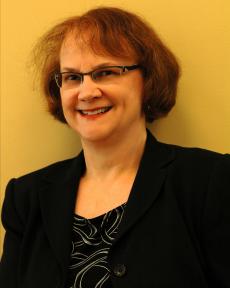 Pamela Costain assumed leadership of AchieveMpls in 2010, after four years as an elected member of the Minneapolis Board of Education.

In this role, she will work closely with the leadership of the Minneapolis Public Schools, the Board of Directors of AchieveMpls and business and community leaders to help ensure that Minneapolis students excel academically and are prepared for school, work and life.

Costain served on the Executive Committee of the successful Strong Schools Strong City referendum campaign in 2008 and was the first State Director for Parents United for Public Schools.

For 14 years, Costain was also Executive Director of the radical left Resource Center of the Americas, an “international human rights organization.”

In 2003, she helped found Wellstone Action, an organization dedicated to the legacy of Minnesota’s late Democratic Socialists of America aligned Senator Paul Wellstone, where she served as Director of Education and Training.

Pamela Costain traveled to Colombia with Paul Wellstone in November 2000 as part of the Senator’s attempt to stop U.S. support of that country’s anti-communist guerrilla war effort.

Bernardine Dohrn, one of the Weather Underground terrorist leaders of that time, has, in recent years, been an active supporter of Pam Costain’s Colombia Support Network.