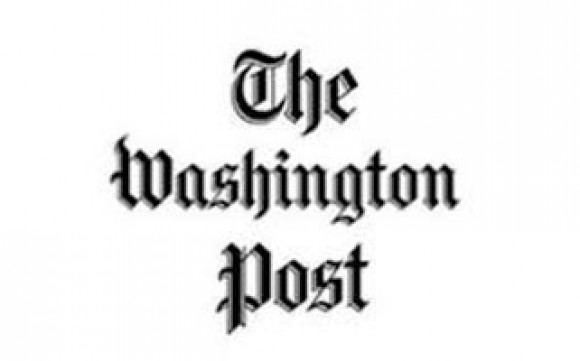 While the Post’s Martin Baron should be congratulated on deciding to cover the story in depth—he’s planning on sending a dedicated reporter—it took reader criticism to prompt the paper to do so. As this correspondent earlier outlined, the Post’s Sarah Kliff tweeted to Mollie Hemingway of Patheos.com that the story was “local crime” and that she focuses on policy, and therefore would not cover it.

Clearly, a story where an abortion clinic goes uninspected for decades and performs illegal, botched third trimester abortions resulting in the murder of viable babies has some policy implications. After all, how could this happen in America? And for decades? Dr. Gosnell routinely snipped the spines of babies which were born alive during his procedures, according to the grand jury.

“Martin Baron, The Post’s executive editor, offers a more mundane rationale for the newspaper’s lack of coverage: He wasn’t aware of the story until Thursday night, when readers began e-mailing him about it,” reported the Washington Post on April 14. “I wish I could be conscious of all stories everywhere, but I can’t be,” he said. “Nor can any of us.” The question is, did some of those reader emails include comments about Kliff’s tweet to Hemingway, which was made on April 11?

Kliff has since apologized for her comments, writing, “When I described the case of abortion provider Kermit Gosnell on Twitter last week as a local crime story, I was clearly wrong. The egregious and horrifying crimes committed in the physician’s West Philadelphia abortion clinic have become a matter of national attention.”

The Post’s coverage of the Gosnell trial as of this writing includes the original column explaining why it had not picked up the story, Associated Press coverage of the trial, a second-hand use of Philadelphia reporting, Kliff’s descriptive piece, an article covering Obama’s non-opinion of the case, a conservative column, and a policy piece by Juliet Eilperin, among others. Clearly, the paper is trying to let its readers know that it is now on the ball and covering the scandal. “The Post ran a full AP report on it in Saturday’s editions; the paper has also assigned its own reporter to cover the trial in Philadelphia this week,” reported the Post on April 14.

“Ultimately, the conspiracy of silence on Gosnell lies not with the press,” asserts Jonathan Capehart on April 16. Instead, “It lies with the workers at the clinic who allegedly participated in barbarous acts or allegedly watched them happen and said nothing. It lies with members of the community who knew about the alleged deplorable activity and conditions at ‘Women’s Medical Society’ and said nothing. And it lies with Philadelphia and Pennsylvania officials who fielded numerous credible complaints about Gosnell and did nothing.”

But, until a few days ago, not that many people were being told about these abuses. Media coverage clearly makes a difference, in this case.

“It’s too early to tell how the attention around Gosnell, who is now standing trial for the deaths of one woman and seven infants, will affect elected officials as they consider an array of new restrictions on abortion providers,” writes Juliet Eilperin on April 15 for the Post. “But the shocking nature of Gosnell’s alleged crimes has provided abortion opponents with new ammunition as they seek to impose new regulations on abortion clinics across the country.”

“At this point 29 states regulate abortion clinics in some way, according to Americans United for Life,” writes Eilperin. “This year 17 states are considering measures to regulate both the facilities and individuals performing abortions, though these proposals vary widely.” Could this have something to do with the original media blackout?

“We never decide what to cover for ideological reasons, no matter what critics might claim,” said Baron on the 14th. “Accusations of ideological motives are easy to make, even if they’re not supported by the facts.”

The Washington Post insists on covering the story as one of regulation, not policy. “What Gosnell was doing violated current law—rather than the stricter ones states are now contemplating—and the problem is state officials didn’t bother to inspect his facility,” writes Juliet Eilperin in her article, “Will Kermit Gosnell change the abortion debate?” “Even [Kristi] Hamrick [spokeswoman for AUL] noted that new restrictions are meaningless without rigorous enforcement,” she writes.

So how did this come to pass, in an era of legal abortions? James Taranto, a member of The Wall Street Journal’s editorial board, argues in an April 18th article that “back-alley abortions never ended,” even after Roe v. Wade, the 1973 U.S. Supreme Court decision that legalized abortion. He wrote that Pennsylvania Governor Tom Ridge, starting after his election in 1994, “did away with all regular inspections of abortion clinics.” He said that Ridge’s successor, Democrat Ed Rendell, “resumed the inspections only after the 2010 raid.”

The reason, according to Taranto, citing the grand jury report: Ridge’s administration “concluded that inspections would be ‘putting a barrier up to women’ seeking abortions. Better to leave clinics to do as they pleased.” This, even though, as the grand jury reported, “Gosnell was known as a doctor who would perform abortions at any stage, without regard for legal limits.”

The prosecution is seeking the death penalty for Gosnell, while eight of his former staffers have already pled guilty to various charges. “The grand jury’s report should also be seen as an indictment of America’s post-Roe abortion industry,” wrote Taranto. “Its indifference—at best—to legal limits made possible the deaths of untold numbers of babies, lending credence to the argument that legal abortion is a slippery slope to infanticide.”

“Meanwhile,” he concludes, “the claim that Roe v. Wade made America safe from back-alley abortion stands exposed as a cruel hoax, and a deadly one for women and children alike.”

Bethany Stotts is a freelance writer and former staff writer for Accuracy in Academia. She blogs at http://bethanystotts.wordpress.com/.