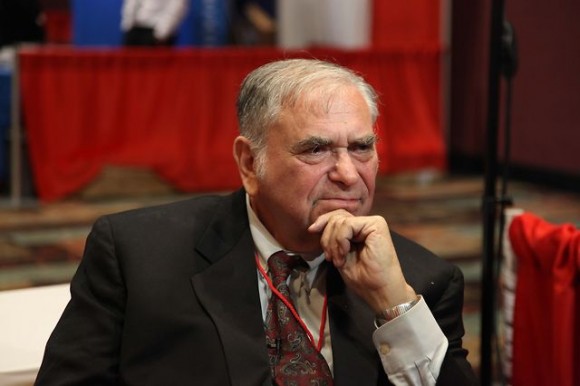 The death of Howard Phillips, 1941-2013, chairman of the Conservative Caucus, is a major blow to the conservative movement. He always stood for principle. He was a conservative first and last. He started a third political party when the Republican Party began drifting away from conservatism. A real family man, he is survived by his wife Peggy, six children, and 18 grandchildren.

Since there seems to be some confusion about the meaning of the term these days, it is important to define “conservative.” A true conservative, like Howard Phillips, one of the founders of the modern conservative movement, believed and affirmed traditional moral and religious values, a strong national defense and economic freedom.

He was one of the early leaders of Young Americans for Freedom, the same group that attracted my political interest when I was in high school. Over the years you never found Howard getting “trendy” by signing on to liberal causes like the “gay rights” agenda. In fact, his newsletter, the Howard Phillips “Issues and Strategy Bulletin,” was quite blunt, referring to homosexual activists as “sodomites,” or “perverts.”

He gave government service a try and attempted to reform the government from within. As his bio notes, Howard resigned from the Nixon Administration when it failed to defund many of Lyndon Johnson’s so-called Great Society programs. He popularized the notion of defunding the left by drying up their sources of government support.

He was “right” in more ways than one.

As I went over my articles about his views and pronouncements over the years, I was struck by how right he was.

Howard opposed the first President Bush’s nomination of David Souter for a seat on the Supreme Court. He opposed Souter from the start, and is one of the few who had correctly analyzed his record and predicted how he would turn out. Staunchly pro-life, Howard discovered that Souter had voted to permit abortion at a hospital in New Hampshire on whose board of trustees he served. On that basis, Phillips opposed him. Souter’s pro-abortion record was an indication that he was liberal on other social issues. Howard was proven correct.

Phillips also predicted that Sandra Day O’Connor, a Reagan nominee, would turn out to be pro-abortion on the court. He noted that she was a pro-abortion member of the Arizona State Senate and a liberal judge on the Arizona Court of Appeals. “She was chosen because of her gender and a desire to attract to the GOP the support of feminists,” he said. Again, Howard stood with principle.

When O’Connor gave a speech declaring that the court would increasingly make its decisions in deference to international law and foreign opinion, Phillips said she had violated her oath of office—swearing allegiance to the U.S. Constitution—and that she should be removed from office.

Howard didn’t make excuses for conservatives—even if it was Ronald Reagan—when they bowed to liberal pressure. And he held Republicans accountable when they voted for President Obama’s agenda. One of the regular sections of his newsletter was “GOP betrayals.”

On foreign policy issues, he never trusted Communist Russia, China, or the United Nations. He supported Reagan’s policy of aid for anti-communist freedom fighters, known as the Reagan Doctrine, but denounced the George W. Bush Administration when it abandoned one of those freedom fighters, Jonas Savimbi, the legendary guerrilla leader of UNITA (the National Union for the Total Independence of Angola).

A strategic thinker who understood the international communist threat, one of Howard’s books was Moscow’s Challenge to U.S. Vital Interests in Sub-Saharan Africa, written in 1987.

It was a highlight of my life when I was honored to receive the Andrew Jackson “Champion of Liberty” Award from Howard and the U.S. Taxpayers Alliance on September 17, 2008. The award was given on the Conservative Caucus 8th annual commemoration of Constitution Day.