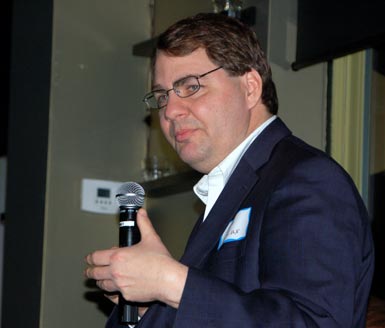 Mike Lux is an important strategist for the far left of the Democratic Party. He is the Co-Founder and President of Progressive Strategies and is one of the most influential “progressives” in America.

From January 1993 to mid-1995, Lux was the Special Assistant to the President for Public Liaison in the Bill Clinton White House. Before that, Lux was the Constituency Director on the 1992 Clinton-Gore campaign and the presidential Transition Team, as well as a senior staff member in the failed 1988 Joe Biden presidential campaign.

In November 2008, Lux was named to the Obama/Biden Transition Team. In that role, he served as an adviser to the Public Liaison on relationships with the “progressive community” and gave strategic advice on structuring the Office of Public Liaison based on his past experience working on the Clinton/Gore Transition Tea,, as well as in the White House.

A mid-westerner by birth, Lux was active in Iowa and Nebraska politics in the 1980s. While serving with Iowa Citizen Action Network in that time, Lux was also a member of the US’ largest Marxist organization, Democratic Socialists of America.

He is apparently still in the DSA orbit. When Democratic Socialists of America-controlled Midwest Academy held its annual award ceremony on December 12, 2012, at the Eatonville Restaurant, Washington D.C., Mike Lux was given a Progressive Leadership Award.