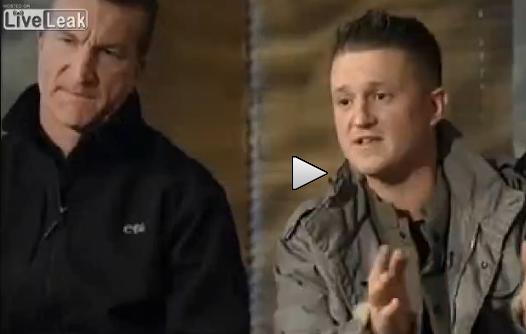 They had hoped to cause mass casualties, including EDL Leader Tommy Robinson. Luckily, Tommy’s inability to attend the demonstration meant that it finished earlier than planned and the would-be terrorists turned up only to find out that everyone had already gone home.

To add to their disappointment, an alert police motorway patrol pulled them over on the M1 for not having proper insurance. The police only stumbled upon the car’s deadly cargo two days later. The car contained a cache of weapons, including 2 sawn-off shotguns, Japanese samurai swords, machetes and an “array” of assorted other knives. The prize pieces of the arsenal were two professional display firework explosives packed with shrapnel including nails and ball-bearings.

The indiscriminate blasts could have been devastating.

One of these Jihadi fanatics is said to have ties to a group of fellow Brummies jailed last Friday for planning to set off 8 – 10 suicide bombs in crowded places. While handing out long prison sentences of 18 and 15 years to two of the group, the judge took pity on the third member, Irfan Khalid, who is reported to be “in the bottom 2%-5% in terms of cognitive ability”. We wonder if the judge would be as sympathetic to a stupid self-radicalising extremist (don’t mention the I word) if he had stopped to consider the pain, anguish and grief of the survivors of the Boston bombing and what devastating effects the armed attacks both groups had planned would have had.

We were lucky this time, we may not be so lucky the next.