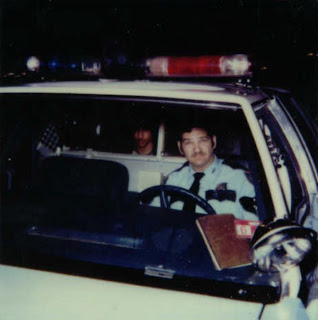 I may have written on this subject in the past; but was reminded by an entry on Facebook of the many excuses given police officers. This particular entry had to do with a bumper sticker plastered on the back of a car.

“I’m only speeding because I gotta poop!”

As far as bumper stickers go, that ranks right up there with, “Stop the Violins and bring me Whirled Peas”.

A friend of mine said his sure fire way of getting out of a ticket, claims it works every time; pick your nose while the cop is walking up next to your window and wipe it off on your shirt. I suppose being disgusting might work; don’t count on it.

I’ll share one officer’s unofficial policy, something given me when I began working as a rookie cop. My senior officer had years of experience and shared some of that wisdom, a philosophy which put things in perspective. He went on to explain that traffic laws need to be enforced; but remember, it’s only a traffic ticket.

“If you stop someone for a minor traffic violation on their birthday and they have a driver’s license, let them go and wish them a Happy Birthday”.

That made pretty good sense, public relations and law enforcement combined; but my senior partner’s next piece of advice was the real page turner.

“If you stop someone for a minor traffic violation and they tell you a story that you’ve never heard before…cut them loose; never mind if you believe it or not, cut them loose too.”

That thought process made for some interesting moments over my twenty years of service. I suppose this is another reason I’m against camera issued traffic tickets; no room for conversation with a mechanical device that acts as judge and jury as it sends you an envelope to mail back your fine.

I should start off by explaining there are certain things that don’t work, or at least they don’t work most of the time when it comes to trying to get out of a ticket. You might want to jot this down for future reference…

If you’re a moderately attractive female in your late teens or early twenties, don’t expect to get out of a ticket by flashing a little extra skin. Then, and this is important, if the officer isn’t impressed with the flash of skin; don’t say something really dumb like, “You can’t write me a ticket, my uncle is Judge Soandso”.

If the officer continues to write the ticket and hands you the form to sign, don’t throw the ticket book along with the officer’s pen out the window followed by a temper tantrum there on the side of the road. Kicking the door of your car for effect is not advised; attempting to kick the nice police officer is also a poor choice. The officer will probably explain that such behavior could end up with a trip to jail.

Never, under any circumstances, tell the officer, “You can’t take me to jail”, or “You can’t put those handcuffs on me”. These short sentences will only make the nice police officer smile or perhaps even salivate.

Okay, enough about misguided youth leaning things the hard way. Here are some of the excuses which actually have been used while attempting to get out of traffic tickets; some worked, others did not.

“Officer, I just finished washing my car and I was trying to blow the water droplets off to keep them from leaving spots on the paint job.”

This one actually worked the first time, my being an enthusiast of car maintenance and efforts required to keep them nice and clean. It didn’t work the following week when luck would have me pulling over the very same fellow; gotta’ trust in lady luck some times.

“Officer, I called the bus barn to let them know my brakes were out and they told me to bring it right in.”

My partner and I thought it odd a Metro Bus driver might be trying to make a run to avoid being stopped as he ran through a few of red lights at the edge of downtown. Eventually the slow speed chase coasted to a halt.

The bus driver might not have been the sharpest pencil in the box as he trembled and shook off his fears. Now I would have let the idiot go under Part B of the aforementioned unofficial policy and simply called for a heavy duty wrecker; but my partner had no problem whipping out his ticket book and issued several red light tickets.

I know I’ve shared the next one more than a few times; but it still holds First Place in my twenty years, the best excuse I ever heard bar none.

I was set up at the corner of Commonwealth and Westheimer and observed a garbage truck bust through a red light by several car lengths. The fact that he didn’t get somebody killed was a miracle as I engaged pursuit and quickly pulled him over.

Upon walking slowly up to the driver’s side window, a very dark skinned black fellow handed me his license, perspiration dripping off his forehead looked like beads of oil.

“Could you write fast, Officer, I’m on an emergency run.”

I let that sink in for a moment, handing him the license back and trying not to laugh at the ridiculous excuse of an excuse. That might have ended the exchange except for the fellow in the passenger seat of the garbage truck.

I have to admit, I nearly lost it as I continued walking toward the patrol car, my back to these two fools thinking I was gullible enough to buy into such a wonderfully composed lie. I must have told that story a hundred times over the years; still my favorite ticket that never was written.