UK Jihadist after beheading British soldier: “You people will never be safe”

Woolwich attack – you will never be safe

‘We swear by almighty Allah we will never stop fighting you’: What man holding bloody cleaver said after ‘hacking soldier in Help For Heroes T-shirt to death just yards from Woolwich barracks’

Beheading in the Name of Islam 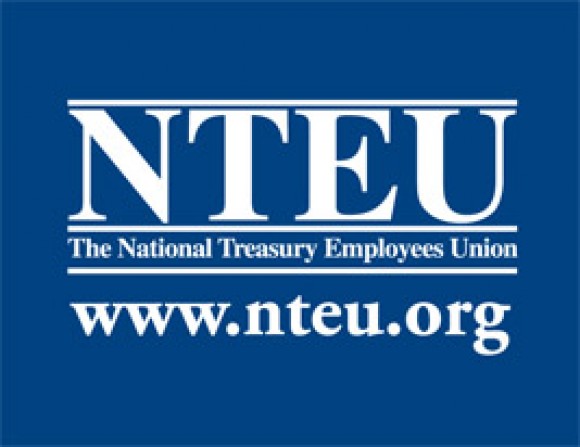 Jeffrey Lord’s story in the American Spectator about a “smoking gun” in the IRS scandal has backfired. He implied that the head of the IRS union had personally met with President Obama to plot against the Tea Party when there is no evidence of such a meeting or such plotting. Instead, as the Daily Caller and U.S. News & World Report have reported, the union chief had been part of a “Workplace Flexibility Forum” in the Old Executive Office Building attended by 200 people and featuring Obama as a speaker.

Lord is a fine columnist, but Wall Street Journal columnist Kimberley Strassel had previously pointed out that the smoking gun evidence of presidential wrongdoing has been right in front of us all along, in the form of various statements by the President and other administration officials attacking and demonizing the Tea Party, as well as demands from Democrats and their allies that conservative groups be scrutinized by the IRS. This was pressure from above that had its intended effect—to disable the Tea Party movement during the 2012 elections.

“The media and Congress are sleuthing for some hint that Mr. Obama picked up the phone and sicced the tax dogs on his enemies,” Strassel commented. “But that’s not how things work in post-Watergate Washington. Mr. Obama didn’t need to pick up the phone. All he needed to do was exactly what he did do, in full view, for three years: Publicly suggest that conservative political groups were engaged in nefarious deeds; publicly call out by name political opponents whom he’d like to see harassed; and publicly have his party pressure the IRS to take action.”

In fact, the pressure came not only from the Democratic Party, but from various George Soros-funded groups and journalists, one of whom, Seth Rosenfeld, obtained personal financial information about filmmaker Joel Gilbert and his financial backers. The Gilbert case, which involves a massive invasion of privacy and harassment of donors to an anti-Obama film, is potentially even more serious in a legal sense than scrutiny of Tea Party groups by the IRS. In addition, the IRS reopened Gilbert’s 2009 tax return, and simply denied all of his business expenses, even though they were well-documented.

Amy Pyle of the Center for Investigative Reporting (CIR) asked that I correct my article on this aspect of the scandal, saying that, “While Seth has done some freelance work for us in the past, as for many other outlets, he is not an employee here nor is he on any contract with us.”

I had reported that Rosenfeld “works” for the CIR and in fact he is listed on its website as a “correspondent” for the group. That suggests an on-going relationship. I told Pyle there would be no correction. In fact, why doesn’t the CIR help us get to the bottom of this scandal?

The CIR is funded by the Open Society Institute of George Soros and other liberal foundations. Its “media partners” include the Arab government-funded Al Jazeera English—a mouthpiece for the Muslim Brotherhood—The Daily Beast, The Washington Post, the Los Angeles Times, National Public Radio and PBS.

With these collaborators, it would appear that an investigation of Rosenfeld and his methods would have to come from Congress, rather than the media. Such a probe might help get to the bottom of the IRS scandal, although he would undoubtedly refuse to identify his sources in the government.

The progressives understand that Obama did not need to personally order this probe and are trying to discredit any reports or suggestions to the contrary. In this manner they hope to save Obama from impeachment, as various scandals continue to grow and implicate the White House in lies and cover-ups.

Jeffrey Lord was justified in asking why National Treasury Employees Union (NTEU) president Colleen Kelley was at the White House. His mistake was assuming that her listing in a White House visitors log suggested some kind of high-level, one-on-one meeting with the President. His other mistake was assuming he could ever discover what they discussed, if such a meeting took place.

He won’t retract his story, saying “it is crystal clear there is a relationship between the NTEU and the Obama White House,” adding that Kelley has described her view of this relationship as being about “collaboration.”

He added, “As an ex-White House aide myself it makes no sense that someone in her position has as much access as she does to the White House and the President…speaks glowingly of ‘partnership’ and ‘collaboration’…yet has zero communication on a subject on which the President, his staff, and his congressional allies (Pelosi, Reid, Schumer, Franken etc etc) have been loudly emphatic—The Tea Party.”

But communications of that nature, because of the relationship he described, was not necessary. Obama’s allies got the message without a smoking-gun meeting or memo. I think Strassel was making this same critical point in her column that was appropriately titled, “The IRS Scandal Started at the Top.”

From my friends in Australia at the Carbon Sense Coalition:

The Carbon Sense Coalition today called on the Australian federal government and the opposition to abolish all renewable energy targets, certificates and subsidies.

The Chairman of Carbon Sense, Mr Viv Forbes, said that it was time for those who worship wind turbines to pay their full cost, and not force other electricity consumers and tax payers to pay for a costly, unreliable and obsolete method of generating electricity.

“Wind power has been around since Don Quixote and it belongs in an industrial museum not in a modern economy.

“For too much of the time, the wind just sucks subsidies when it should be turning turbines.

“The 20% renewable energy target is unachievable without perpetual government mandates and subsidies and should be abolished.” Green worshippers tell us “The wind is free.” But wind power is not free. All natural energy resources such as coal, wind and sun appear “free” – no one has to incur costs to create them. But turning a “free” resource into usable electricity costs money for collecting, generating and distributing that energy. To consumers and tax payers, the real cost of wind power is very high, no matter how well it is hidden by politicians.

Wind power is not reliable. No one can make the wind blow when the energy is needed – in fact, wind farms produce, on average, less than 30% of their nameplate capacity, often at times of low demand and low electricity prices. Not one conventional power plant has been replaced by wind – the old reliables stay there, incurring maintenance costs, because they are still needed as backup for the many times when there is zero wind power. In cold still weather, wind turbines actually consume power from the grid to keep them from freezing up – they are better at harvesting subsidies than harvesting wind. This unpredictable waxing and waning of the wind also increases the chances of sudden brownouts and surges on electricity networks.

Like hydro-power, wind power is limited, with few suitable sites. And every wind turbine slows the wind, thus reducing the wind energy available to any downwind turbines. It is “renewable” but it is not unlimited.

Wind power is justified by claims that it reduces emissions and thus reduces global warming. However, when all the steel, concrete, construction, roads, transmission lines, backup, maintenance, replacement and rehabilitation are taken into account, wind power contributes nothing to reducing emissions or changing global climate.

However wind turbines DO change the local weather. Wind is the major component of weather. Winds bring moisture to the inland, dilute and clear pollution from the cities, and change air temperatures everywhere. Wind towers rob the wind of its energy, affecting local wind speeds and changing local weather patterns, and the more there are, the greater the effect.

Wind power is an expensive, intermittent and limited energy source that degrades the environment, kills birds, but does nothing to improve global climate.

There should be no special subsidies, tax breaks, market mandates or regulations for any energy technology – all should compete on an equal basis and all consumers should be free to choose their supplier.

Wind energy should be paid for by those who want it, not by captive taxpayers or electricity consumers.