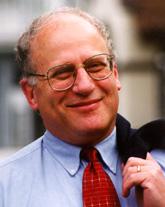 Frank I. Smizik is a stealth socialist State Representative from Massachusetts.

He has represented the 15th Norfolk District in the Massachusetts House of Representatives since 2001. He is the current Chair of the House Committee on Global Warming and Climate Change.

Smizik is married to Julie Johnson, a lobbyist for the Massachusetts Teachers Association and a leading member of Boston Democratic Socialists of America. Smizik was also an open Marxist back in the 1980s, when he too was listed as as a member of DSA.

Smizik is pretty discreet about his socialism, as he moves his way through the Democratic Party.

As Chairman of the new House Committee on Global Warming and Climate Change, Representative Smizik hopes to “ensure that all legislation relating to transportation, energy, capital infrastructure and economic development policy takes into consideration the challenge of global climate change and includes appropriate mitigation and adaptation measures.”

In March 2009, Rep. Smizik joined 30 state and local leaders from across the country in Washington to meet with members of Congress to urge support for legislation that will lead to an increase in freight rail capacity.

Smizik is a member of Go21, a national public interest organization that advocates the public benefits of moving freight by rail, such as increased fuel efficiency, reduced greenhouse gas emissions and easing traffic congestion. Go21 members are joined in the ninth annual Railroad Day on Capitol Hill by 300 representatives of the nation’s freight railroads and rail supply industry.

In late 2009, he was one of more than 1,000 state legislators to sign a letter entitled “State Legislators for Progressive Health Care Reform.” The letter was a project of the Progressive States Network and was developed in consultation with national health care reform advocates, including the AFL-CIO, AFSCME, Community Catalyst, Families USA, Herndon Alliance, National Women’s Law Center, Northeast Action, SEIU and Universal Health Care Action Network. The letter reads in part:

“Failure to pass national comprehensive health reform now will further jeopardize state and local budgets, undermining public services like education, public safety, and transportation infrastructure… We, the undersigned, call on President Obama and the Congress to enact bold and comprehensive health care reform this year – based on these principles and a strong federal-state collaboration – and pledge our support as state legislators and allies in pursuit of guaranteed, high quality, affordable health care for all.”