FORT STEWART, Ga. – The bond between a military police and his military working dog is very special. This bond is built upon a high level of trust and companionship. When joined together, they become a working team that stretch beyond the battlefield. 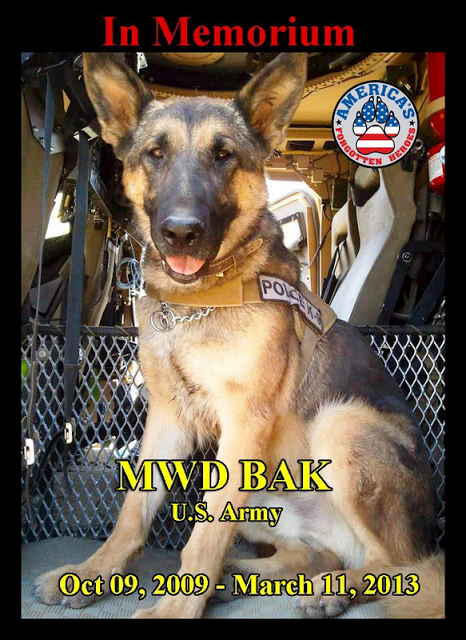 KHanrahan (h/t Savage) When an MP loses the other half of his working team on the battlefield, it can be very hard to deal with.

On March 11, Staff Sgt. Bak, a military working dog, along with his handler, Sgt. Marel Molina, both assigned to the 93rd Military Working Dog Detachment, 385th Military Police Battalion, 16th Military Police Brigade, were injured by enemy gunfire in a blue-on-green attack. Bak passed later that day during surgery from wounds he received.

On May 14, the Fort Stewart community paid tribute to Bak at a Memorial Ceremony held at the MWD Kennels at Wright Army Airfield. 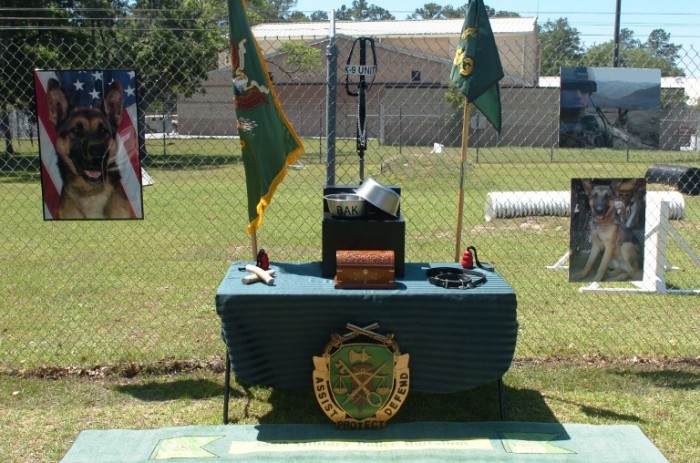 There was nothing better than seeing those Afghan mountain peaks slowly turning from brown to white. It seemed that, as the snow melted away, US Army Sergeant Marel Molina and his Military Working Dog Bak’s time remaining in Afghanistan withered away day by day.

But Sergeant Molina couldn’t think about going home today, even though he was a short two months away. He had work to do.

No, that wasn’t right. He and MWD Bak had work to do. He was always impressed that many of these Green Berets could speak Pashtun, one of the predominant languages in Afghanistan.

Looking over his shoulder he spied the 100-pound working dog lying in the back of the Razor, his thick mahogany coat with black tipping made him a picture-perfect German shepherd, fit for the movies. The dog dozed in and out of wakefulness, but Sergeant Molina knew in a snap of his fingers MWD Bak would be focused on one thing—finding buried explosives.

The Green Beret team knew this as well. MWD Bak had already used his extraordinary explosive-sniffing skills to unearth six improvised explosives that surely would have wiped out the entire team by now. 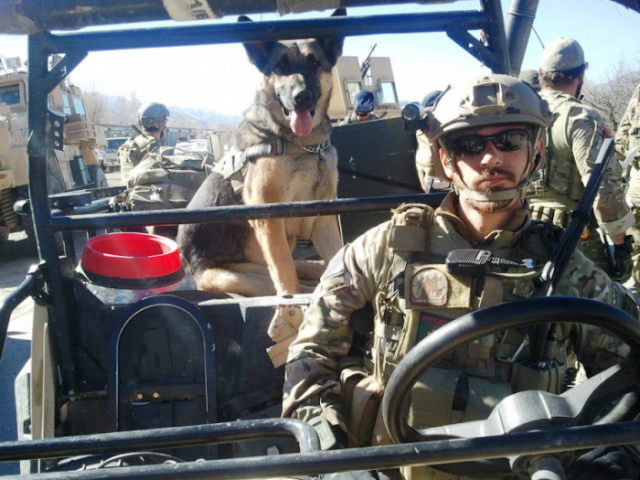 His Majesty MWD Bak could lounge anywhere he wanted. It didn’t matter when, where, or with whom. The three-year-old shepherd was always ready for duty.

Sergeant Molina scanned the group of Afghan local policemen and thought he recognized a few of them. The Green Berets frequently patrolled with the local men, trained with them, and tried to assist them in policing their country. But it was hard to keep them all straight with their constant turnover.
The Afghan men were a ragtag bunch with look-alike uniforms in varying states, pockets and pouches stuffed with who knew what, in gear strapped to their chests that included an American AK-47.
Today for patrol, their motley crew consisted of a squad on infantry from the 3rd Infantry Division, a handful of Green Berets, Sergeant Molina, and MWD Bak. Captain Pedersen shook the hand of the Afghan local policemen’s leader and turned to brief the Americans. Then all hell broke loose. Gunfire, screaming, and pleas for help filled the air. 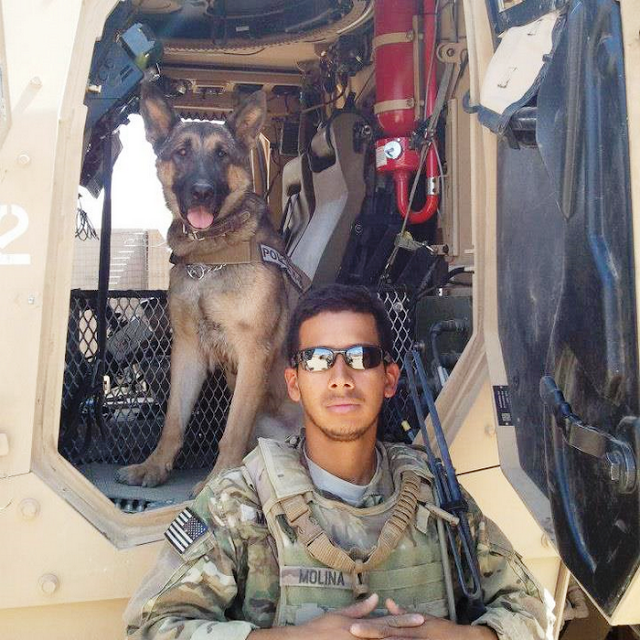 An Afghan local policeman turned his AK-47 on the group and shot wildly into the group of Americans. Sergeant Molina felt something slice through the left side of his neck. He dropped to the ground next to Captain Pedersen.

In seconds the shooting was over and the rogue Afghan local policeman was gunned down by a Green Beret. But not before the policeman had injured a handful of American soldiers, killed Pedersen, and members of the infantry squad participating in that day’s mission.

Blood flowed from Sergeant Molina’s neck, but he couldn’t feel the pain yet. He stood up and his knee felt like he had hit it on a rock or gotten a “charlie horse.” Then he saw blood dripping from his right knee and a hole in his pants. 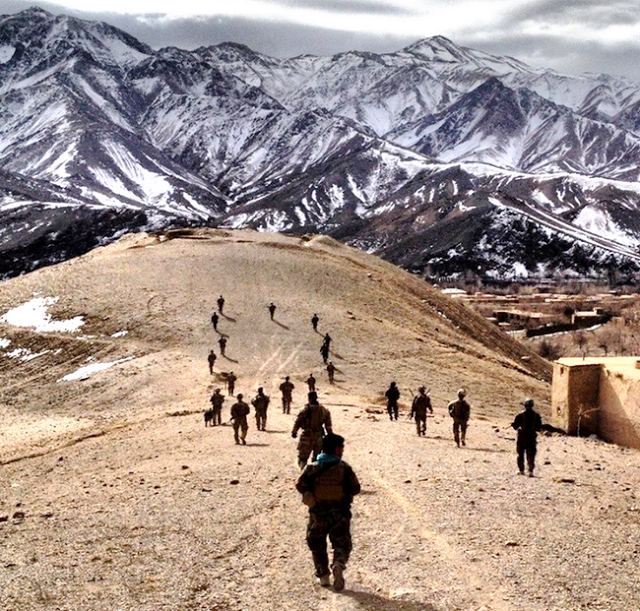 Adrenaline rushed through his body as he wobbled over to a fallen comrade and began to conduct first aide on the fallen man. The soldier was a lot worse than Molina. He would be lucky to make it.

Once a medic relieved him, Molina pulled security on the other Afghan policeman and then assisted in disarming them. With the threat neutralized and the adrenaline subsiding, Sergeant Molina realized he hadn’t heard from MWD Bak.

Initially when Molina had dropped to the ground he had seen Bak lying calmly on the Razor vehicle. The dog had nerves of steel; he had been hit before with shrapnel from a rocket-propelled grenade and barely whimpered. “Bak, come here boy.” A spike of fear shot through his body when Bak didn’t move.

He rushed to his dog and panic ripped through him as he realized Bak’s once mahogany hind legs were wet and dark with his own blood.

“Medic,” screamed Molina as he ripped open a box of field bandages and tried to locate the entrance wound. As he touched Bak, the dog’s eyes fluttered and Molina knew he was losing consciousness. He would go into shock next. The medic arrived and handed a catheter to Molina who inserted it into Bak’s leg. The dog needed fluids immediately. 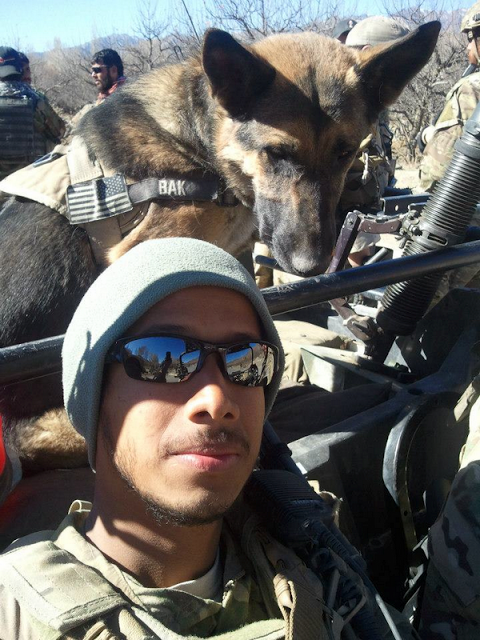 “It’s all right buddy, Daddy is right here, pal. You’re going to be fine,” said Molina as he watched his battle buddy gasp for air. Molina knew the dog had internal bleeding. Molina wondered what that bullet had ripped through inside Bak.

As Molina lay in a hospital bed at Bagram Airbase awaiting surgery, the veterinarian came in with a somber face. Tears streamed down Molina’s cheeks. He already knew what was the veterinarian was going to say. “I’m sorry, Sergeant, but Bak bled out internally. He’s left us.” They had been so close to going home. Now only one would go.

Sergeant Marel Molina received lifesaving surgery at Bagram Airbase Afghanistan, was evavced to Landstuhl Regional Medical Center in Germany and then to Walter Reed Hospital in Washington, DC. He has moved from crutches, to a cane, to walking on his own. He has high hopes for being completely off aids soon and is very close to a full recovery. 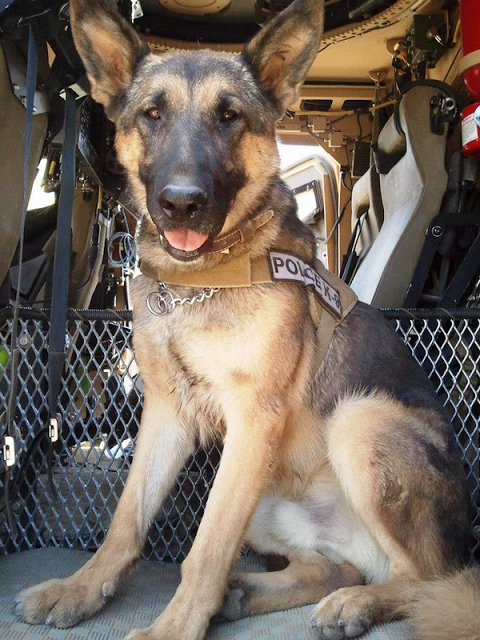 Physically he will heal, but mentally he will never be the same. He will never forget his battle buddy Military Working Dog Bak and the images of him lying on that chopper, bleeding out, and Molina powerless to help him.

As a country we celebrate Memorial Day to remember the men and women who fought and died for this country. But for those that fought beside them, we also think of our four-legged soldiers who made the ultimate sacrifice.

Please remember Military Working Dog Bak and the others like him who made the ultimate sacrifice for our freedom. 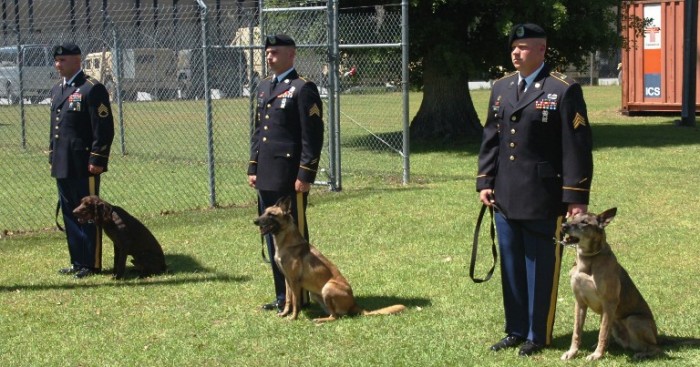