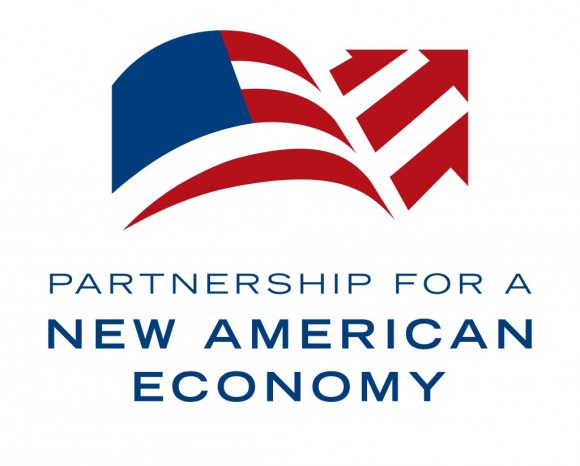 Big media corporations are lobbying for passage of the Gang of Eight’s 844-page immigration bill, S. 744. Critics call it amnesty.

In addition to Rupert Murdoch’s News Corporation (the parent of Fox News), the companies include:

The heads of these corporations are members of the Partnership for a New American Economy, and are counting on Senate Majority Leader Harry Reid (D-NV) to push the bill through the Senate in June. It has already passed the Senate Judiciary Committee.

President Barack Obama and Vice President Joe Biden met with a group of illegal aliens in the White House on May 21. “As the meeting was wrapping up, the President reiterated his commitment to passing a bipartisan, commonsense immigration reform bill this year,” the White House said.

Michael W. Cutler, an immigration enforcement expert with 30 years of experience as an Immigration and Naturalization Service (INS) agent, wrote a special report for AIM saying the Senate bill should be known as the “Terrorist Assistance and Facilitation Act”

Rupert Murdoch, chairman, CEO & Founder of News Corporation, is one of the co-chairs of the Partnership for a New American Economy, which is working with two other groups, Republicans for Immigration Reform and Barack Obama’s Organizing for Action (OFA). The latter is the Obama campaign apparatus that was turned into a tax-exempt, non-profit organization and claims to be a “social welfare” organization within the meaning of section 501(c)(4) of the Internal Revenue Code.

However, Rebekah Metzler of U.S. News & World Report reports that Organizing for Action has not yet filed for tax-exempt status. Conservative groups applying for this status have been targeted for added scrutiny and long delays by the IRS.

These three groups are part of “The March for Innovation,” which claims that the “outdated immigration system is costing our economy talent, jobs, and innovation…,” and supports so-called “immigration reform.” Arianna Huffington of The Huffington Post, the largest online news outlet in the U.S., is one of the group’s “partners” in the coalition.

With most of the major media lined up in favor of the bill, opponents of the legislation are counting on a fair hearing from Fox News.

But ABC News notes that Fox News owner Rupert Murdoch, Australian born and a naturalized U.S. citizen, “has become an outspoken advocate for immigration reform and mass legalization of the country’s undocumented immigrants…” The story went on, “Whether Murdoch’s personal views will percolate through his network, or at least temper criticism on the airwaves of those who don’t share it, remains to be seen.”

“The liberals are at it again working to impose amnesty on the American people, just as they tried in 2007,” says conservative leader Phyllis Schlafly, President and Founder of Eagle Forum. “This bill puts responsibility for securing the borders and reforming our immigration system solely into the hands of the Obama Administration, which has made a policy of refusing to secure the borders and enforce immigration law. This is particularly problematic as we are learning more each day about the Administration’s Obamacare failures and abuses, and especially now in light of the shameful scandals involving the IRS and Associated Press. We cannot trust the Obama Administration. This is the wrong bill at the wrong time!”

A letter signed by these conservatives claims that the bill:

Is bloated and unwieldy along the lines of Obamacare or Dodd-Frank;

Despite Murdoch’s role in promoting the bill, six Fox News contributors signed the letter opposing it. They are:

On the other hand, Fox News and radio host Sean Hannity says his views on immigration have “evolved” and that he now favors a “a pathway” to citizenship for illegal aliens.

The National Citizenship and Immigration Services Council, a union of more than 12,000 immigration agents, says it “was not consulted in the crafting of the Gang of Eight’s legislation. Instead, the legislation was written with special interests—producing a bill that makes the current system worse, not better. S. 744 will damage public safety and national security and should be opposed by lawmakers.”

Chris Crane, President of the National Immigration and Customs Enforcement (ICE) Council, says, “The legislation before us may have many satisfactory components for powerful lobbying groups and other special interests, but on the subjects of public safety, border security, and interior enforcement, this legislation fails. It is a dramatic step in the wrong direction.”

Demonstrating that Fox News continues to cover both sides, at least for a while, Crane has appeared on the Lou Dobbs show on the Fox Business Network. What’s more, FoxNews.com ran a story highlighting criticism of Obama from Senator Jeff Sessions and Rep. Bob Goodlatte for meeting with illegal aliens but refusing a meeting with representatives from the National ICE Council.

One thought on “Big Media Lobby for Immigration Bill”